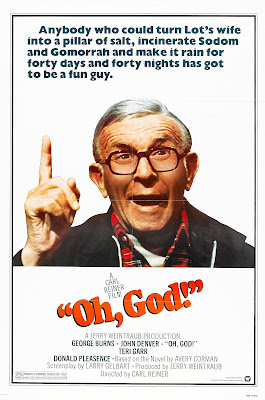 Los Angeles grocery store worker, John Denver, is contacted by (one of the Christian mythology versions of) God (played by George Burns) in order to help spread the word that God exists. So, what can Denver do that the millions of people who already do that daily cannot? He contacts the Los Angeles Times.  Amazing.  Somehow, that works and he soon becomes a local celebrity for talking to God. Things snowball and before you can say “If a good woman's good husband dies and she eventually remarries an equally good man…who will she spend eternity with in Heaven?” Denver is being interrogated by a grumpy group of religious leaders who don’t appreciate him weaseling in on their everlasting tax-free sacred cash cow.

Released way back in ye olde 1977, OH, GOD! was advertised as a comedy, but I failed to see the humor in moments that are supposed to be amusing. For example: Denver’s character is a non-believer, so in order to prove that he’s God, God does annoying crap like make it rain inside Denver’s car (great, now my whip is ruined.) or magically appear inside Denver’s bathroom while he’s showering (what the fuck is wrong with you, dude?). The entire film is full of moments equally as hilarious.

Besides the completely flat comedy moments, I was also disappointed in the overall story. It was dumbed down, dull and depressing.  Think about it.  Our Creator appears to Man…and all he does is pester / terrorize (he threatened Denver with lightning inside the car) / force the human into helping him?  What the fuck kind of maniac does that?  If a human did that to another human, it'd be a felony!  The God character is also capable of miracles (obviously), but he doesn’t do anything productive throughout the entire movie. No miracles (outside of some disappearance crap and that stupid rain trick), no helping people, no curing diseases.  Nothing!  Fuck him. If God showed up while I was driving and asked for help spreading the word about him, I’d drive his selfish ass over to a children’s hospital or a homeless shelter and tell him to fix that shit first!  Lazy fucker.  Also, how is it helpful knowing that God "exists" if she / he doesn't do anything?

I don't know.  Maybe I'm not the right audience for this film and just overthinking the whole thing.  I admire Carl Reiner and George Burns, but I'm saying "Goodnight, Gracie" to this motherfucker.  Dated special effects, average acting, horrible script, interesting old Los Angeles locations, old cars, slow pace, impressive supporting cast that is completely wasted, disappointing ending.  That said, OH, GOD! made more money at the box office in 1977 than ANNIE HALL did, so what the fuck do I know?

I am curious what hardcore Christians think about this movie?  I'm talking hardcore fuckers who "don't chew gum because gum is a hypocrite.  It lies to your stomach that food is coming" hardcore!  Because the entire thing seems blasphemous and doesn't present God in a positive manner. 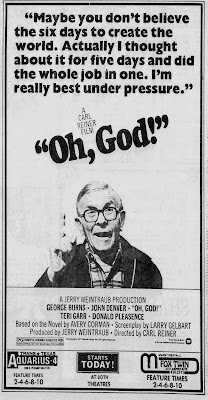 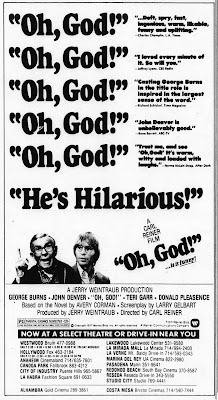 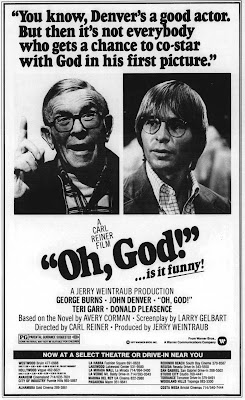 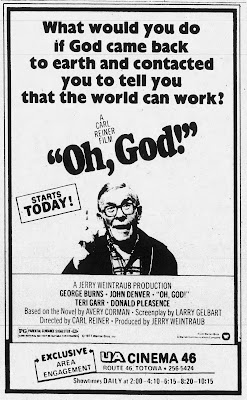 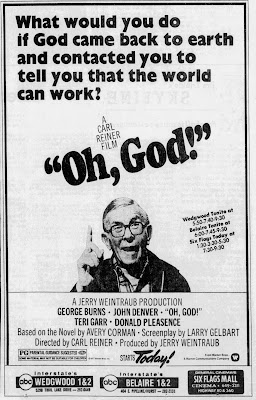 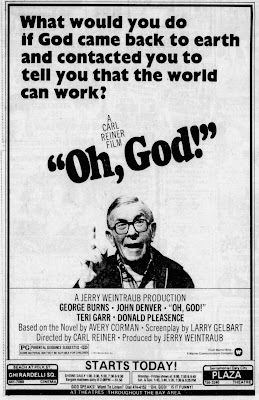 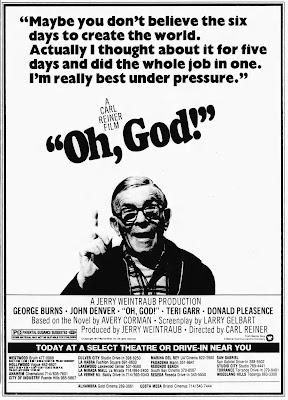 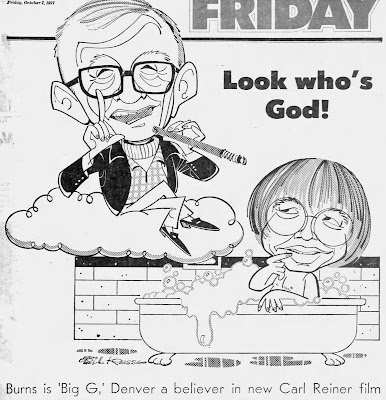 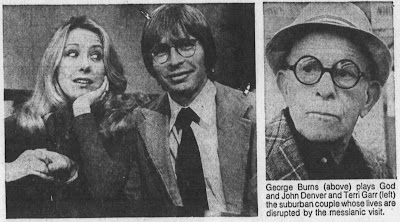 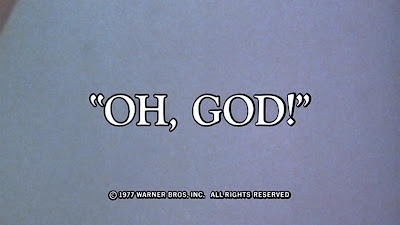 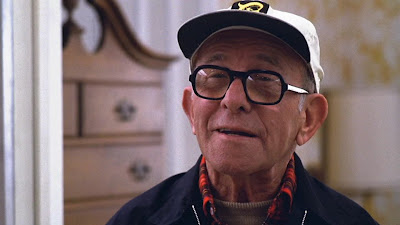 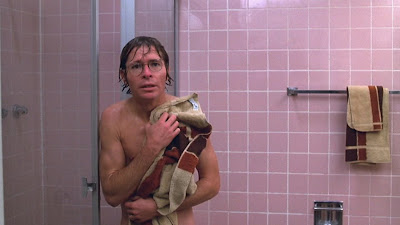 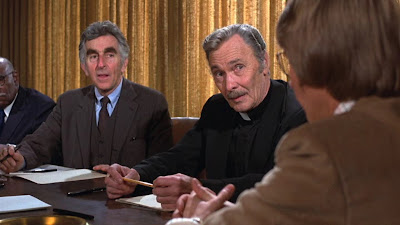 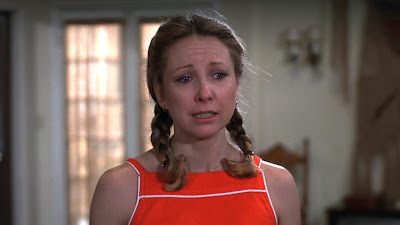 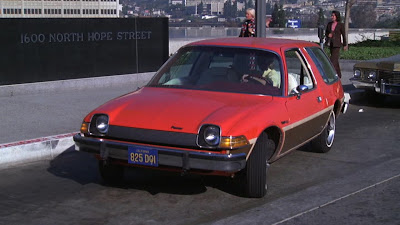 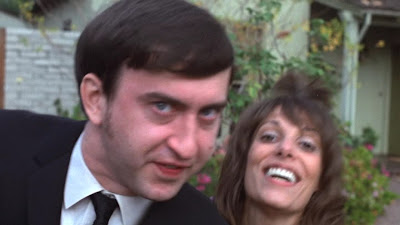 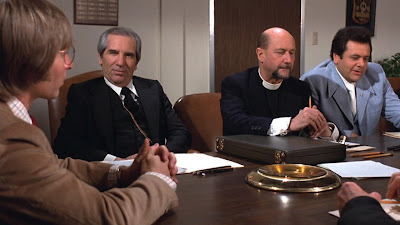 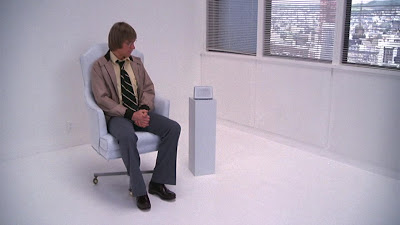 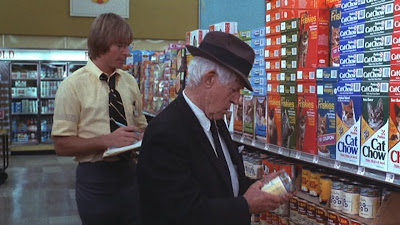 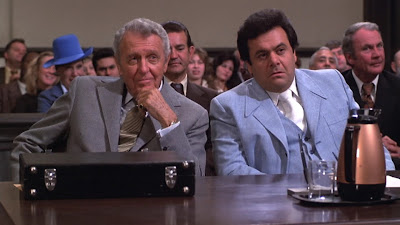 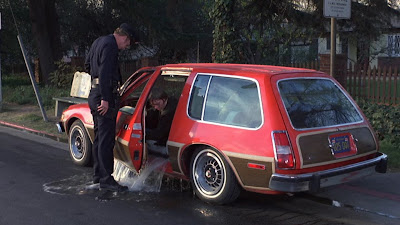 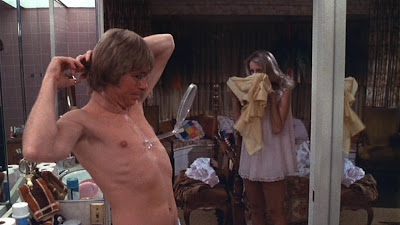 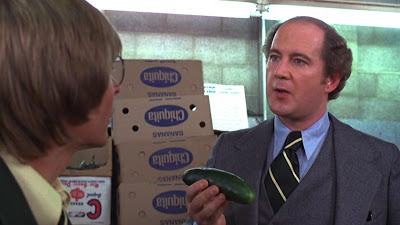 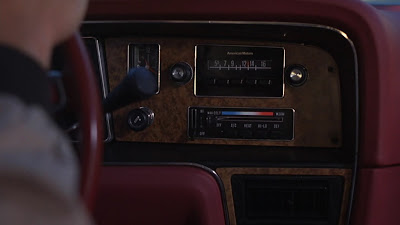 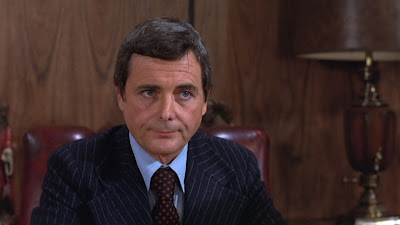 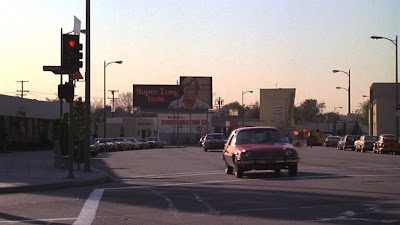 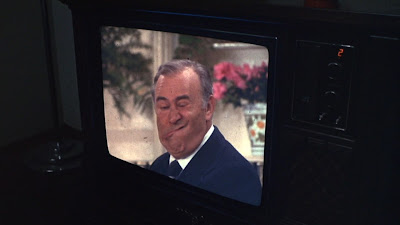