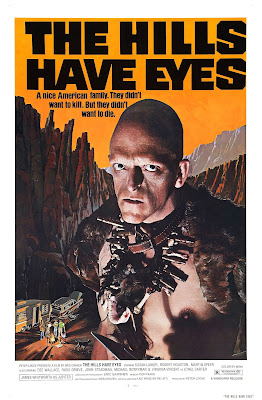 Loosely based on the Sawney Bean cannibal family folktale, THE HILLS HAVE EYES is the mildly entertaining story of a family of six idiots (and a baby) who take a detour on their road trip from Cleveland to California to go explore an abandoned silver mine out in the middle of the desert.  Of course, being idiots, they soon get lost and wreck their car.  To make matters worse...they happened to break down next to a cave full of cannibals who have a hankering for human meat.  Especially fat little baby flesh!

The best thing THE HILLS HAVE EYES has going for it is that title.  It's just straight up awesome.  The rest of the movie though is disappointing.  The family sucks, the cannibals are boring (although Michael Berryman has a very memorable look about him), zero nudity, zero gore, mild violence, slow pace, goofy normal family vs the fallout family parable that probably has a meaning if I cared enough to think about it, Dee Wallace lookin' good, ugly photography.  Oh!  And let's not forget Susan Lanier's screaming.  Jesus fucking Christ was it was annoying!!!  I actually had to turn down the volume during the end scenes because her screeching non-stop was ripping my ears apart.  It was horrible.

THE HILLS HAVE EYES might be considered a "cult" film, but honestly it's just boring.  Maybe back in 1977 it was impressive, but nowadays it's dated and lame.  I sat there in a daze the entire movie waiting for something cool to happen...and it never did.  Worth a watch for horror buffs only. 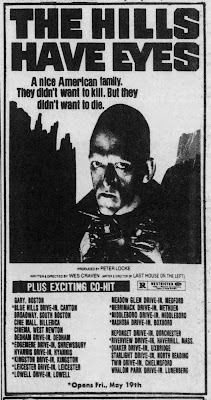 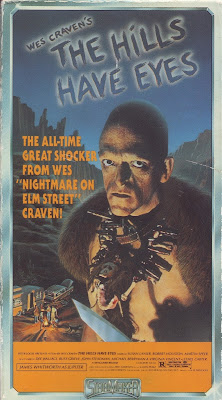 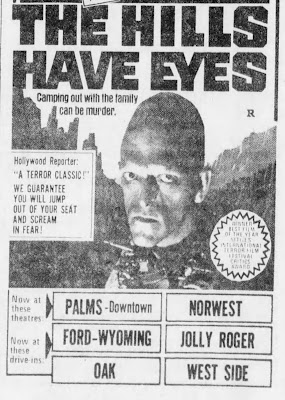 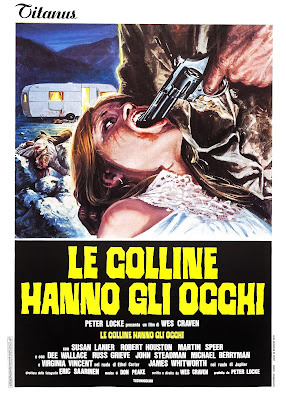 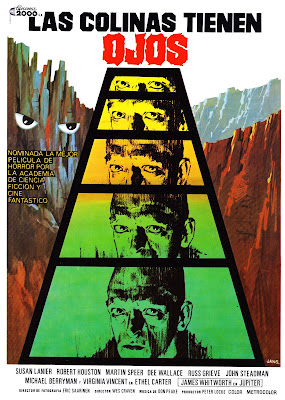 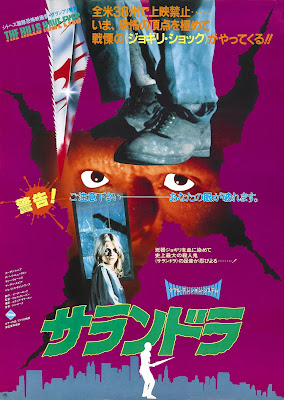 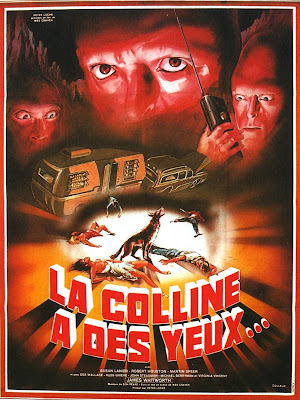 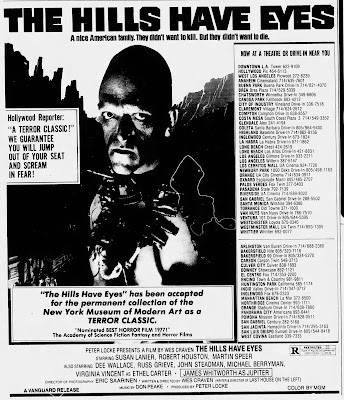 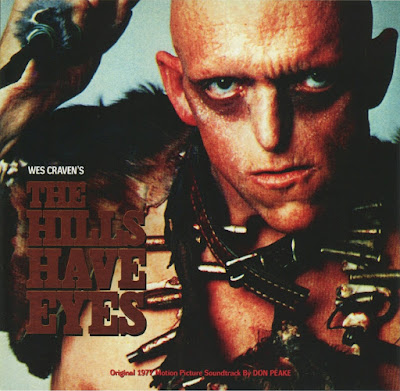 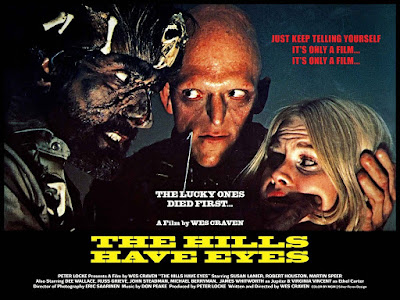 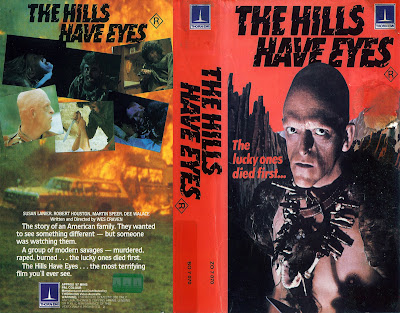 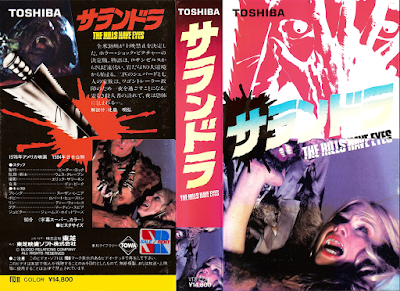 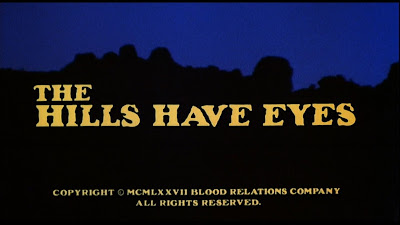 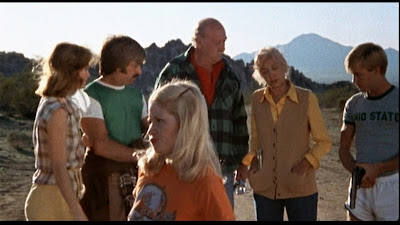 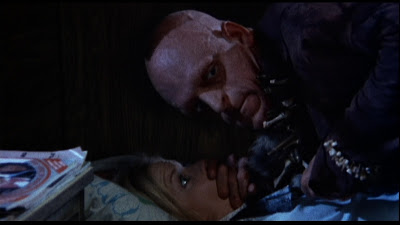 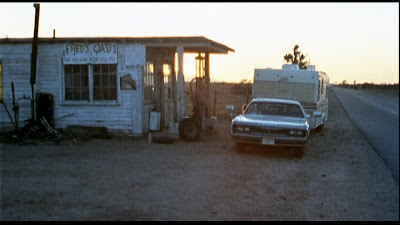 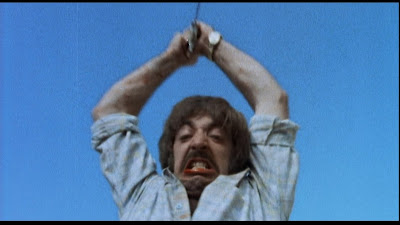 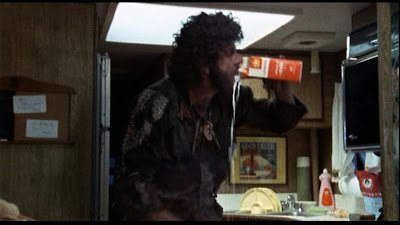 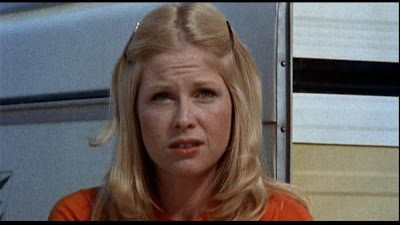 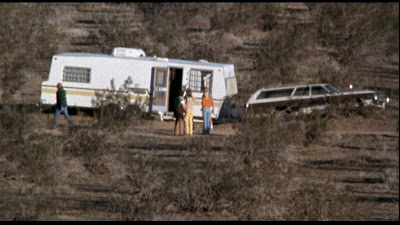 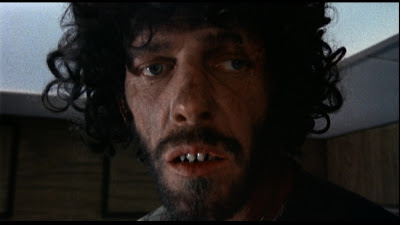 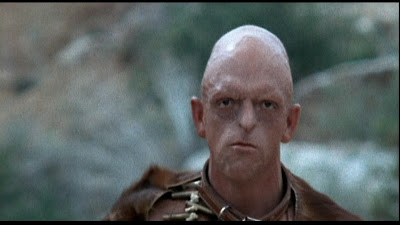 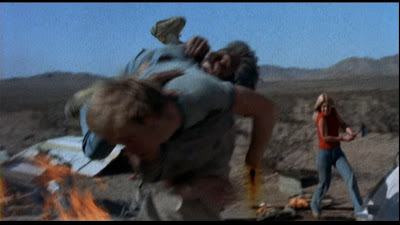 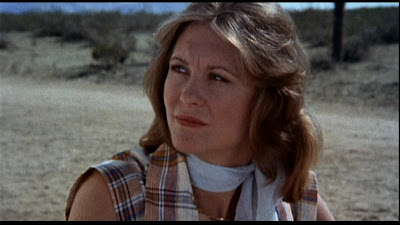 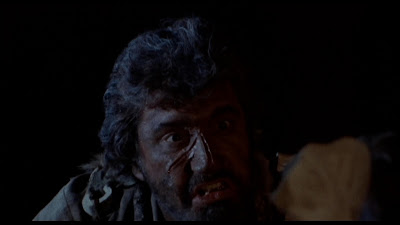 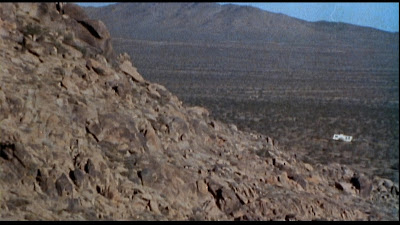 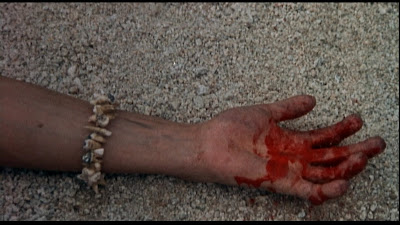