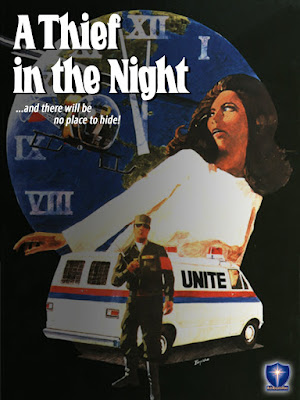 Patty wakes up to news on the radio that millions of people have disappeared overnight.  She goes to find her husband, but that motherfucker is gone!  Oh, shit.  The viewer is then treated to an extended flashback that shows Patty attending some kind of bummed out youth ministry where a teenage speaker is droning on about death.  She wisely leaves to go to a carnival.  While there, she meets her future husband.  Fast-forward and he gets saved (a.k.a. becomes a Christian), but Patty never does.

So now Patty is stuck in this post-Rapture shitshow time period called the Tribulation where everything is, I'm guessing...terrible, but unfortunately the budget is so low and the storytelling so poor that all we know for sure is the government is now forcing people to get an identification mark on their body and that Patty refuses to get the mark.

Overall, I was severely disappointed in A THIEF IN THE NIGHT.  I was seriously hoping for it to be 1) a hard-hitting story about Christians getting persecuted and shit-talked nonstop before getting zipped up into Heaven and then the shit talkers see the folly of their ways and getting saved only to be tortured 24/7 by an evil worldwide government. -or-  2) so goddamn cheesy that I hurt myself laughing at it.  Either way would have been cool, but instead we get 3) a slow-moving, poorly written story that can't even fill the 69-minute runtime.

A THIEF IN THE NIGHT was reportedly made for a budget of $68,000 and it definitely shows.  Small cast of non-actors, slow story that goes nowhere, zero special effects, poor lighting, high school play level sets, "a super evil credit card" and a big action scene composed of a lone woman running through the empty streets of Des Moines, Iowa while two guys in a van drive around looking lost.  Exciting stuff.

As far as the evangelical Christian scare film genre goes, A THIEF IN THE NIGHT is important (and worth watching) because it's one of earliest examples of the genre, but it is painfully boring to get through nowadays.  That said, from what I can tell, it traumatized entire generations of children who were forced to watch it in church back in the day. 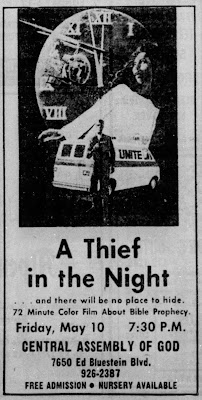 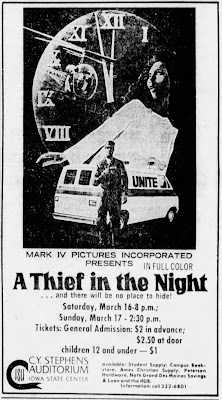 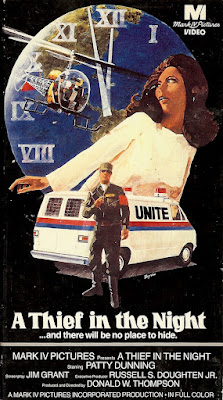 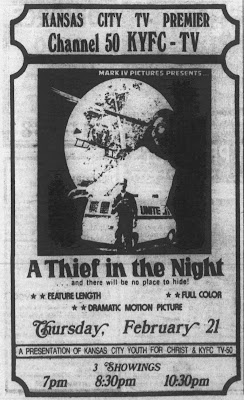 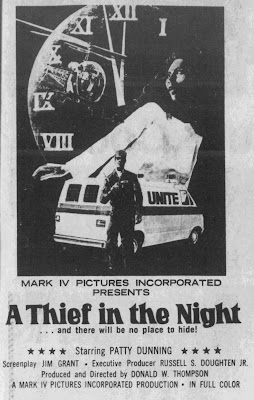 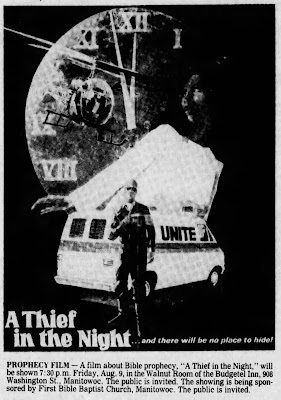 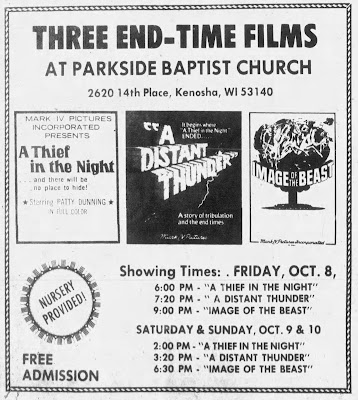 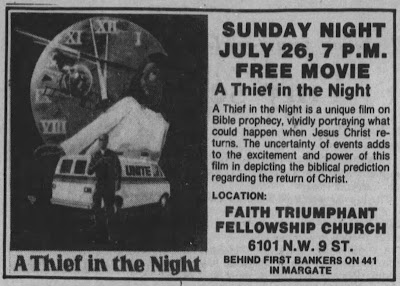 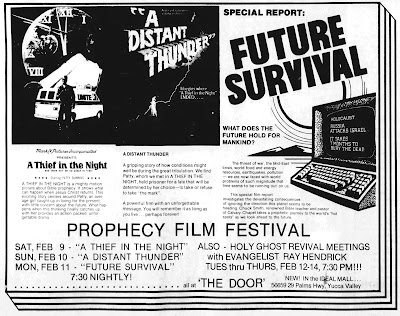 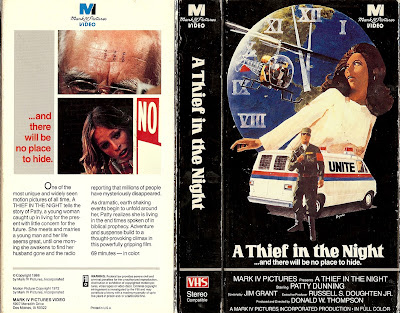 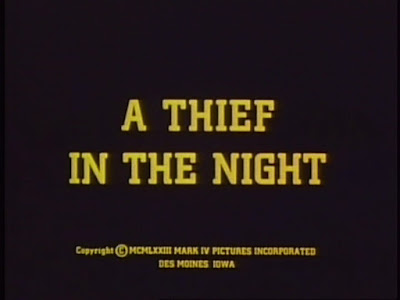 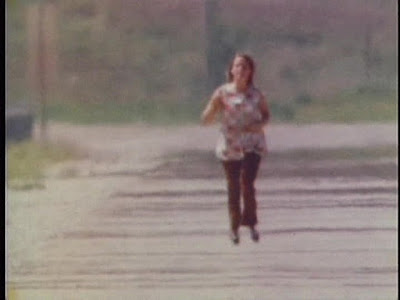 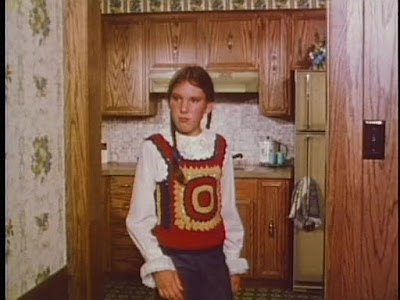 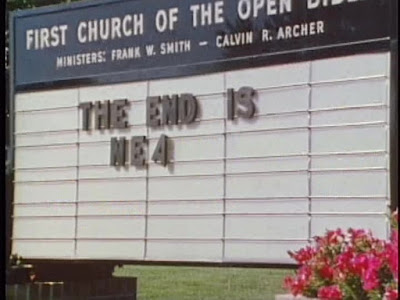 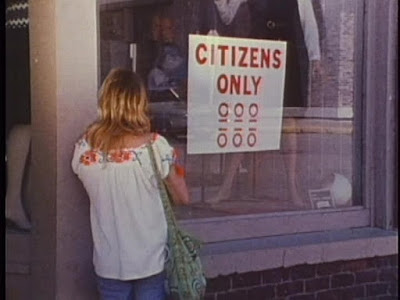 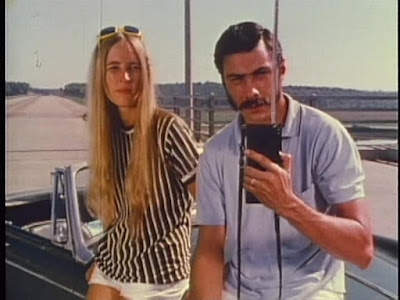 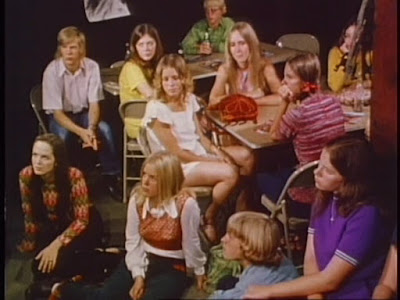 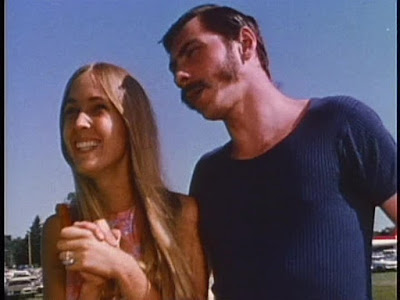 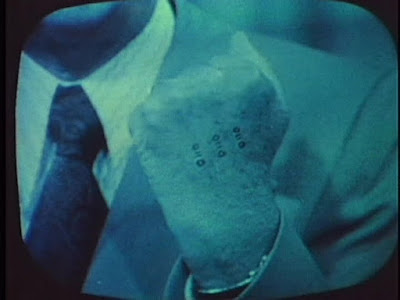 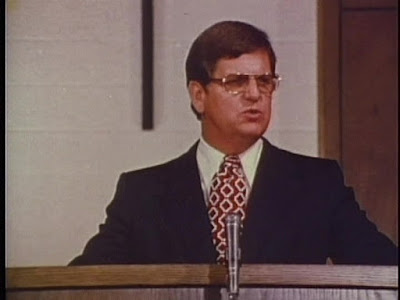 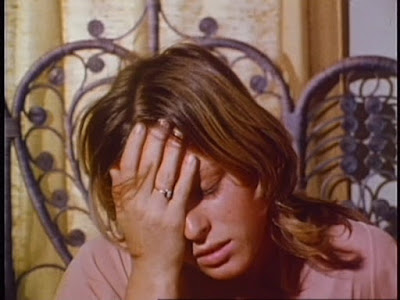 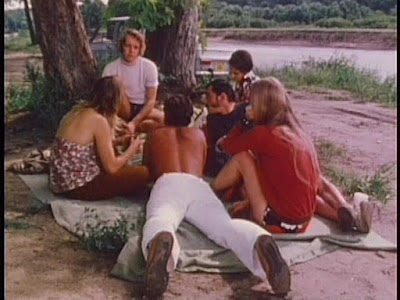 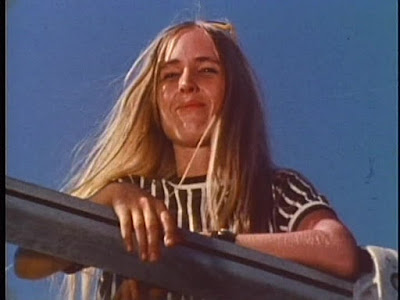 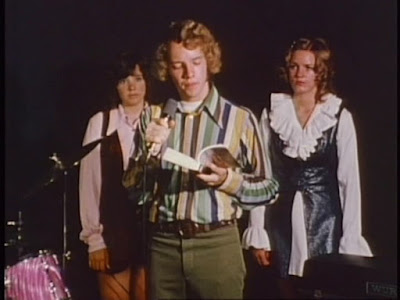 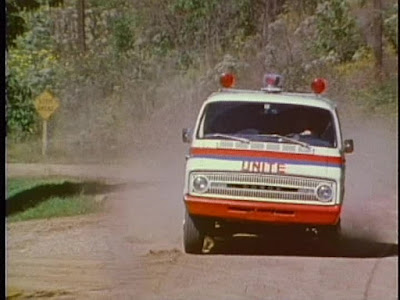 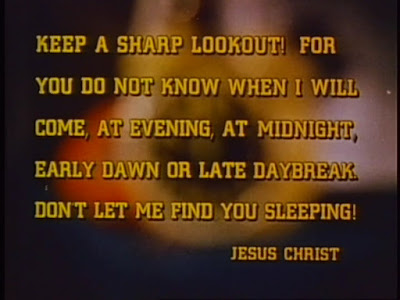