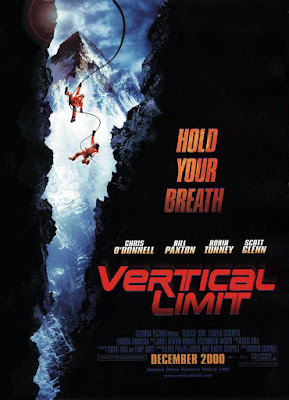 Hold on to yer clitoris', motherfuckers!!! From the writer of PHANTOM OF THE MALL: ERIC'S REVENGE comes VERTICAL LIMIT, the completely nuts story of a brother (Chris O'Donnell) who will stop at nothing to save his sister (Robin Tunney) who's trapped by an avalanche with the slimy Bill Paxton.
The film opens by showing us lowly groundwalkers just how awesome and relaxed the brother and sister are hanging a trillion feet up in the air with nothing to protect them except their climbing gear and gigantic balls. Then...tragedy strikes and the brother's gigantic climbing balls wither up and die. But not his sister!  Oh no, she still has her gigantic climbing testicles and scampers all over the joint like a spider monkey hopped up on hallucinogenic toad puss. That is until one fateful day when she goes climbing with Bill fuckin' Paxton and a powerful storm traps them in a crevasse. Now it's up to brother Chris O'Donnell to re-grow his massive climbing round tables and lead three nitroglycerin-packin' teams of big-balled badasses straight up that mountain's butthole and save his sister!!! Grrrrr!
On a believability scale of 0 - 666, VERTICAL LIMIT scores somewhere around zero point zero. I know very little about mountain climbing, but I'm almost positive that somebody in full mountain climbing gear cannot run and jump 100 feet, face first into a solid wall of frozen rock and save themselves by ramming two hammer spikes into the wall. That said, I enjoyed the movie because it was stupid, yet somehow still tried to be serious. To me, that's pure entertainment. Plus, I like it when Bill Paxton plays a slimeball.


Fast enough pace, dated special effects, annoying as fuck stoner bros that said a bunch of funny stuff but none of it was even remotely funny, impressive (nearly all male) cast, a 27-second scene of Scott Glenn shaving, reality thrown straight out the window, plot holes (dying from a lack of water...in a hole made up of ice and snow; who was doing Morse code on the radio first?), macho climbing talk, enough helicopter action to make Michael Bay spooge, Longmire using his normal(?) voice, mildly disappointing third act.

Recommended for fans of ridiculous action movies.  Would probably make a fun double-feature with TWISTER. 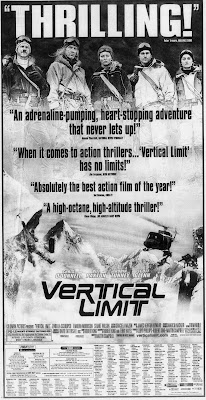 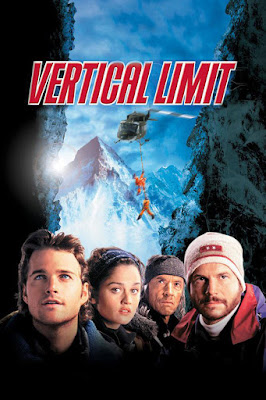 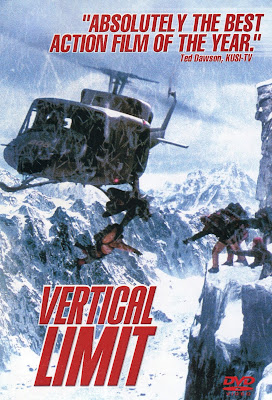 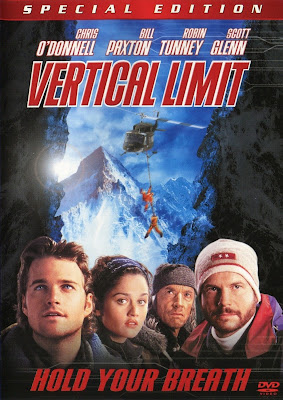 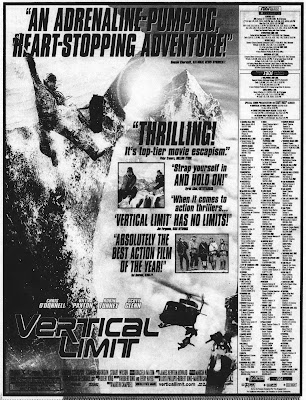 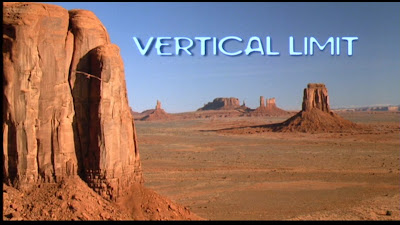 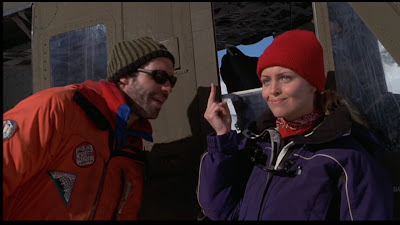 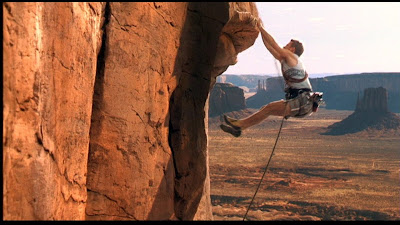 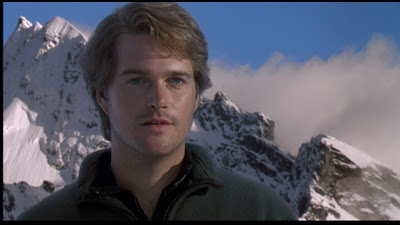 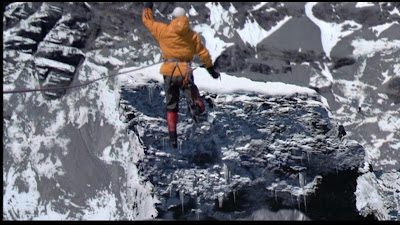 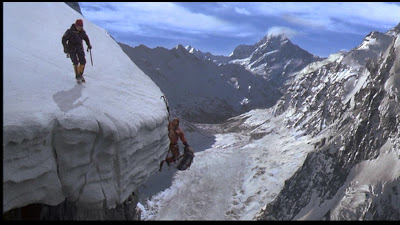 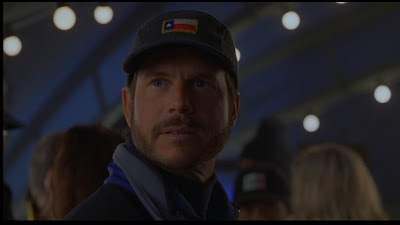 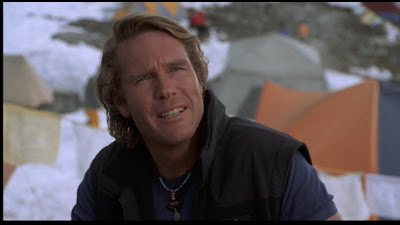 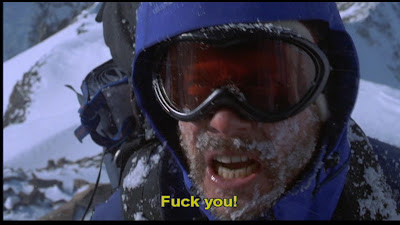 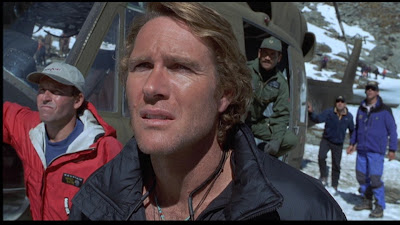 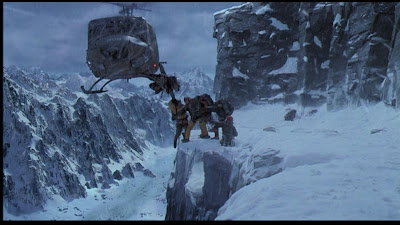 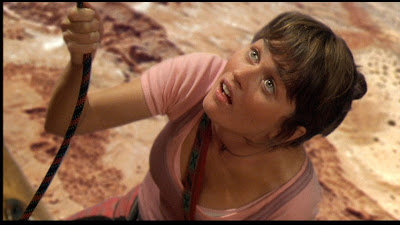 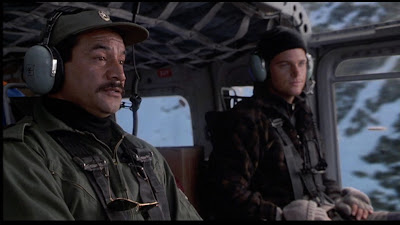 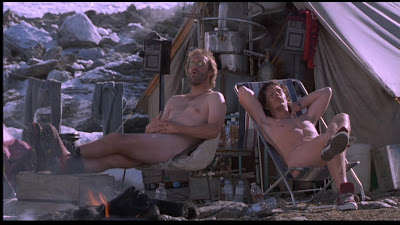 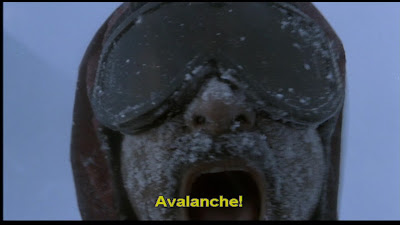 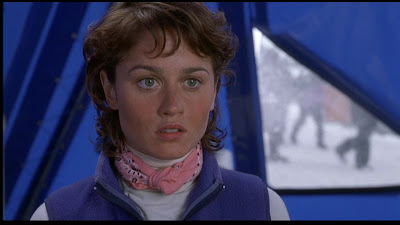 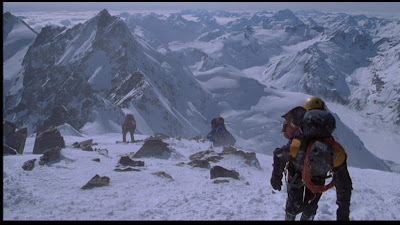 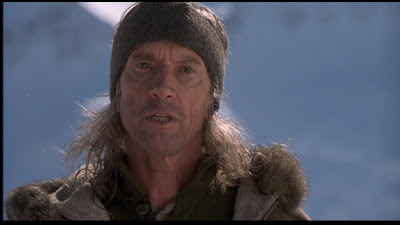 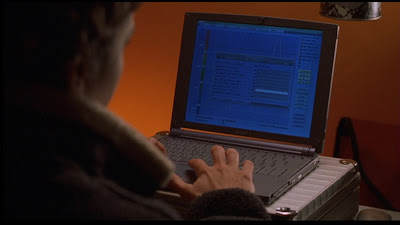 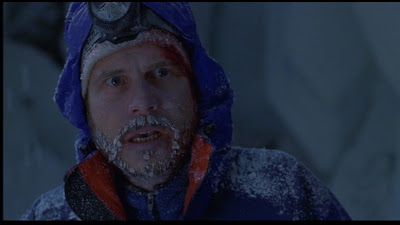 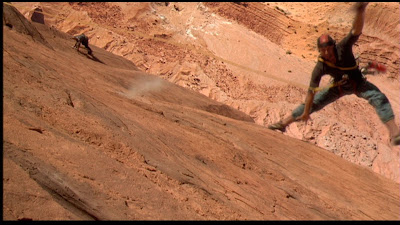