BEYOND THE POSEIDON ADVENTURE (1979) 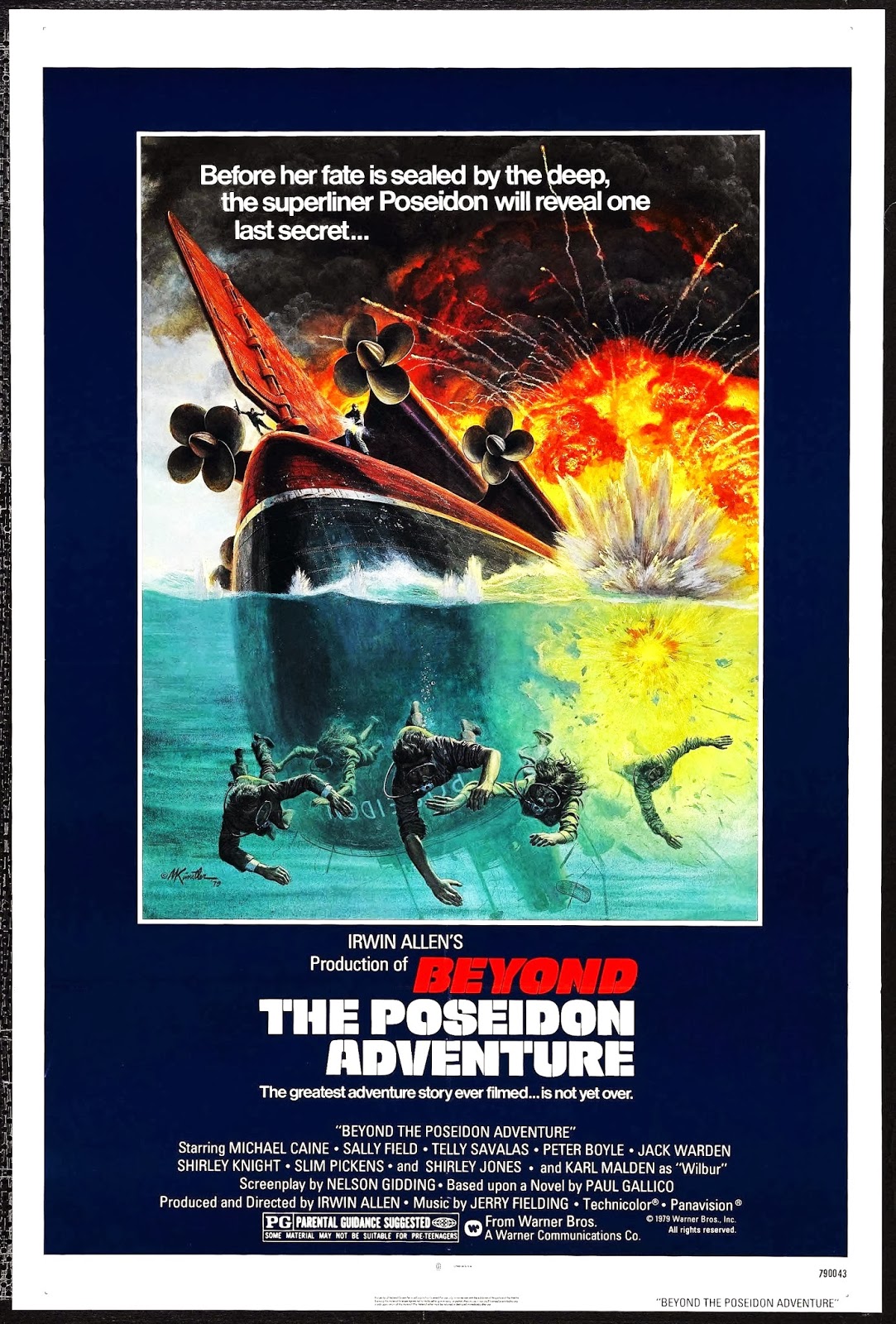 Seven years after the original THE POSEIDON ADVENTURE, somebody thought it would be a good idea to make a sequel.  Somebody was wrong.

Starting out right where the original film ends, BEYOND THE POSEIDON ADVENTURE features boat dude Michael Caine and his crew (Karl Malden and Sally Field) showing up right as the helicopter from the first film is leaves.  They decide to go in through the hole and steal whatever they can.  How honorable.  At the same time, Telly Savalas shows up posing as a doctor and he and his men also go in to steal some stuff also.  The two groups of thieves have different shopping lists though, Caine just wants gold, jewelry and money whereas Telly wants...wait for it...plutonium.  That's right there's a secret shipment of plutonium onboard the Poseidon.  Somebody actually gets paid real money to write this stuff?

So the question is: does the "adventure" portion of BEYOND THE POSEIDON ADVENTURE outweigh the ridiculous story?  Hell no.  The action scenes are unoriginal, the acting is horrible, the sets look just like sets, the dialogue (especially Sally Field's) is painfully bad and once all of the characters are introduced, you can easily guess who's gonna live and who's gonna die.

Worth watching only for a continuation of the original story, but even that's stretching it.  Skip it or watch it for a laugh. 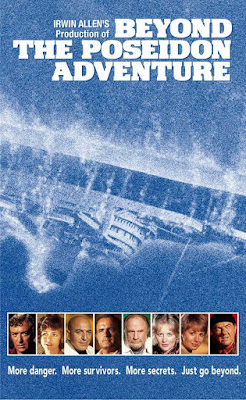 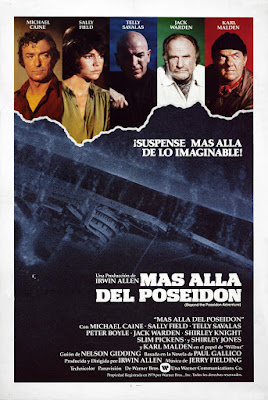 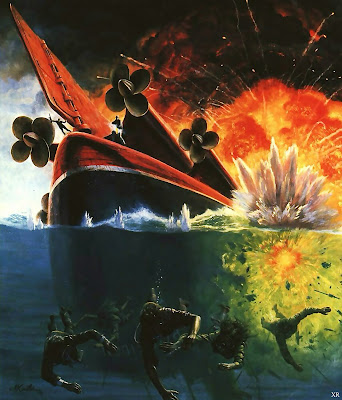 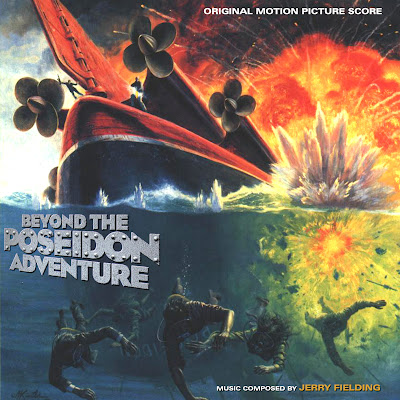 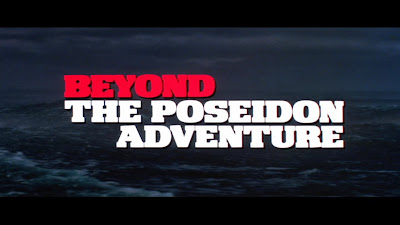 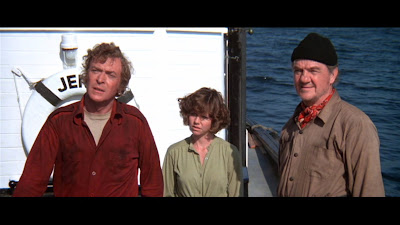 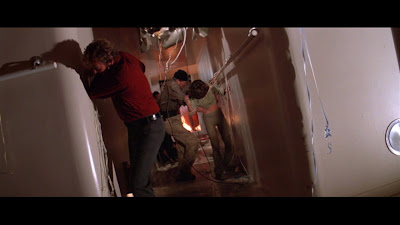 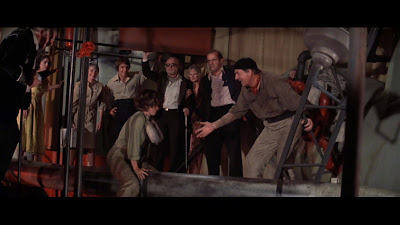 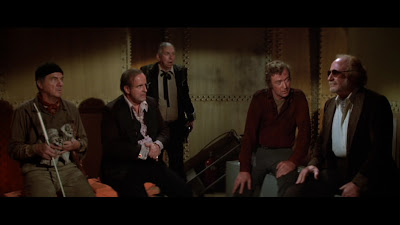 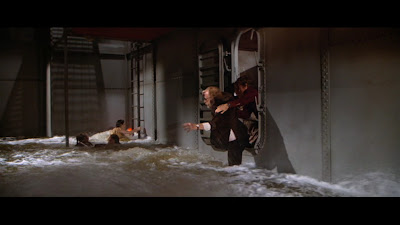 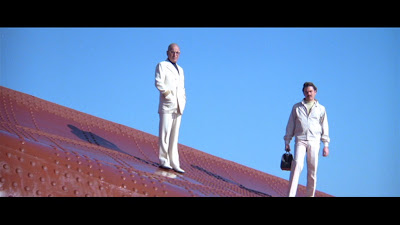 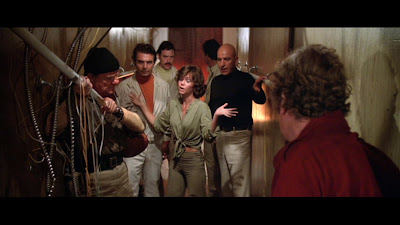 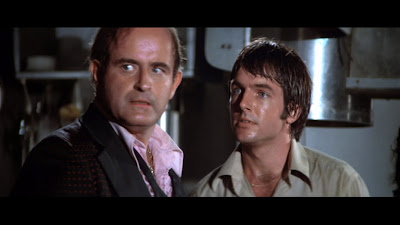 Posted by Dymon Enlow
Email ThisBlogThis!Share to TwitterShare to FacebookShare to Pinterest
Labels: disaster, Irwin Allen, Karl Malden, Michael Caine
Newer Post Older Post Home
All reviews are a work in progress. All opinions are mine. All mistakes are mine as well.