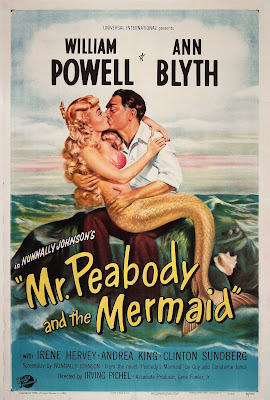 Forty-nine year-old Mr. Peabody (played by 56 year-old William Powell) goes on a Caribbean vacation with his wife, who's 17 years younger than him.  It's never explains how, but somehow they have enough money to rent a beachside mansion with a full-service staff.  Anyway, 56 year-old Powell is depressed that he's going to be turning 50 soon, so he goes for a walk and he hears some annoying, I mean, beautiful singing coming from a nearby island.  He goes out there and...nothing happens.  Finally, 26 minutes into the film, he meets the mermaid in the title, so he promptly brings her home and dumps her in the bathtub.  Then, for whatever bizarre Hollywood logic reason, his once loving wife now turns mean when she sees a large fishtail sticking out of the water.  So now, for nearly the remainder of the film, it's just Powell hanging out by his pool doing nothing.  I was surprised at how unfunny MR. PEABODY AND THE MERMAID was!  I thought this was suppose to be a comedy?

Ann Blyth is absolutely gorgeous (her beauty is the highlight of the film), but she has nothing to work with.  She never says a word and spends the entire film simply floating around in the water.  Also the character of Powell's wife (played by Irene Hervey) was completely unlikable.  Slow pace, non-existent humor (example: the mermaid cries while underwater and wipes her tears away with a handkerchief.  Hardy-har-har.), woman littering on the beach, very little mermaid swimming action, dead on arrival acting, unsatisfactory ending.

I love William Powell, but this movie is lame as Hell.  Skip it. 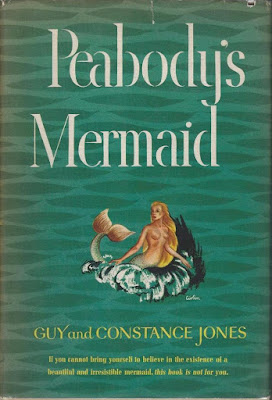 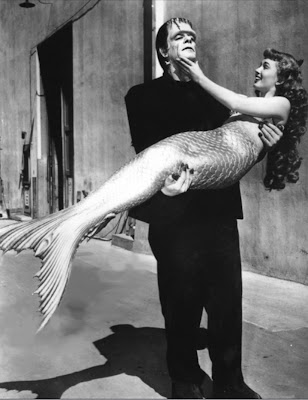 It's a little known fact that the girl that Frankenstein's monster threw into the lake actually turned into a mermaid and that the monster himself escaped the fire at the mill.  They later hooked up and ran off to Hollywood, CA were they lived happily ever after and operated a pet store for the next 54 years until it burned down.  The fire was captured in the documentary PEE-WEE'S BIG ADVENTURE.  After collecting the insurance money from the fire they retired and moved to Cedar Park, TX where I still occasionally see them holding hands. 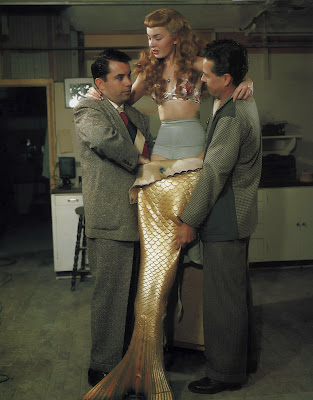 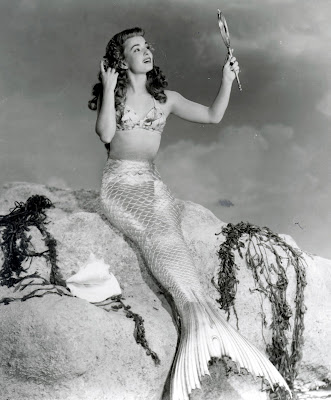 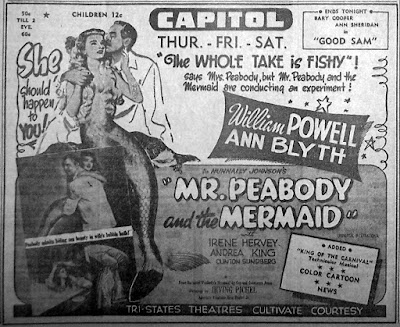 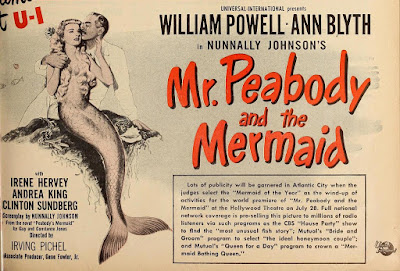 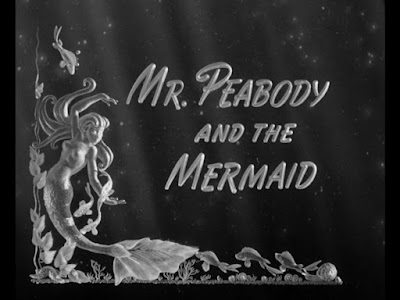 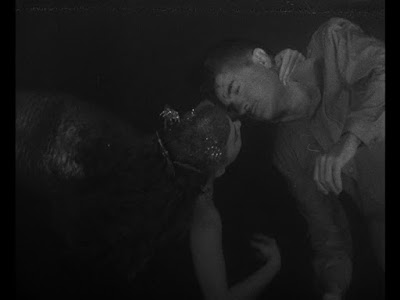 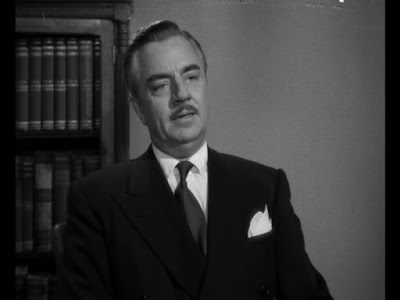 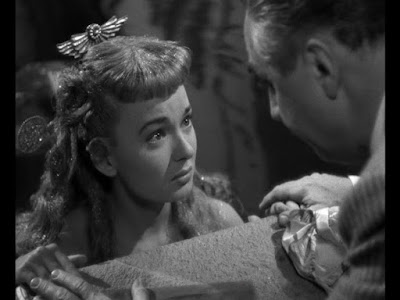 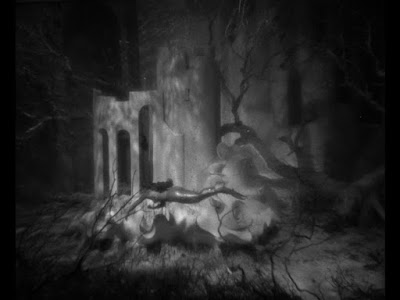 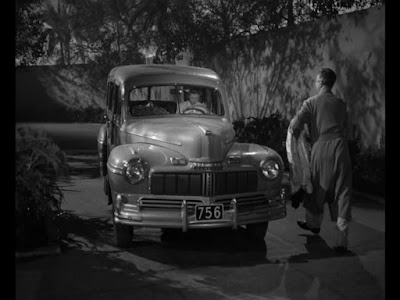 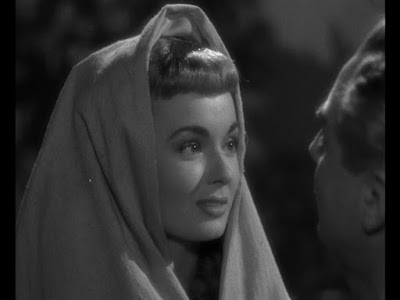 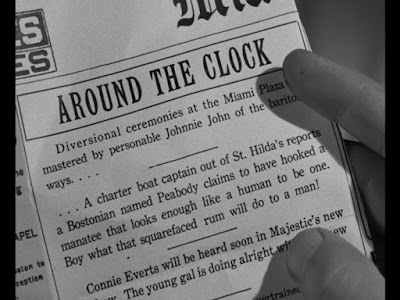 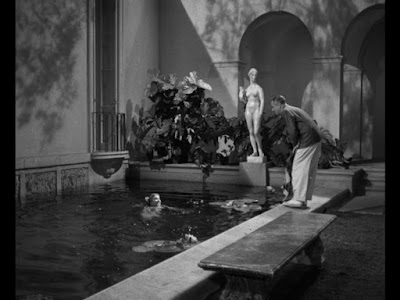 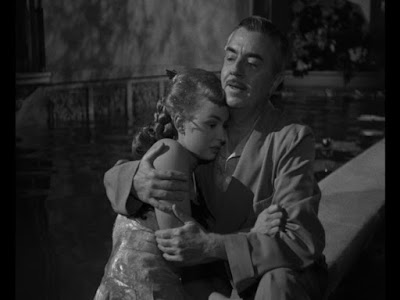 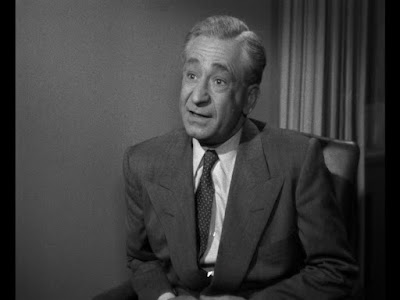 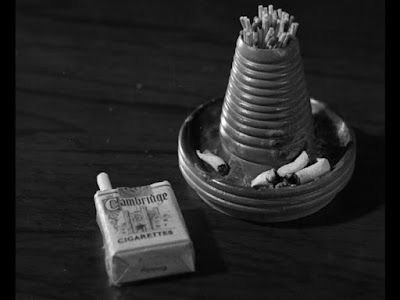 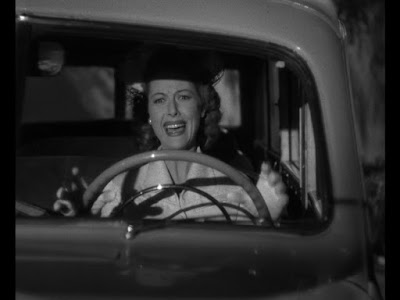 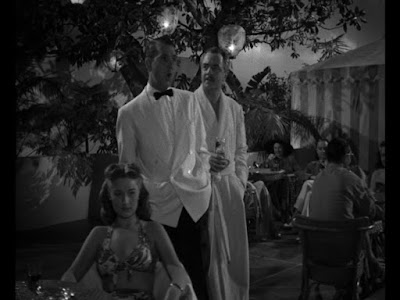 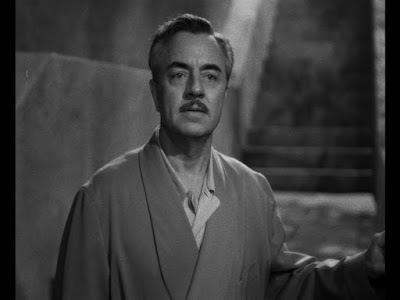 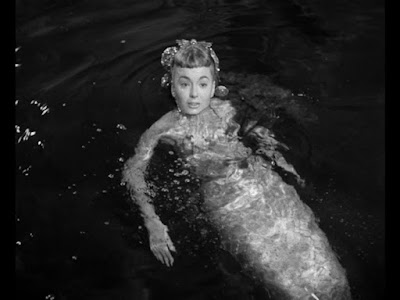 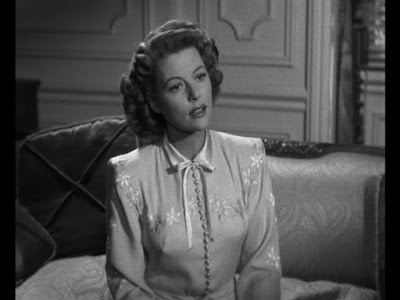 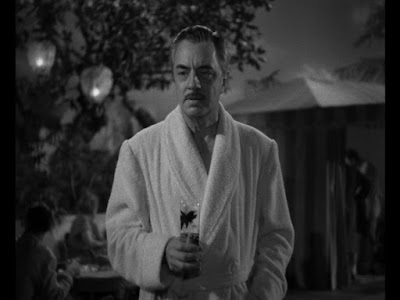 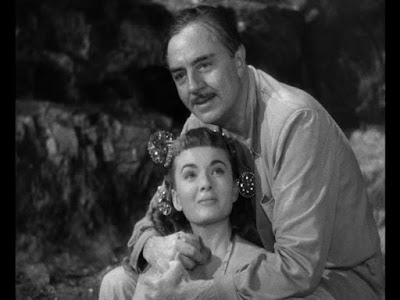 Email ThisBlogThis!Share to TwitterShare to FacebookShare to Pinterest
Labels: William Powell
Newer Post Older Post Home
All reviews are a work in progress. All opinions are mine. All mistakes are mine as well.
[Update 03/01/2020: Current victim of severe mental and emotional abuse. Too depressed to write. I might occasionally edit some older stuff, but there will not be any new reviews until I feel better.]
Dymon Enlow
Austin, TX