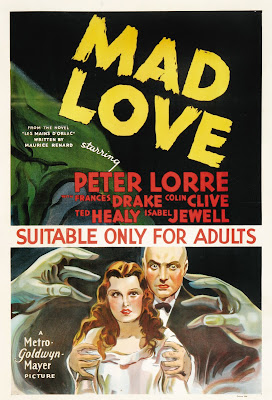 Dr. Peter Lorre is smart as a bitch when it comes to medical shit, but hella cray when it comes to romance. So much so that he has a life-size wax replica of his favorite actress, Frances Drake, in his crib and each night he plays sweet slow jamz to it on his organ. That’s fairly harmless in a mentally unbalanced sort of way, but Fate has a monkey turd up its sleeve when Drake’s husband, the famous ivory-tickler Colin Clive, has his hands crushed in a train wreck.  Lorre is called in to perform a medical miracle by repairing Clive’s hands, but in reality, he secretly replaces Clive’s dickbeaters with those of a recently decapitated serial killer!  Sinister shenanigans ensue.

For a movie that's older than yer great-grandpappy's ballsack MAD LOVE is still moderately creepy, but for whatever reason, it's only 68 minutes long.  I mean, 68 minutes is definitely enough time to tell a story, but right when the movie felt like it was picking up pace..it ends!  And abruptly too.  Shit's popping off, Lorre's snarling like a maniac, Drake's fearing for her life, Clive's freaking out over his murdermittens and...The End.  It was strange.  I was totally expecting another 20 minutes or so.

Still, even with the stunted runtime, MAD LOVE is an entertaining film and 100% worth watching for classic horror fans.  Quick pace, solid direction by Karl Freund (who was the cinematographer for METROPOLIS and DRACULA), neat sets that (sadly) weren't featured enough onscreen, dramatic lighting, cinematography by Gregg Toland (who would go on to win an Oscar for WUTHERING HEIGHTS then work on some movie called CITIZEN KANE), impressive supporting cast (including Keye Luke and Ian Wolfe who both have insane filmographies lasting into the 1990's!), a ghoulish story and best of all...the three leads were all great.  Recommended. 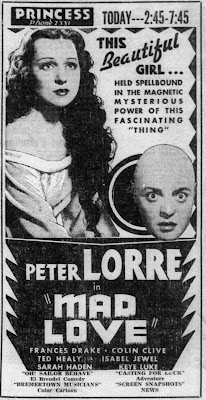 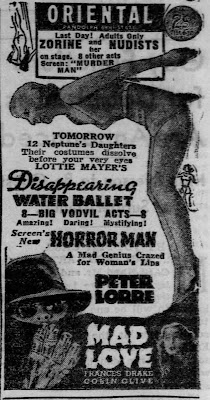 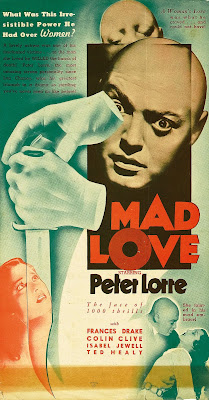 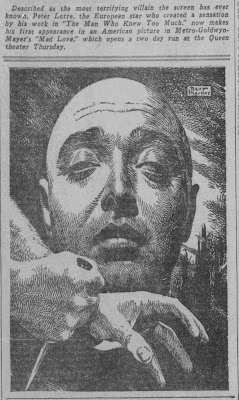 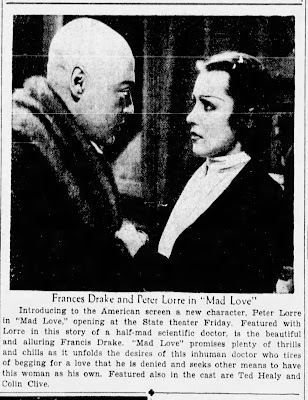 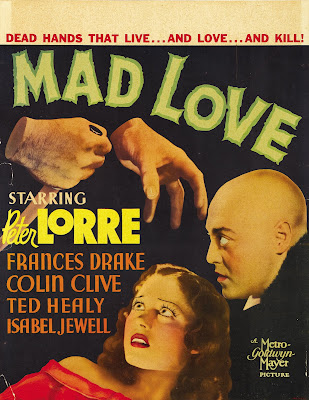 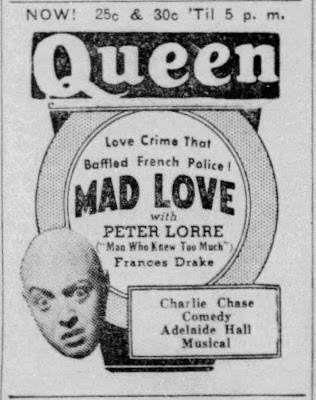 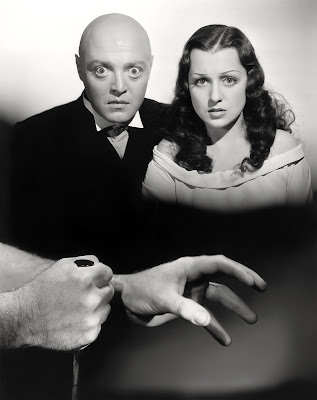 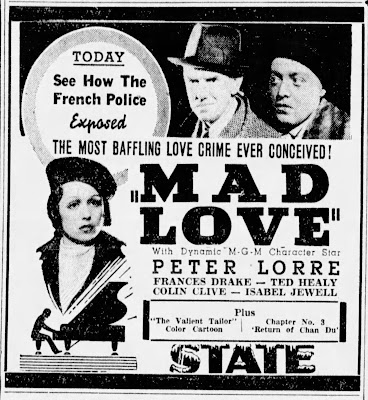 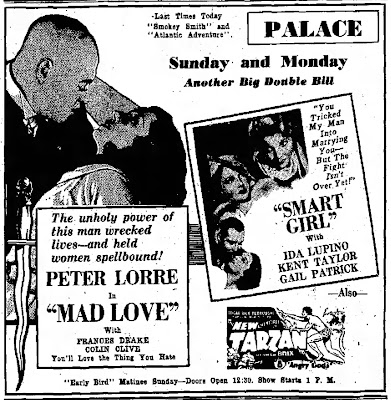 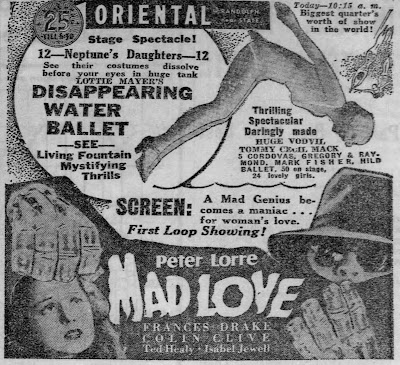 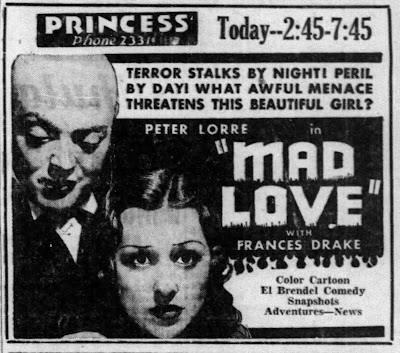 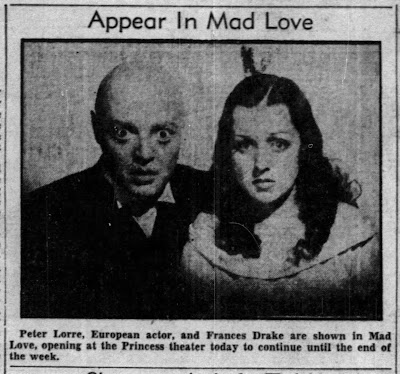 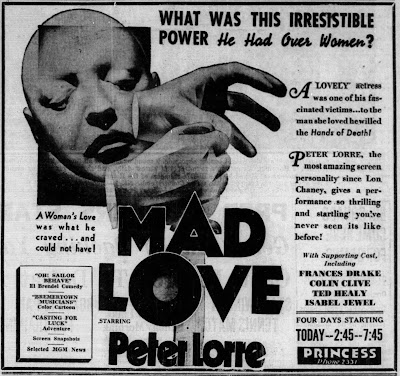 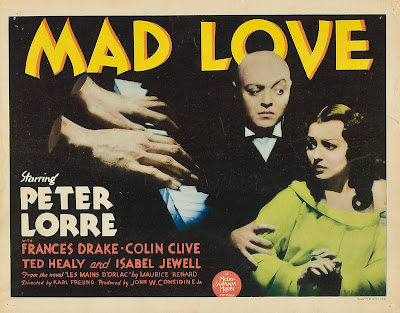 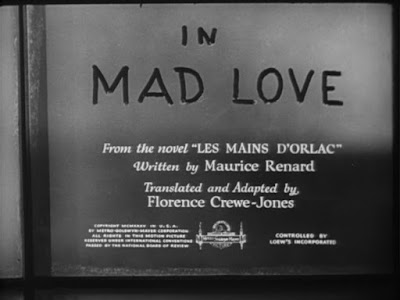 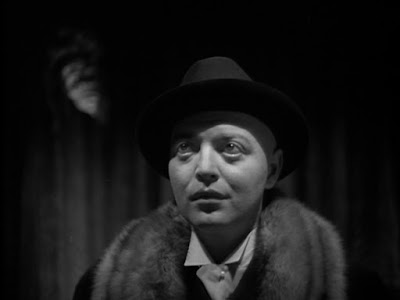 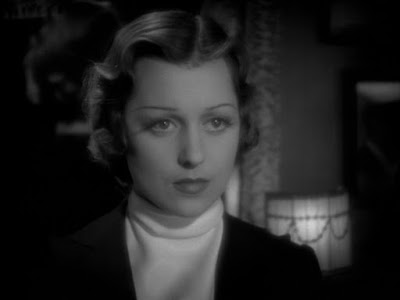 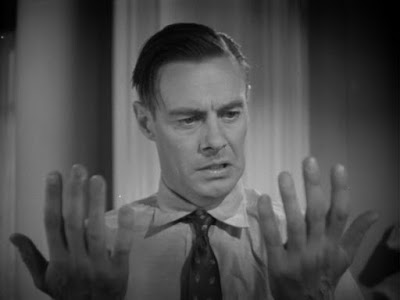 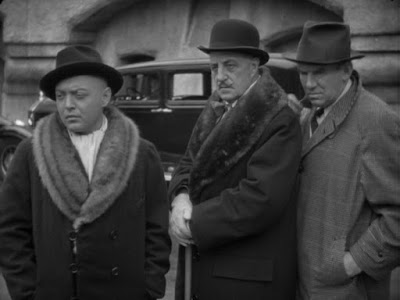 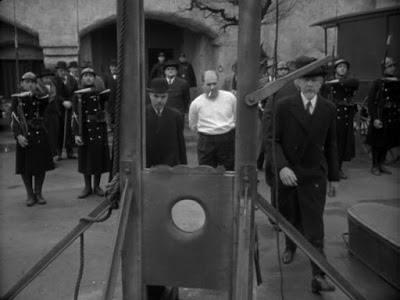 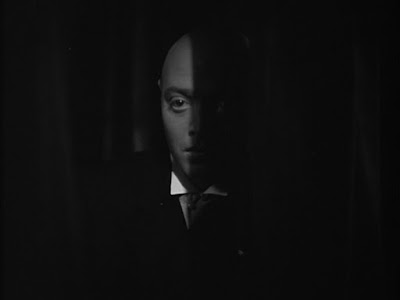 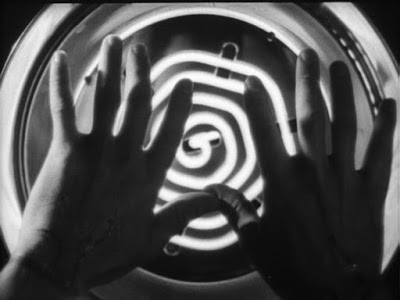 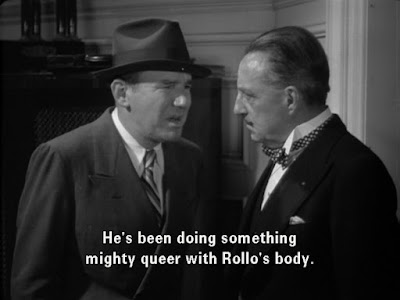 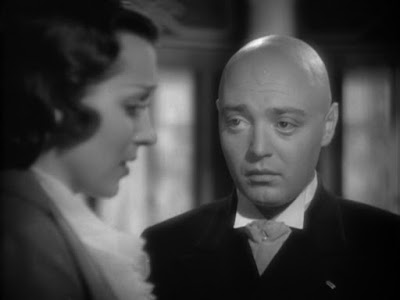 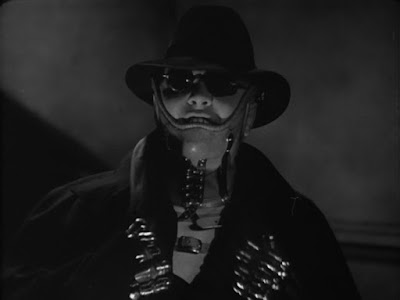 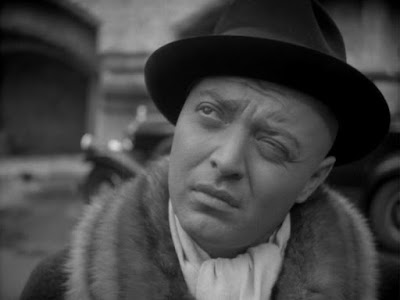 All reviews are a work in progress. All opinions are mine. All mistakes are mine as well. Old reviews updated as often as I can.