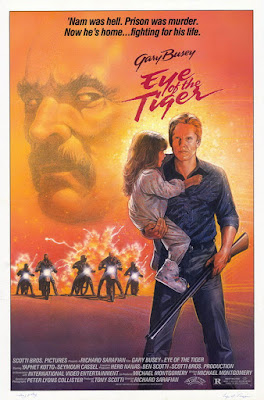 Action-superstar Gary Busey has just been released from prison, but when he returns to his small hometown he discovers that it's been taken over by a bunch of dirt bike riding drug runners lead by some dude with a stubby little mohawk that only covers the back of his head.  Weirdo.  Busey don't take too kindly to these helmeted thugs, especially after they kill his wife, so he jumps in his giant truck that's armed with self-loading mortars and self-loading machine guns and goes out to kick ass...along the way he also rapes a dude while dressed as a doctor.  Well, I didn't see that coming!

When I sat down to watch EYE OF THE TIGER I was hoping that the action was going be over the top crazy, but it wasn't.  Instead, it's not even as good as old episodes of "The A-Team".  Zero nudity, ridiculous story and we never get to see any awesome hand-to-hand fighting scenes.  There was one fight towards the end, but it's weak.

Overall, the whole thing is silly, lightweight and forgettable.  For Gary Busey fans only...if there is such a thing. 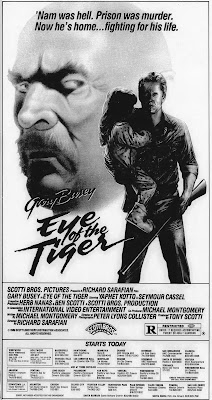 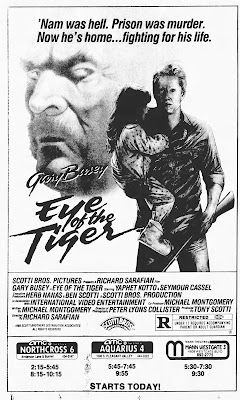 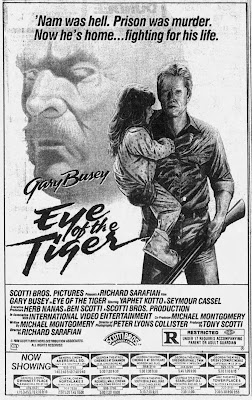 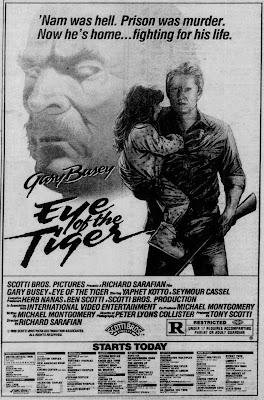 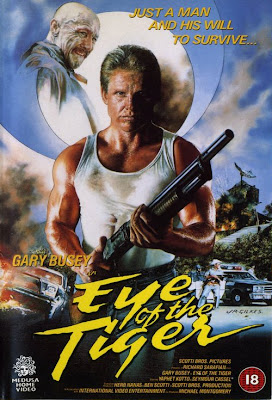 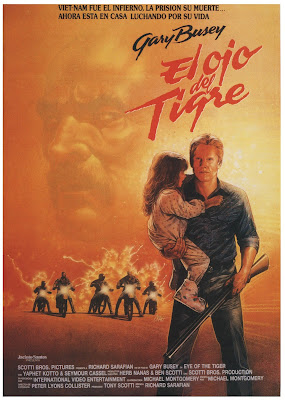 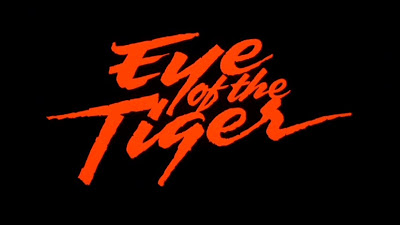 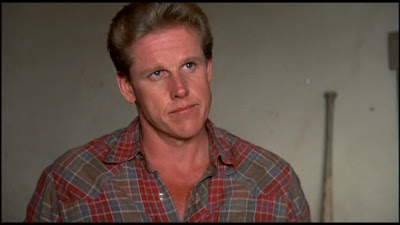 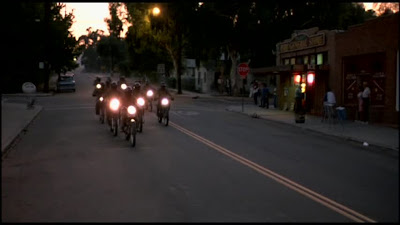 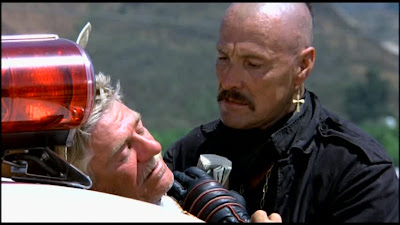 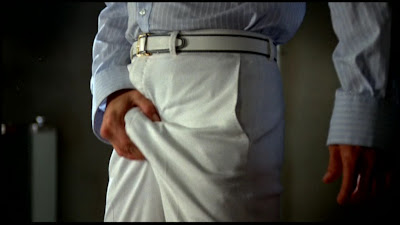 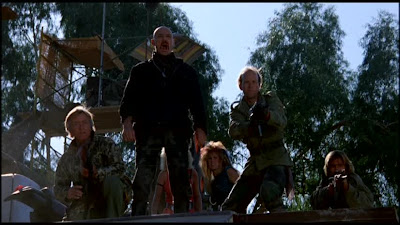 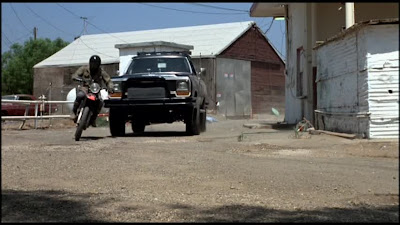 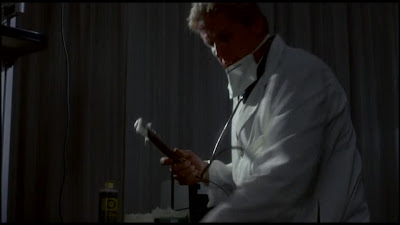 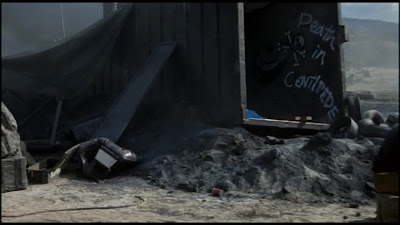 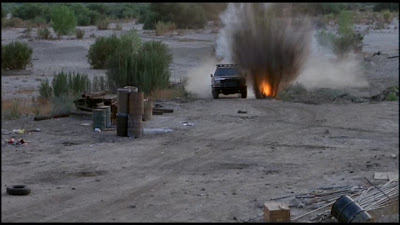 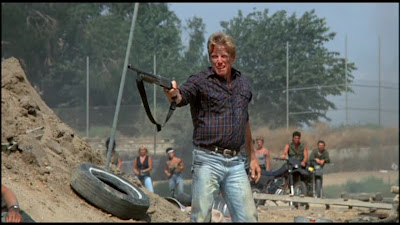 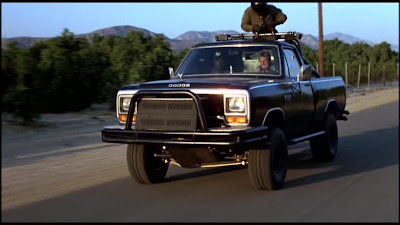