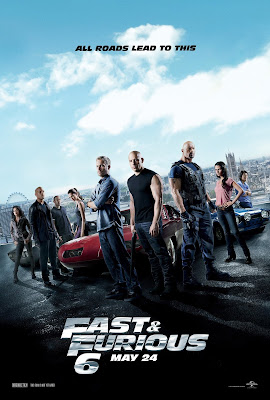 If 5 was where the FF series transitioned from street racing film to high-speed heist caper, then 6 is where it transitioned from racing heist series into racing heist superhero series. Don’t believe me? At one point in the film, one of our rugged heroes launches himself through the air to catch a person falling off a bridge and then uses a car to break his fall. And this is shortly after being shot in the shoulder and pulling the bullet out himself. So…what does all of that mean? It means it’s fucking awesome, that’s what! Logic and reality can go straight out the window. I just want to be entertained.

After making all those duckets from part 4, the team is sitting pretty. Living the good life, but then Agent Hobbs takes time from trying to break the world record for "World’s Tightest Shirt" to inform Torreto that Litty is still alive. Who? Yeah, I forgot too, but she’s the girl from the first movie who wore the giant shoes and snared a lot. Grrrr! Anyway, it appears that Litty has convenient movie amnesia and now works as a driver for a bad guy in Europe. She’s such an invaluable driver, in fact, that even after her boss finds out that she used to be Torreto’s girlfriend…he keeps her on the team! I’m sure that will work out well for him. It doesn’t.

Fast pace; glorification of police brutality; multiple pretty locations (Spain, England, Scotland, Los Angeles); too many action scenes shot at night; Luke Evans as the new bad guy (I really liked him in The Alienist and The Pembrokeshire Murders, but he didn’t have much stage presence here); the longest airport runway in movie history; Kim Kold grossly underused…he should have be in way more scenes; Ludacris with a ludicrous amount of computer monitors; men and women all politely fist-fighting within their preferred sexual classifications; Dwayne Johnson still around (thankfully), but his character doesn’t progress at all…in fact, he makes multiple bad decisions and his overall character grew more two-dimensional in this installment; the subject of innocent people dying and getting injured during the car chases was brought up, but a lot of innocent people were still obviously killed in this story; cool fight scenes that were weakened by having the camera too close to the action; lots of wonderfully cheesy dialogue; breaking a thousand laws and then praying before eating; Han and Gisele still madly in love despite never doing more than just looking at each other with zero on-screen chemistry; people wrecking cars in all kinds of violent and horrible ways and never getting injured; multiple chances to take out the bad guy; the verbal sparring between Roman and Tej getting stale; pointless snobby auctioneer scenes that added nothing to the story and should have been cut; zero uses (that I noticed) of the word “busta”; some truly bizarre efforts to make Dwayne Johnson appear shorter than he really is; a completely overly complicated (aka amusing) hacking device that has to be shot out of a gun to then be used to hack a car via a tablet, causing it to wreck…if you can shoot the vehicle to implant the device, then why not just shoot it with an explosive?

Overall, while I did enjoy the film, I still think it was weaker and less focused than 5. Also, if some of those dark nighttime action scenes had been in the daytime, I would have liked the film better. Still, it’s 100% worth watching for fans of the series.  It's been a lot of fun seeing how the series evolves throughout the years. 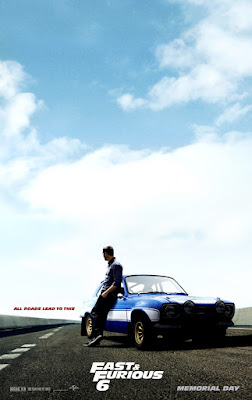 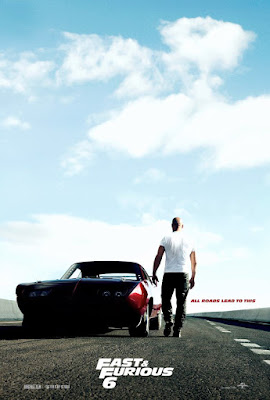 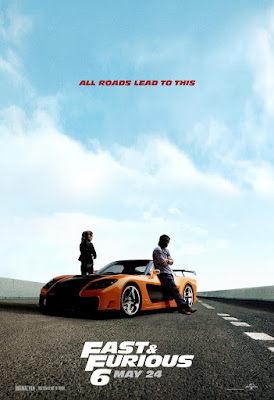 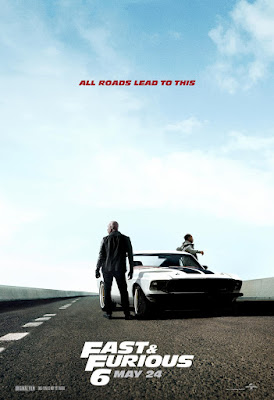 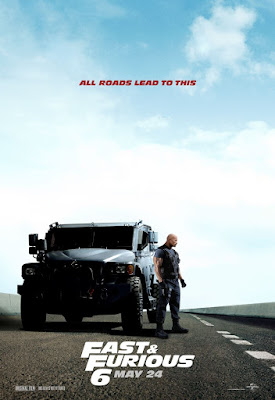 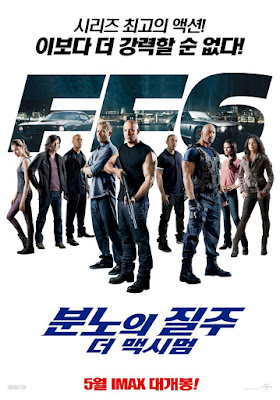 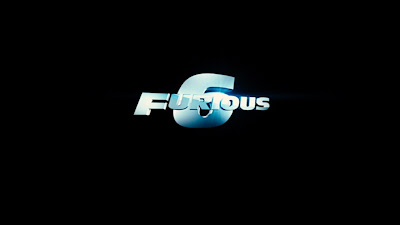 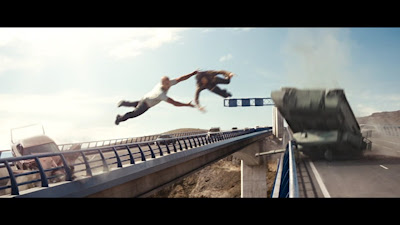 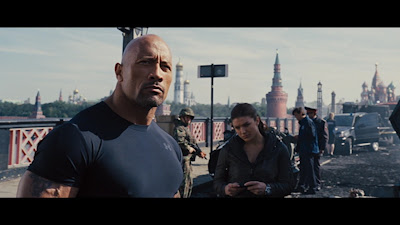 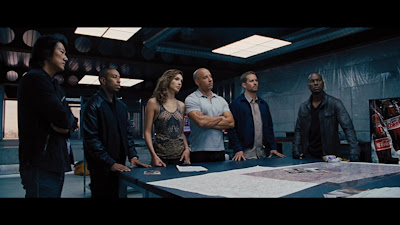 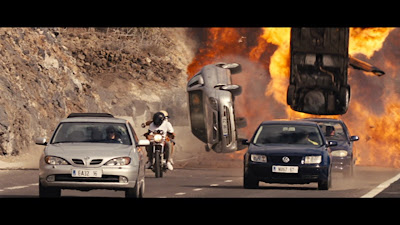 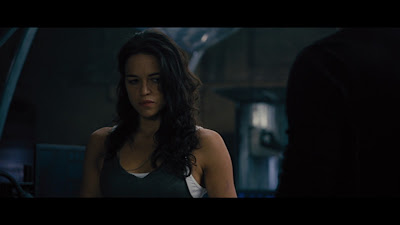 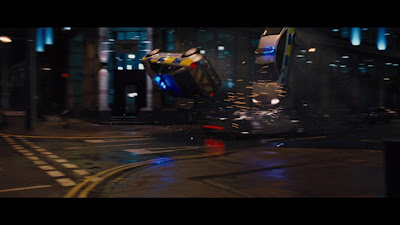 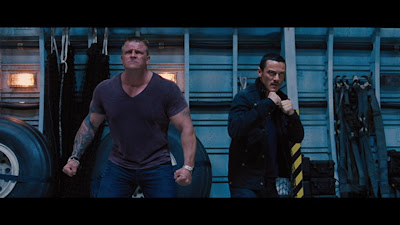 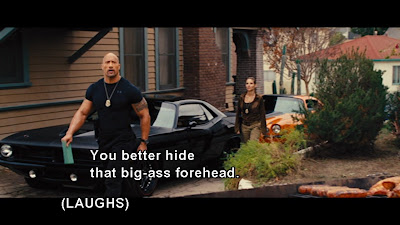 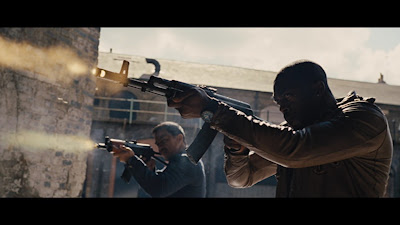 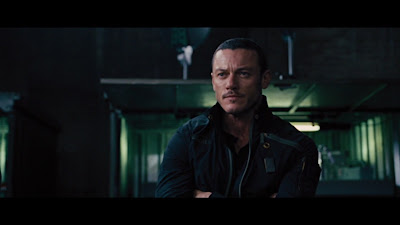 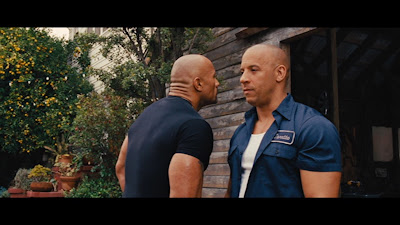 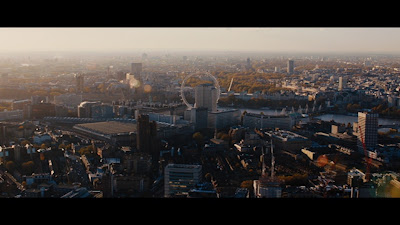 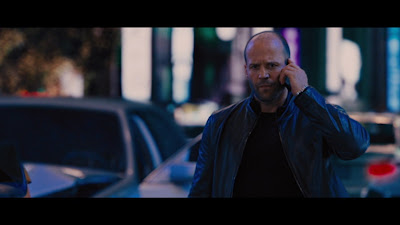 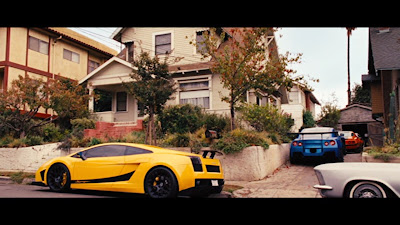 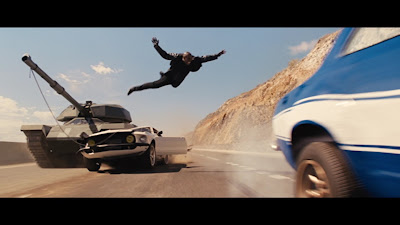 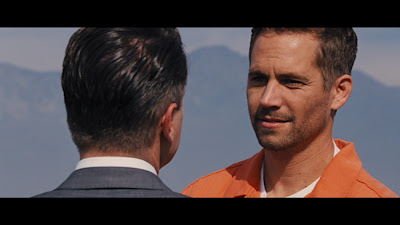 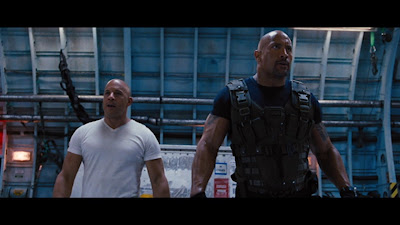 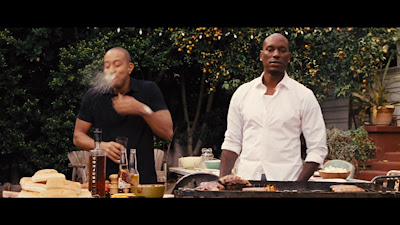 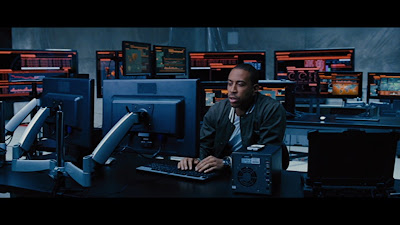 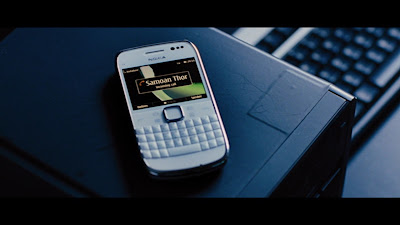 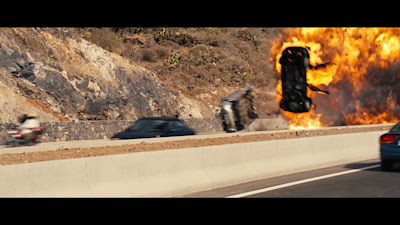 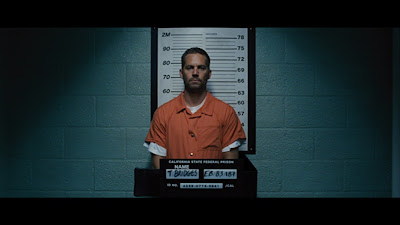 Posted by Dymon Enlow
Email ThisBlogThis!Share to TwitterShare to FacebookShare to Pinterest
Labels: Dwayne Johnson, Gal Gadot, Jason Statham, Justin Lin, Luke Evans, Vin Diesel
Newer Post Older Post Home
All reviews are a work in progress. All opinions are mine. All mistakes are mine as well.