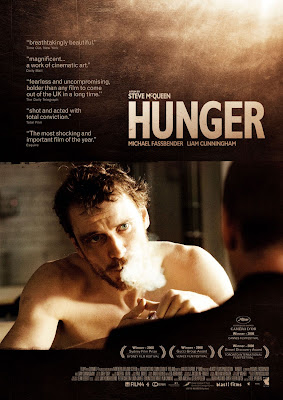 After being so impressed with SHAME I decided to look into the previous Fassbender/McQueen collaboration HUNGER and...

It's alright. The story is about Bobby Sands' hunger strike during imprisonment and his death 66 days later. Interesting premise, but, if like me, you know absolutely nothing about who the hell Bobby Sands is or why he's starving himself to death HUNGER isn't going to clear things up for you. I literally had to pause the film about halfway in and do some quick reading online to figure out what was the story surrounding this film.

HUNGER opens with a cop getting ready for work. He's silent, distant and obviously internally scarred from beating and assraping prisoners all day. Next we're introduced to a new prisoner. He's stripped naked, beaten then thrown into his small cell that's been covered from floor to ceiling with human shit by his cellmate. The new guy soon joins in the shit smearing. Finally we're introduced to fellow prisoner Bobby Sands who's is the leader of this cell block full of guys who refuse to wear clothes and like to doody all over the joint. Stuff happens: cramming things up butts, screaming, spitting, kicking, shit smearing, pissing, maggots, etc., but unfortunately none of it fully explains what all the hubbub is about. All of the performances were powerful (and Fassbender's weight loss was visually shocking), but overall I found the whole thing to be unsatisfactory and slow. HUNGER succeeds in capturing a moment in time, but unfortunately I don't know what the context of that moment is. 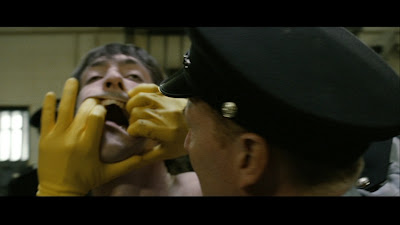 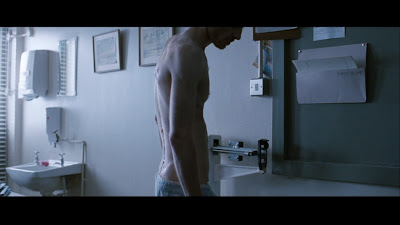 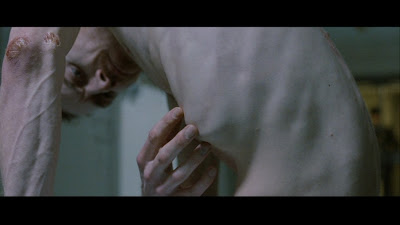 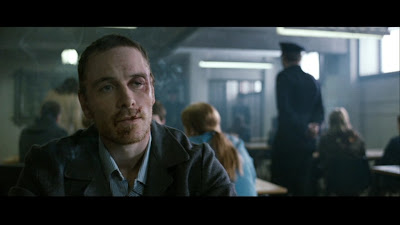 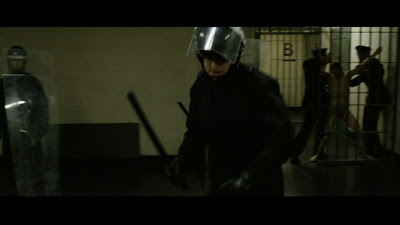 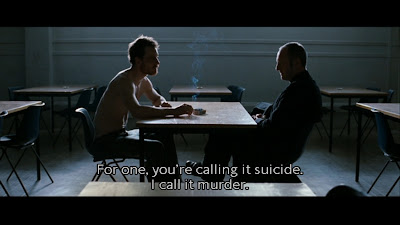 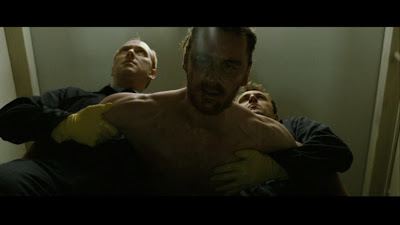 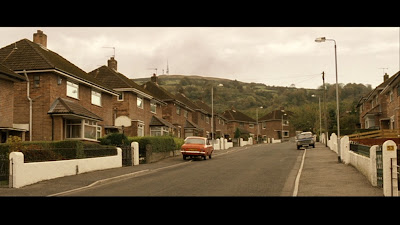 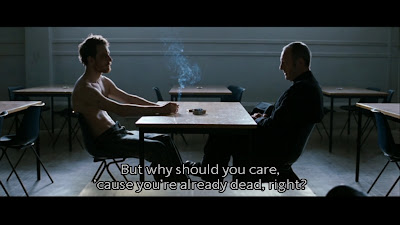 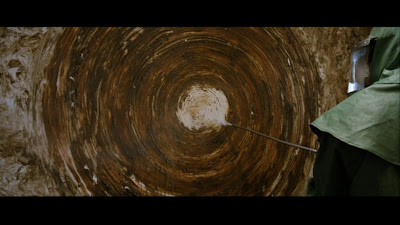 Labels: Criterion Collection, Michael Fassbender
Newer Post Older Post Home
All reviews are a work in progress. All opinions are mine. All mistakes are mine as well. I post new reviews as often as I can. I update older reviews almost daily.
Dymon Enlow
mail
Mixer
Patreon
Alphabetical list of my "Best Movie"
Last five big edits:
TREMORS 2: AFTERSHOCKS (1996)
TREMORS (1990)
THE CORE (2003)
WORLD WAR III (1982)
VOLCANO (1997)