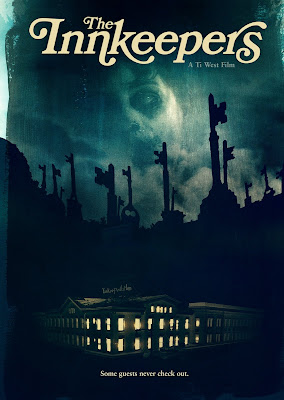 Two adults (both with the maturity level of a 11-year-old) are the last two employees of an old hotel that's going out of business. For whatever reason they decide to spend their last few days at work (24 hours a day!) and sleep in empty rooms. There's plenty of empty room because there's only three guests. Nice set-up, I guess, so let's see what happens...

...not a motherfuckin' thing. I've had bowls of Boo Berry cereal that were scarier than this movie. The two hotel workers are both ghost enthusiasts and since the hotel is suppose to be haunted they spend their spare time looking for ghosts. So that means we, the audience, gets to watch them do hair-raising stuff like talking about ghosts, walking down empty hallways, looking at a ghost website and making sound recordings of empty rooms!!!!!! Wow! I hope you can handle that much excitement. Finally some stuff happens near the end, but honestly, it's so goddamn weak it's over before you can even say "This is fucking stupid.".

After the suckfests CABIN FEVER 2 and THE HOUSE OF THE DEVIL I can't figure out how writer/director Ti West keeps making movies. Do these turds actually make money?! I like slow-burn movies just as much as the next guy, but goddamn it you eventually have to have something happen! Otherwise it shouldn't even be categorized as a Horror movie, but instead a Drama. A drama about two nerds who sit around talking for 95 minutes and then right when the film is about the end a ghost jumps out. Boo!

Skip it with a vengeance and never look back. If you need me I'll be in my room watching INSIDE. 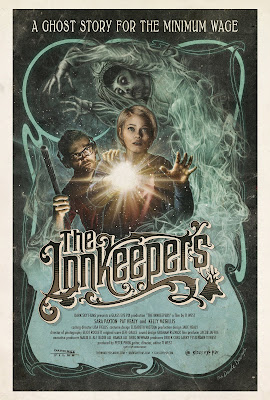 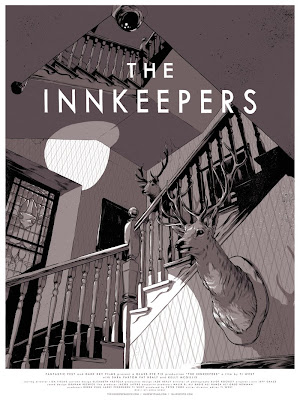 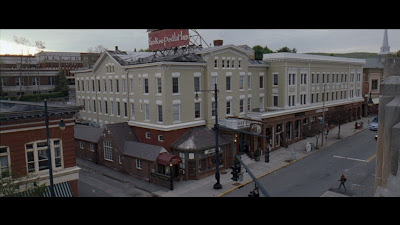 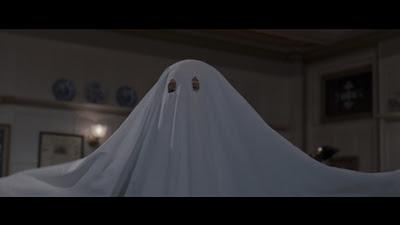 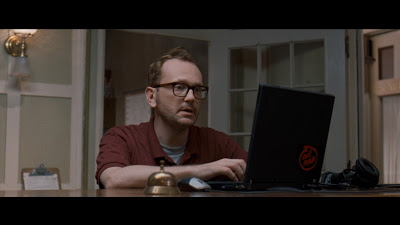 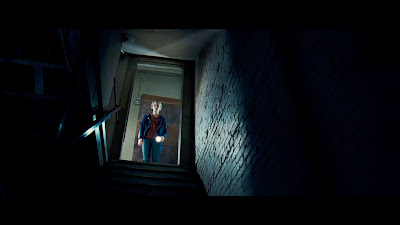 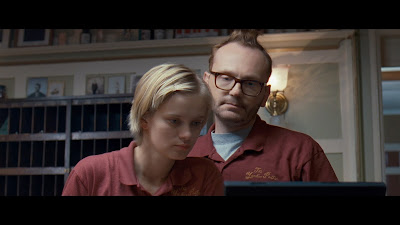 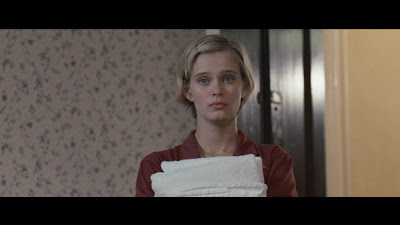 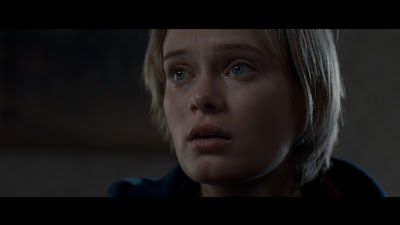 Email ThisBlogThis!Share to TwitterShare to FacebookShare to Pinterest
Labels: horror
Newer Post Older Post Home
All reviews are a work in progress. All opinions are mine. All mistakes are mine as well.
Dymon Enlow