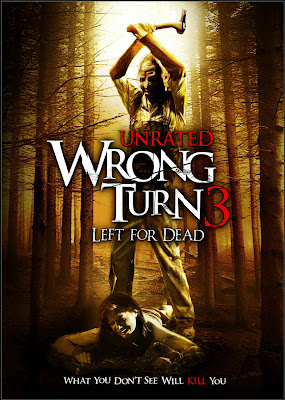 At 80% prison escape drama, 30% mutant hillbilly slasher killing, 5% cannibalism, 1% tits and 30% entertaining...WRONG TURN 3: LEFT FOR DEAD is the crappiest of the series (so far). It's not horrible, just very predictable and I found myself daydreaming a lot. Even during the attack scenes.

A group of maximum security prisoners are being transported on a bus to another location. Suddenly, a hillbilly truck appears and runs them off the road. Unable to contact anybody for help, the group is forced to walk through the scary woods. Which is exactly what the mutant cannibal monsters had in mind, because they have the forest booby trapped with all kinds of shit for chopping up people. Along the way, the group comes across a wrecked armored truck full of money. This leads to all kinds of drama. To break up the sausage fest the group also comes across a woman who's been in the woods for the last few days hiding for the cannibal guy.

Of all of the 47 million different scenarios that the writers could have came up with for a WRONG TURN sequel I think number 47,000,001 would have been "have a group of dudes with fake tattoos walking around the woods talking nonstop about how tough they are while being hunted by a lone hillbilly cannibal who looks like a large, furless, physically disabled meerkat". Instead I would have gone along the lines of some more like "a large, furless, physically disabled meerkat family attacks a cheerleader camp. Humongous amounts of ultraviolence, ultranudity and ultrashort shorts and ultraskimpy t-shirts ensue".

Worth a watch, if you are extremely bored, but not really. 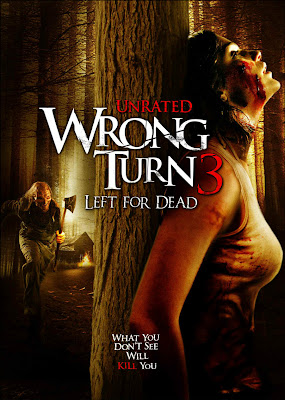 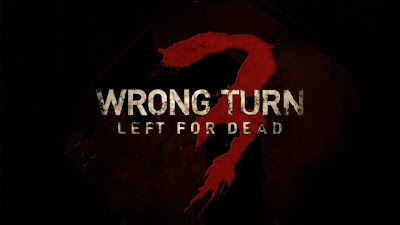 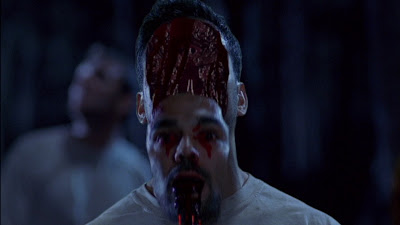 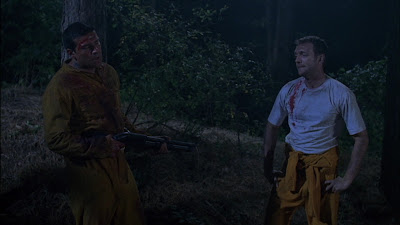 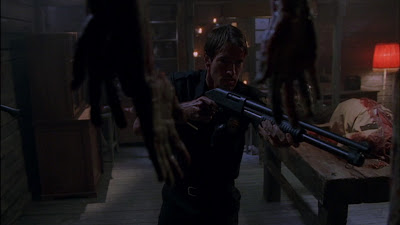 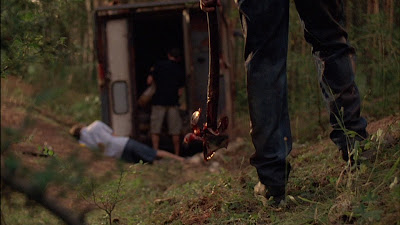 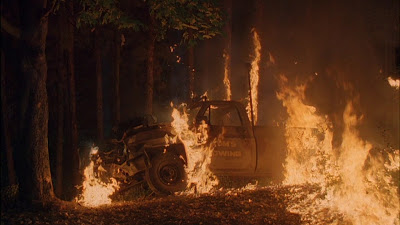 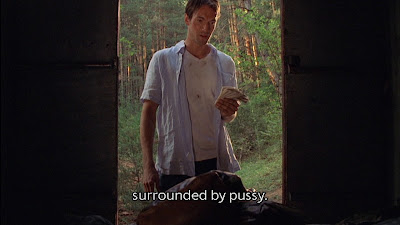 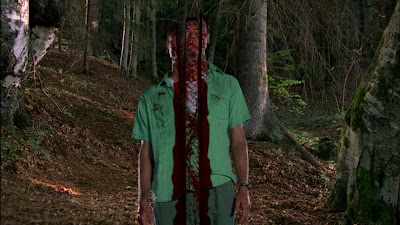 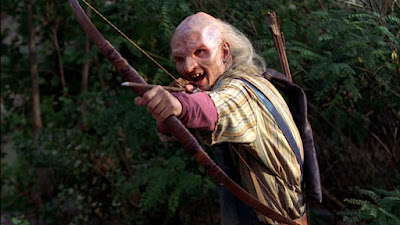 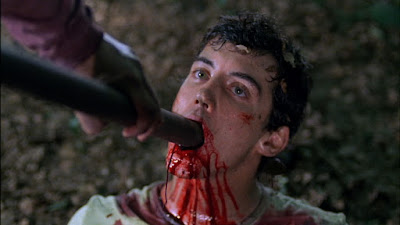 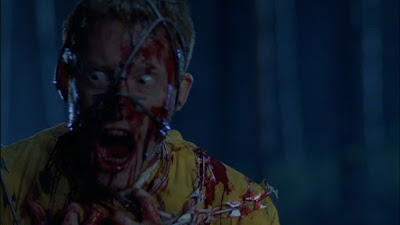 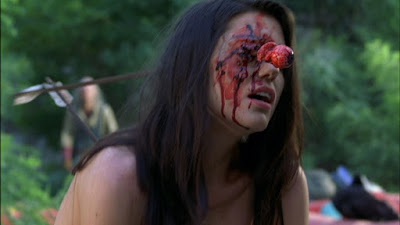 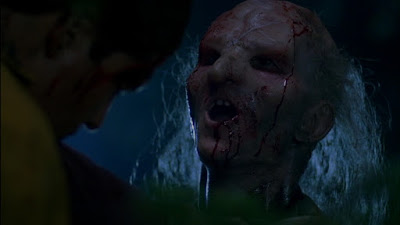 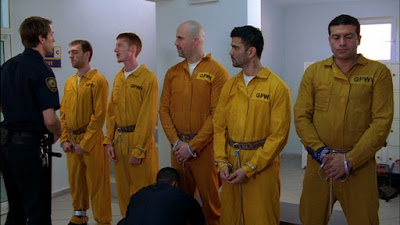 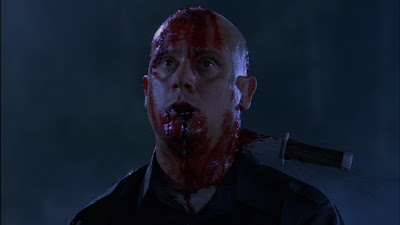 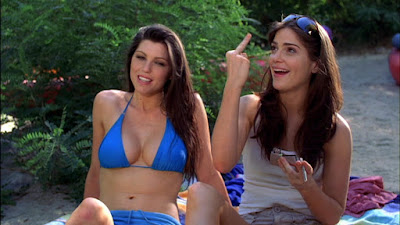 Posted by Dymon Enlow
Email ThisBlogThis!Share to TwitterShare to FacebookShare to Pinterest
Labels: horror
Newer Post Older Post Home
All reviews are a work in progress. All opinions are mine. All mistakes are mine as well.