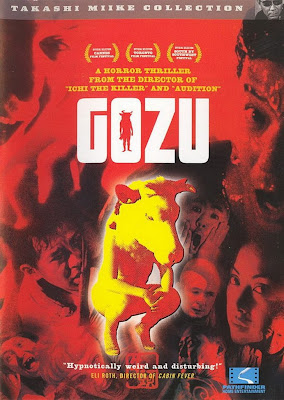 This film is probably more brilliant than my little brain can comprehend.

Yakuza Ozaki clearly has a screw loose, so his crew decides to kill him.  To make things easier they send him, with fellow brother Minami, to another town under the false pretense that he's to check in on some crew members there.  Once at the location he's to be killed and his body disposed of in an rather unusual way.  While still on the road some bizarre stuff happens (including an incident at a river which I'm sure somehow signifies Death or a gateway to Hell) and Ozaki disappears.  Minami, terrified that he's failed his job, looks around frantically for Ozaki, but all he finds are bizarre and repulsive characters that don't even seem real.  What the Hell is going on around here?!  Literally.

The story of GOZU is quite strange and maybe impossible to interpret, but clearly Ozaki dies towards the beginning of the film and somehow Minami is pulled (if that's even the right word) into this strange purgatory between Life and Hell.  I'm not a film scholar or a expert on the Buddhist afterlife or Greek Mythology, but it looks to me that there is a lot going on beneath the surface.  A theory off the top of my head is at the beginning of the film we know that Minami is innocent since he's still a virgin, but Ozaki is not innocent (killing the white dog).  The river signifies Death(?) and the town must be a gateway to Hell(?).  The characters signify different things (I won't waste your time with it all) and maybe the female signifies repressed homosexuality tendencies (you'll understand when you see the movie).  Minami is still a virgin, but the voice from inside the girl is calling to him.  He eventually looses his innocent (pop sound) and Ozaki has returned.  There's also the thing about the hidden room at the Inn, could that signified inner happiness?  Who knows?  Or maybe the entire film is all just a red herring full of weird imagery.  Either way GOZU is a fun film and one of my absolute favorite Miike films.  The ladle scene alone is worth the price of admission.  Hell, Renji Ishibashi's facial expressions in the ladle scene alone are worth buying this movie! 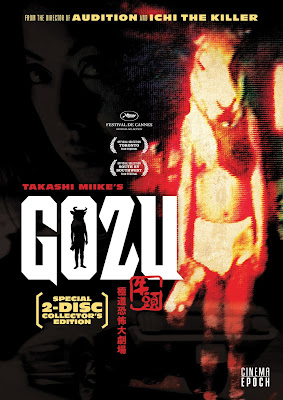 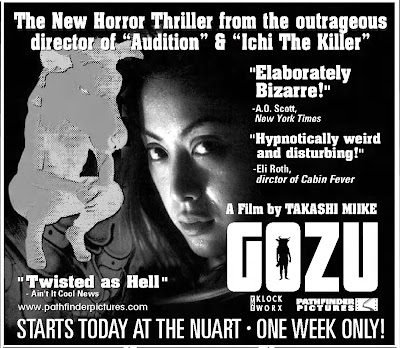 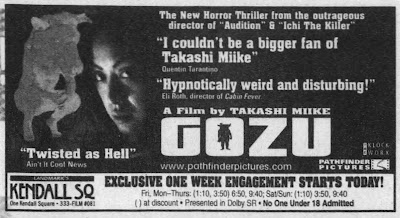 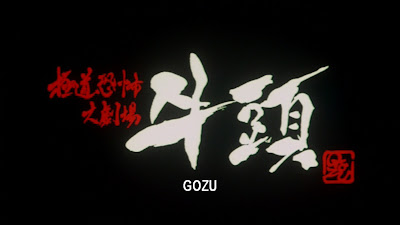 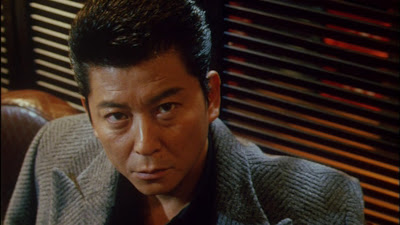 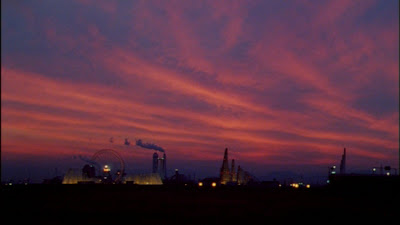 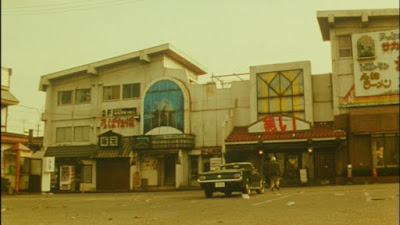 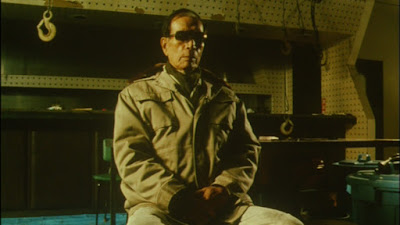 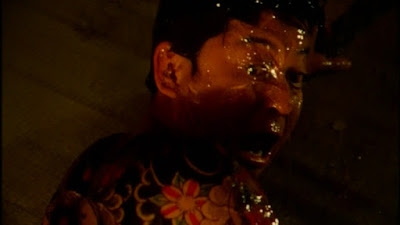 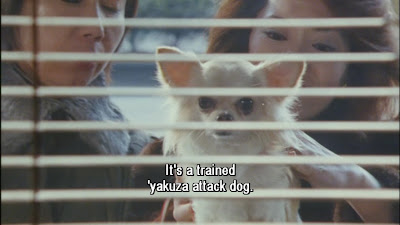 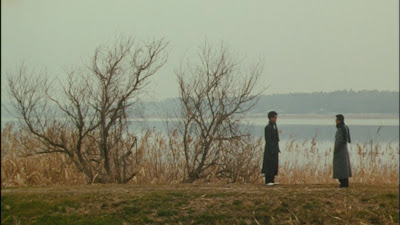 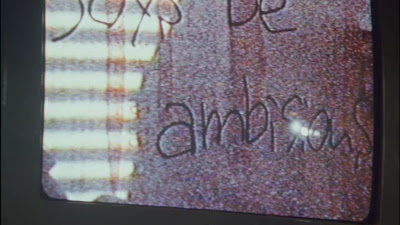 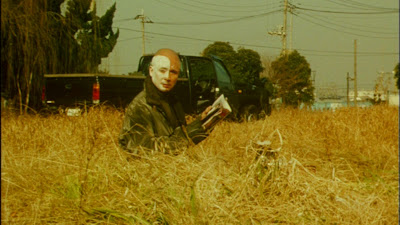 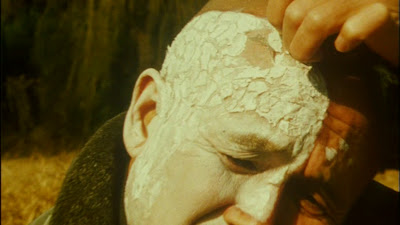 Scratching away at the white (innocence)? 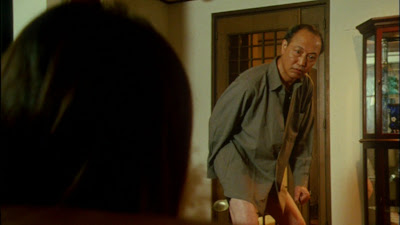 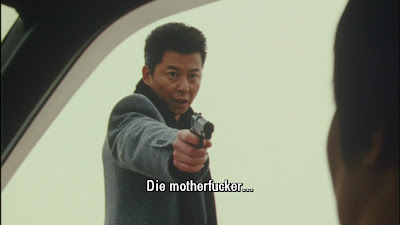 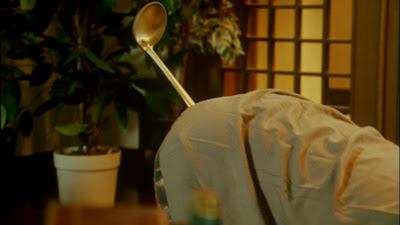 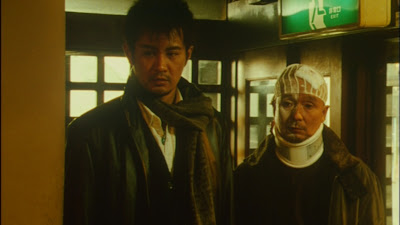 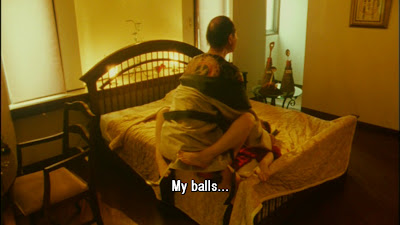 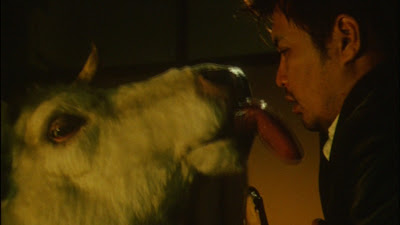 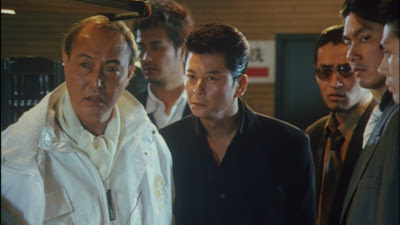 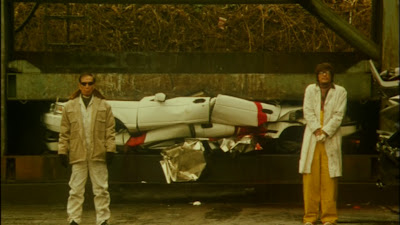 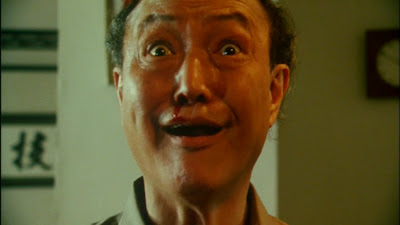 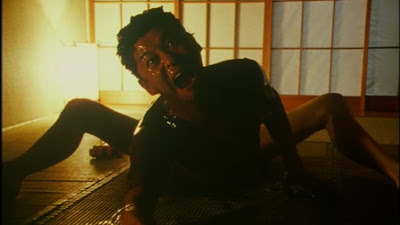 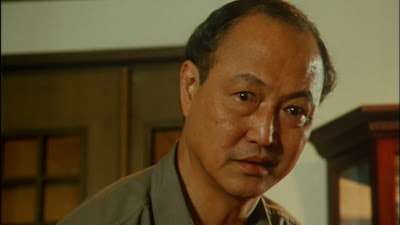 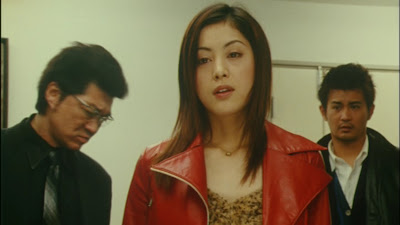 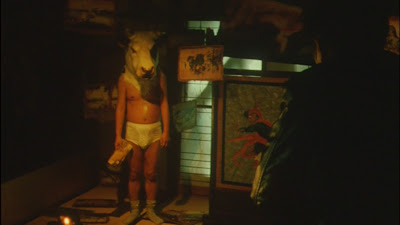 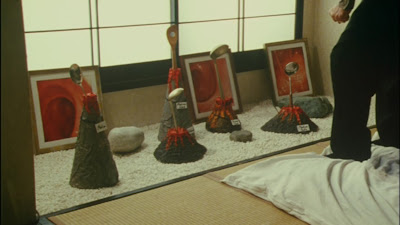 Posted by Dymon Enlow
Email ThisBlogThis!Share to TwitterShare to FacebookShare to Pinterest
Labels: Renji Ishibashi, Takashi Miike, Tetsuro Tanba
Newer Post Older Post Home
All reviews are a work in progress. All opinions are mine. All mistakes are mine as well.