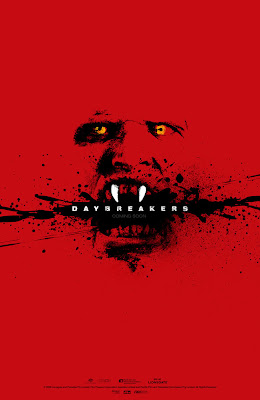 A few decades in the future a virus has turned the majority of people turn into vampires who dress like they live in the 1940's and drive cars that make a bizarre wrrrrrrrrrrrrr sound. To satisfy the populations demand for human blood, corporations hunt and farm humans for their blood. But Ethan Hawke doesn't drink human blood and even tries to help some humans he's found.

Interesting concept, but DAYBREAKERS is not an interesting movie. Which is sad cause I really like the idea of a vampire world, there's some many ways the story could go (do the vampires breed?, do they have churches? if a vampire is trapped in a child's body can it legally have sex with an "adult"? what's it like for the vampires that have day shift jobs? are there vampire animals? do vampires want to explore outer space?, etc.), instead DAYBREAKERS narrows the story down to hematologist Ethan Hawke who is working on a blood substitute. By chance, he nearly has a car wreck with a band of human refugees and they hook up with Willem Dafoe who used to be a vampire, but is now a human due to a car wreck....wah?

Anyways, boring story stuff happens and finally machine guns come out and something happens, etc. Once I saw this was just another Hollywood by-the-numbers small band of people vs. the Big Corporation/Government story I started daydreaming about how I wish I was watching THIRST again or maybe taking a nap. 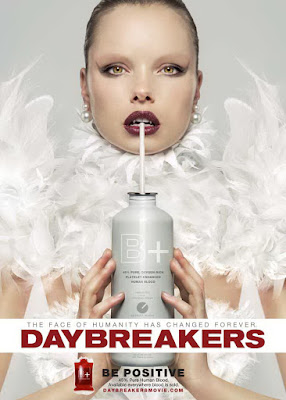 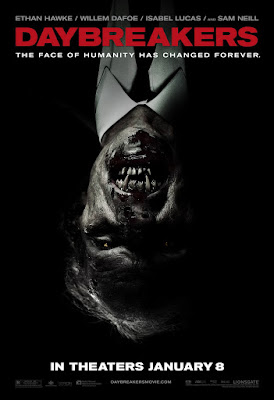 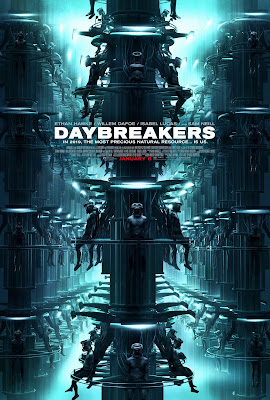 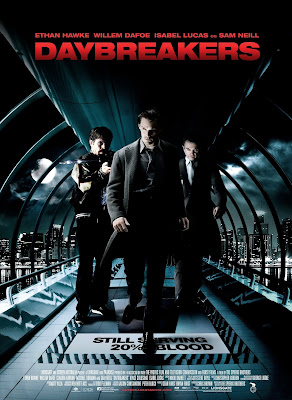 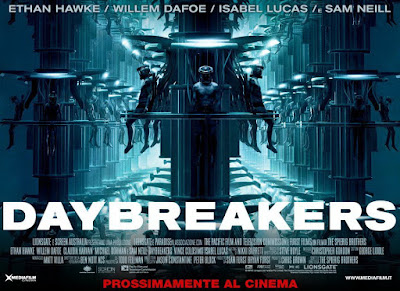 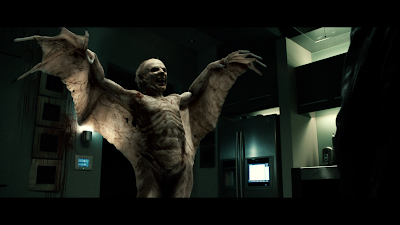 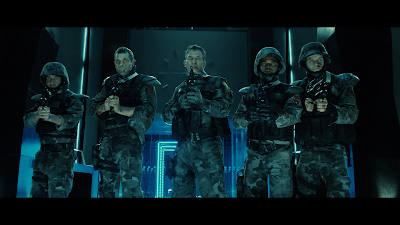 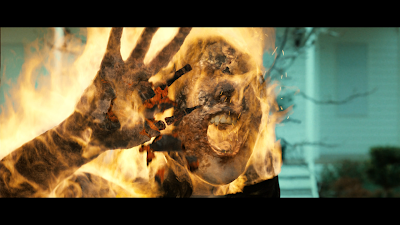 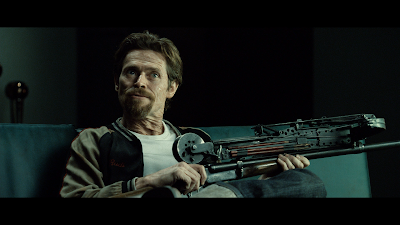 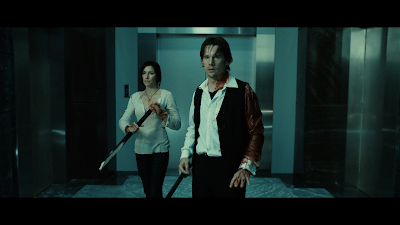 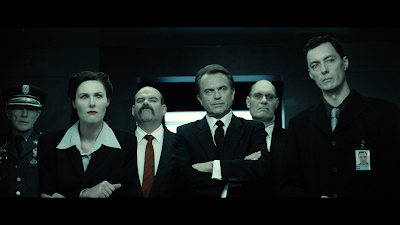 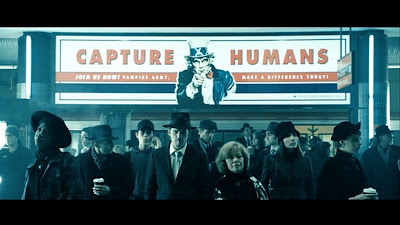 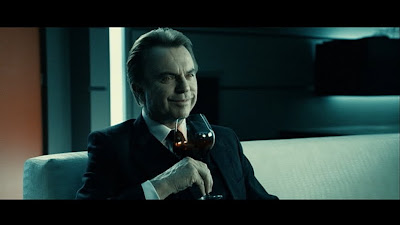 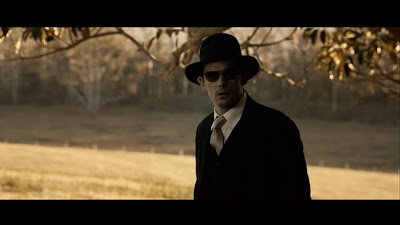 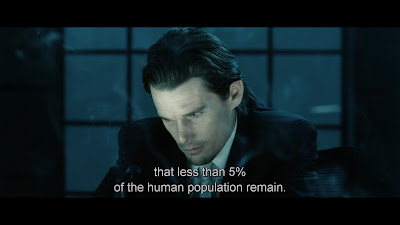 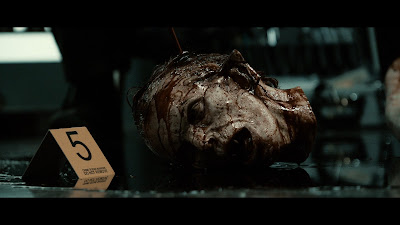 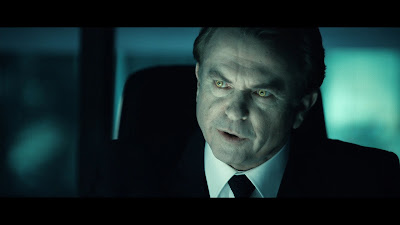 Email ThisBlogThis!Share to TwitterShare to FacebookShare to Pinterest
Labels: Ethan Hawke, Sam Neill, Willem Dafoe
Newer Post Older Post Home
All reviews are a work in progress. All opinions are mine. All mistakes are mine as well.
[Update 03/01/2020: Current victim of severe mental and emotional abuse. Too depressed to write. I might occasionally edit some older stuff, but there will not be any new reviews until I feel better.]
Dymon Enlow
Austin, TX