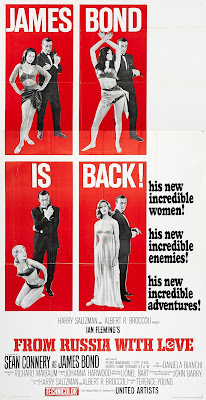 This is more like it. DR. NO was boring and too serious, but FRWL is a little bit lighter and more in line with the James Bond template we're used to. Fresh from his trip to Jamaica, James is sent to Istanbul to investigate and steal a Russian decoding device. Naturally, he nails a few random chicks and then uses his cocksmithing skills to pussywash (that's brainwashing, but on the pussy) a woman who is working for the Russia embassy. She helps Bond steal the decoder, but then they have to escape back to England.

Good movie and much more entertaining than DR. NO. This time around Bond actually has a few simple gadgets (teargas suitcase, hidden knife in same suitcase) and best of all he has a an evil henchman to fight in the form of Robert Shaw who's great. I really wish his part would have been bigger. As far as the women go: the chick with the crazy eyebrows from DR. NO is back and begging for more brutal blowjobs; Bond also one-man gang rapes two gypsy women (and they love it!!!) but his main squeeze is the Russian girl who is nonstop begging to get fucked. It's kinda funny. Still I wish the budget was higher and there was more action. I got a little bored.

One and a half thunderballs out of five. 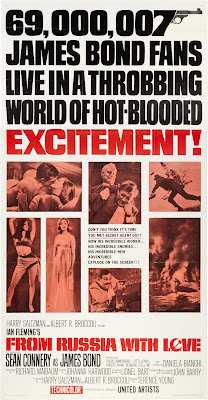 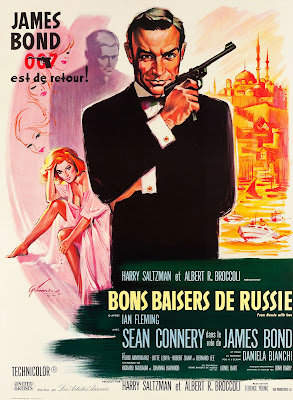 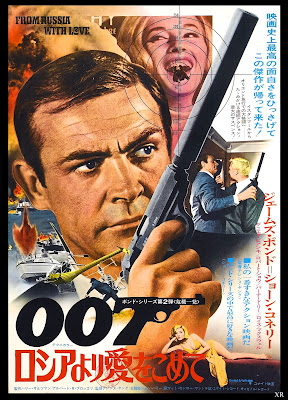 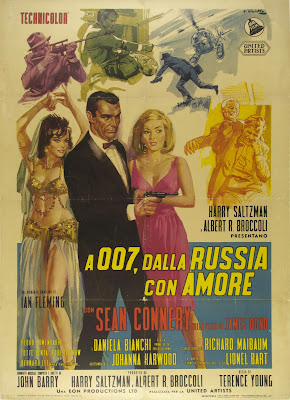 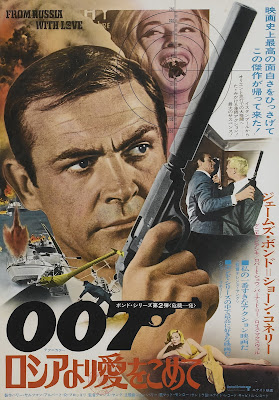 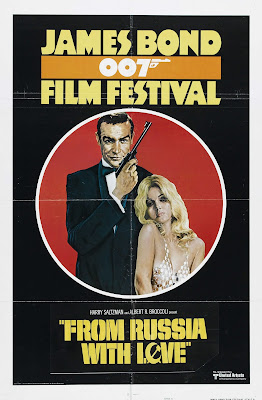 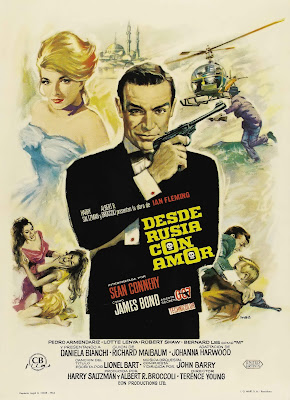 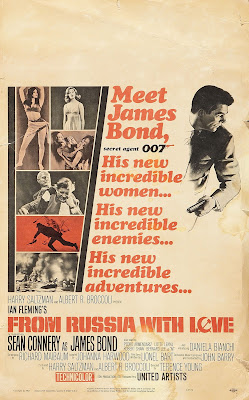 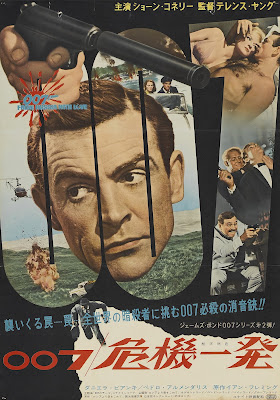 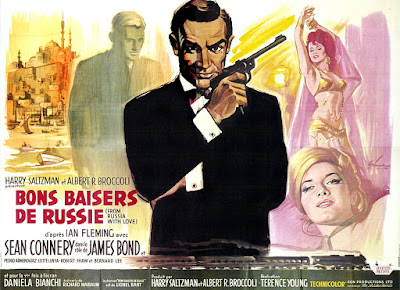 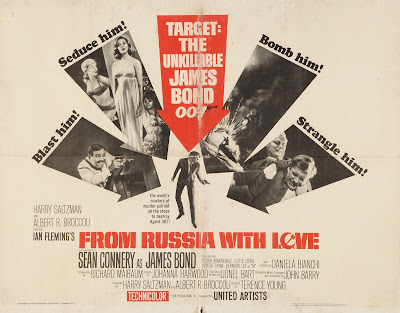 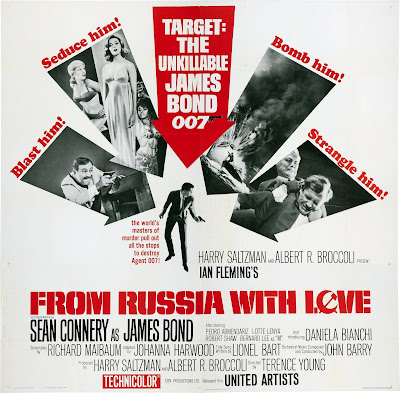 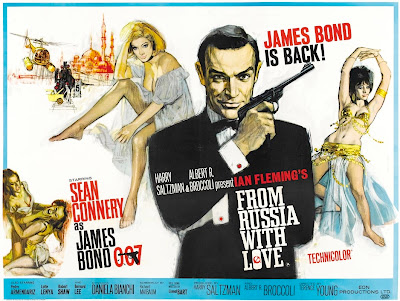 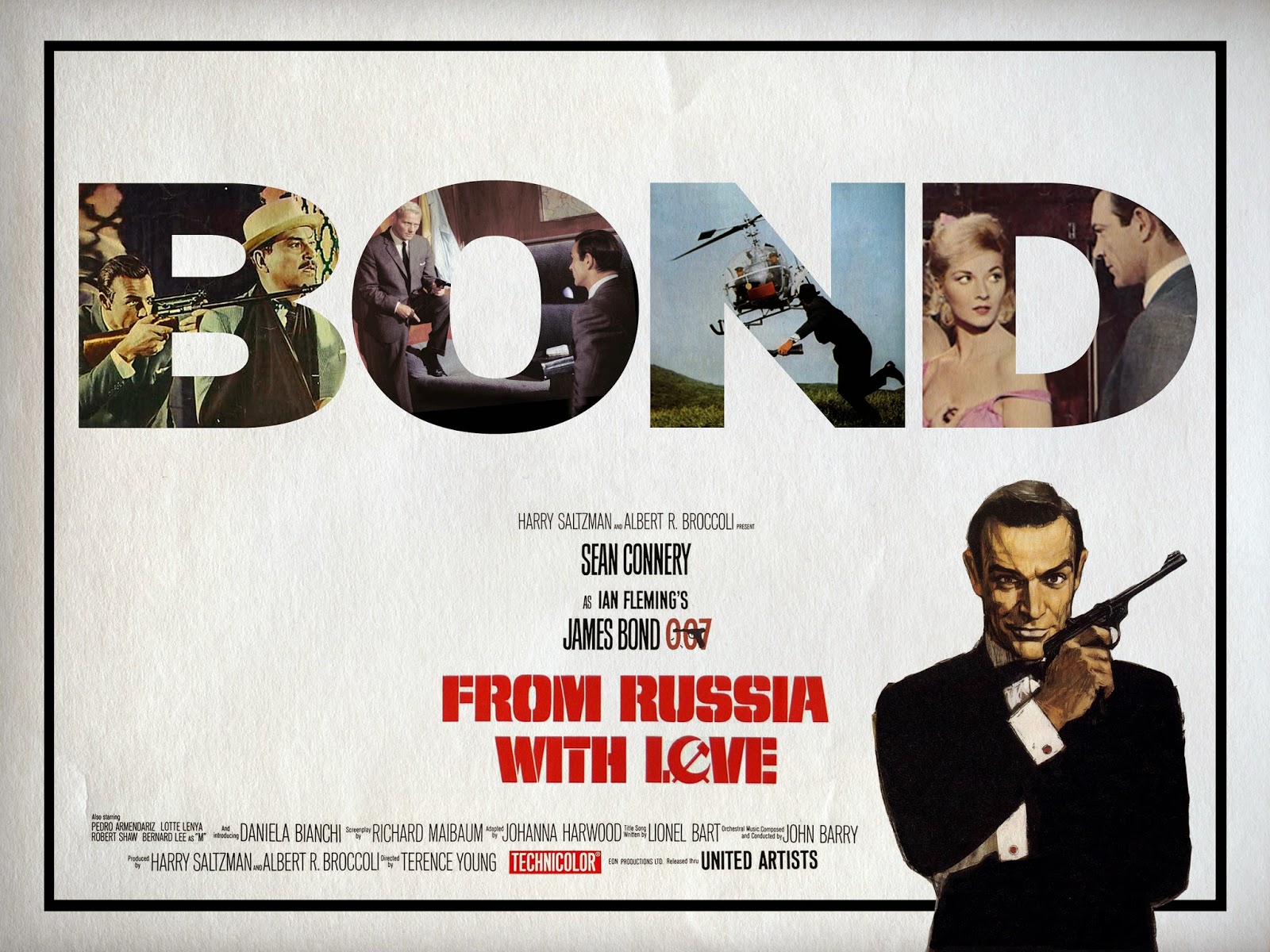 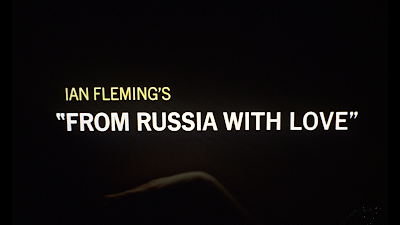 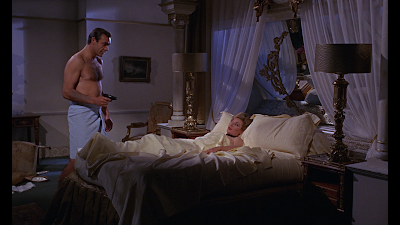 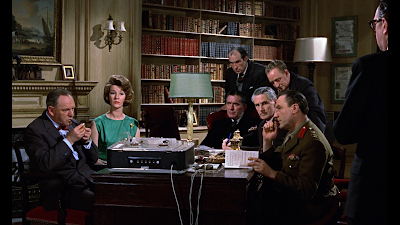 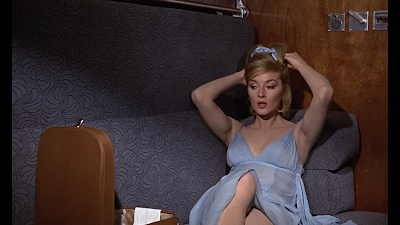 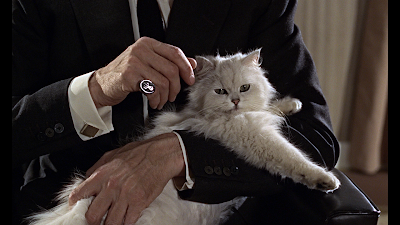 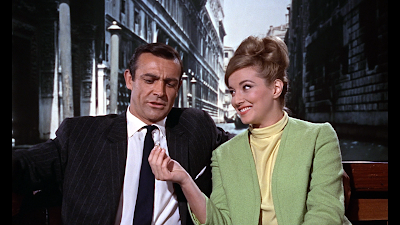 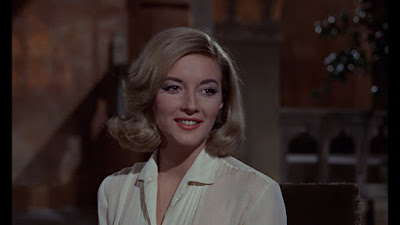 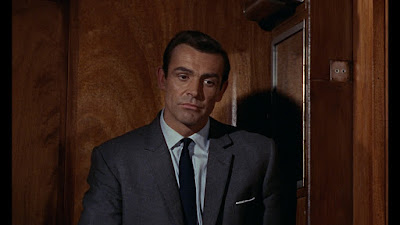 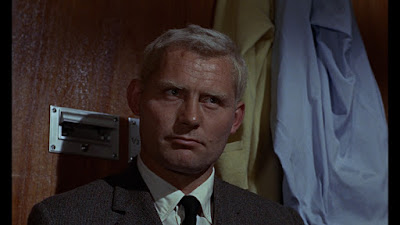