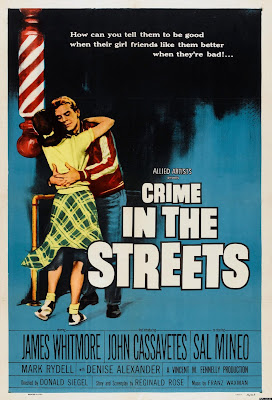 Ohhhh brother! This movie is so dated and naive that I'm curious if anybody ever took it seriously? The opening scene has two street gangs (the Hornets and the Dukes) squaring off for a rumble, they fight and despite the fact that most everybody has a weapon (one dude even has a board with a giant nail in it!) nobody gets hurt outside of a few bumps and scratches. Next up, the Hornets kidnaps a Duke member and beat his ass in an alley. The gang leader's upstairs neighbor sees one kid pull a zip gun on the hostage and calls the police. He's arrested, so the Hornets decide to get revenge by killing the rat. The rest of the movie is the slow-boil build up to the appointed time for the murder.

CITS is so cheesy that it could have easily been a Christian movie.  All you needed was for the social worker guy say "Jesus loves you." every once and a while.  When I saw director Don (DIRTY HARRY) Siegel's name on the credits I had high hopes that this film would rock, since he did PRIVATE HELL 36 just two years earlier and INVASION OF THE BODY SNATCHERS the same year, but no such luck. The entire movie was obviously shot on a sound stage and might have even been made for television, it sure looks like it was. I think Siegel was just cashing a pay check on this one. And that leads us to the acting...it's actually pretty good, even though the teenage gang leader was played by 27-year-old John Cassavetes.

If you like old juvenile delinquent films where the "bad guys" are such giant dorks it's almost painful to watch then CRIME IN THE STREETS is for you.  Good for a laugh only.  Skip it. 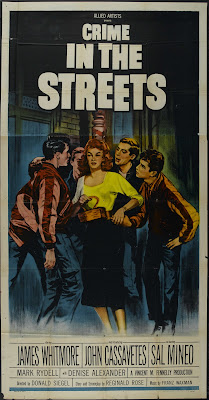 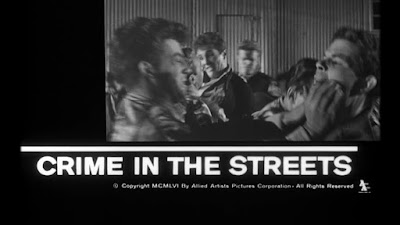 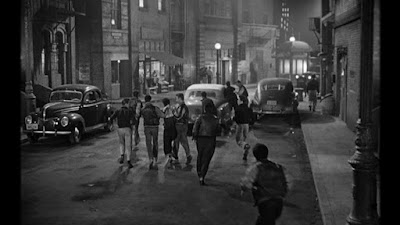 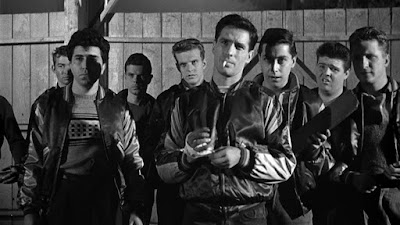 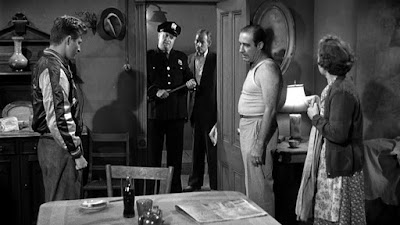 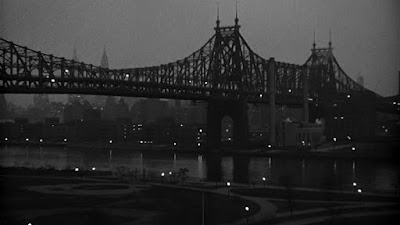 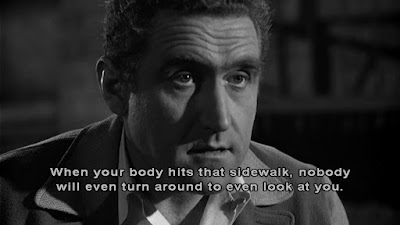 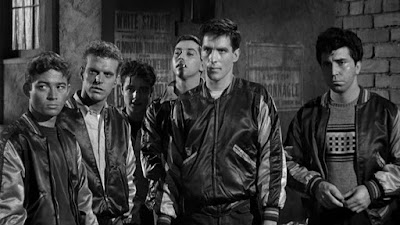 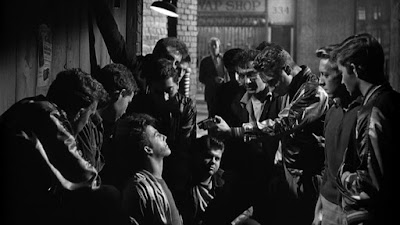 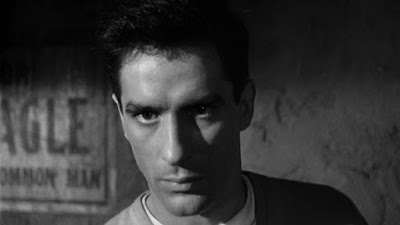 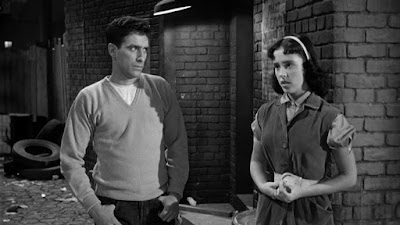 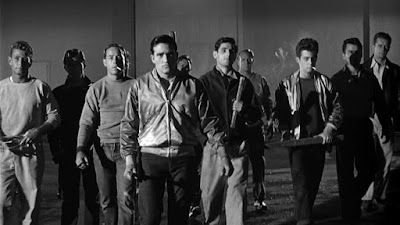 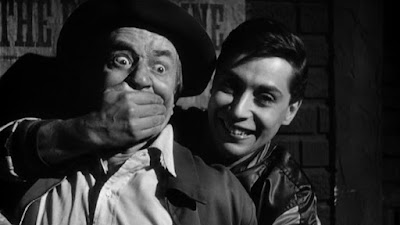 Email ThisBlogThis!Share to TwitterShare to FacebookShare to Pinterest
Labels: Don Siegel, James Whitmore, John Cassavetes
Newer Post Older Post Home
All reviews are a work in progress. All opinions are mine. All mistakes are mine as well.
[Update 03/01/2020: Current victim of severe mental and emotional abuse. Too depressed to write. I might occasionally edit some older stuff, but there will not be any new reviews until I feel better.]
Dymon Enlow
Austin, TX