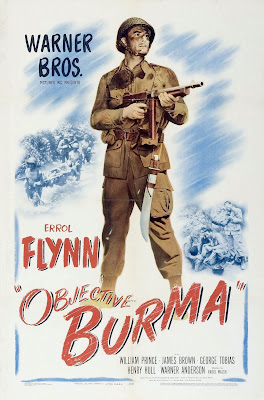 Who knew Burma looked so much like California?! I'm just kidding. OBJECTIVE, BURMA! is actually a good movie. It kept me entertained the entire time and even a little shocked in a few scenes.  Also it's one of the only films I can even recall that's about the WWII Burma Campaign.

Handsome Errol Flynn leads a group of soldiers on a parachute drop behind enemy lines to destroy a radar station. They do it, but when it comes time for their air extraction the LZ is too hot, so now Flynn has to lead his boys a hundred and fifty miles through an harsh jungle with a pissed off Jap Army hot on their tails! Really good stuff and I especially liked the scene where the Americans are dug into little holes and the Japanese are slowly creeping up on them. I don't think I'm giving away anything here, but at one point the Jap kills an American with a knife then calls out in English to another soldier asking if he's OK. The American instantly figures out what happened so he answers then sets a hand grenade in the space between them and lays down in his hole with his helmet over his head. The Jap crawls over and the grenade blows up right in his face!!! Goddamn!

Of course it's not as bloody and violent as a modern day military action film, but this was the real deal full of anti-Japanese propaganda. Errol Flynn does a good job of looking like a war fatigued soldier. Director Raoul Walsh somehow directed three other films in 1945 including THE HORN BLOWS AT MIDNIGHT. 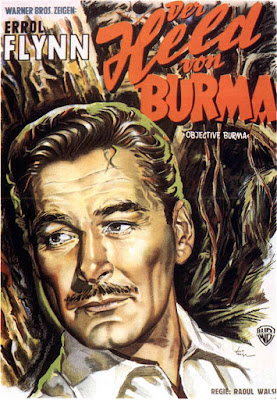 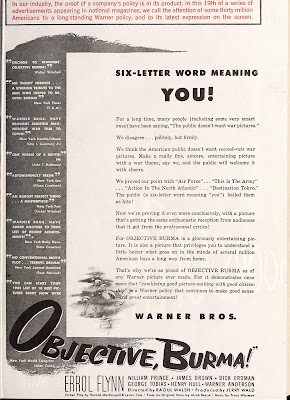 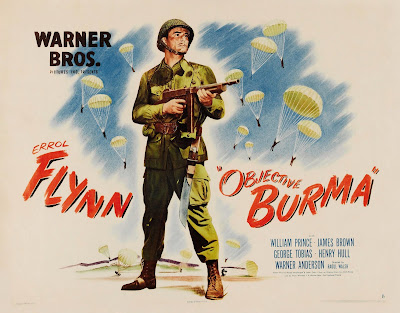 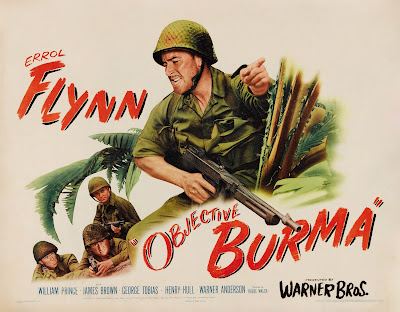 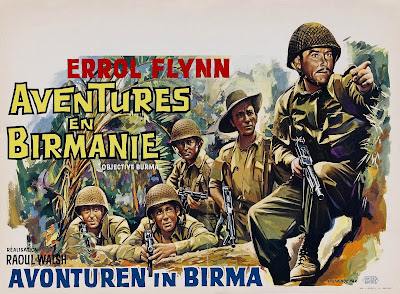 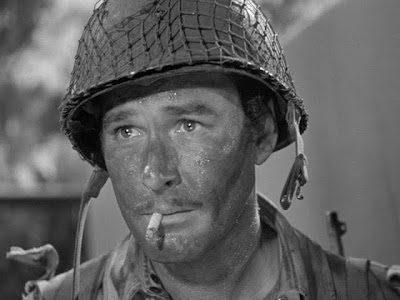 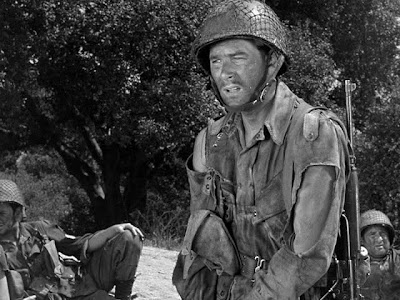 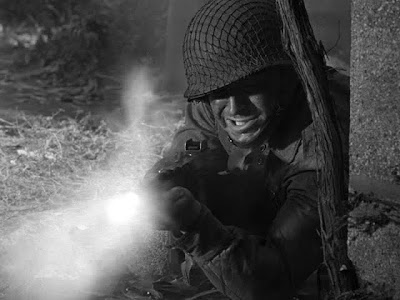 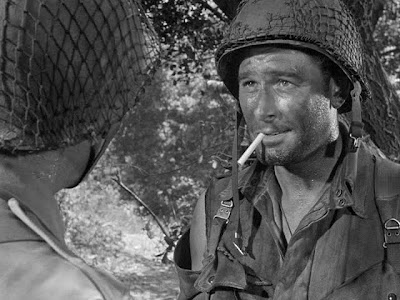 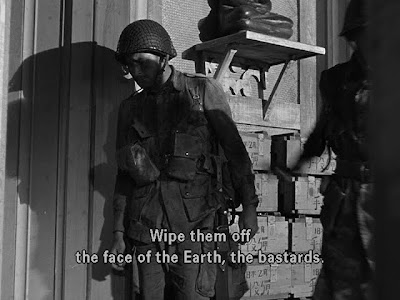 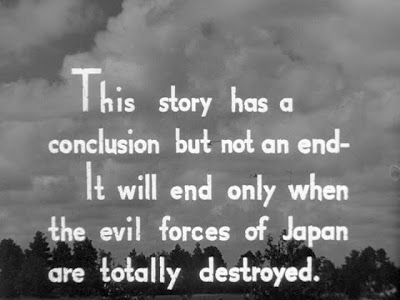 Email ThisBlogThis!Share to TwitterShare to FacebookShare to Pinterest
Labels: Errol Flynn, Raoul Walsh
Newer Post Older Post Home
All reviews are a work in progress. All opinions are mine. All mistakes are mine as well.
[Update 03/01/2020: Current victim of severe mental and emotional abuse. Too depressed to write. I might occasionally edit some older stuff, but there will not be any new reviews until I feel better.]
Dymon Enlow
Austin, TX