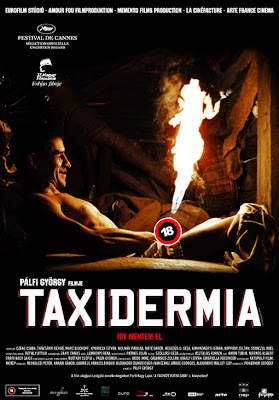 Got an extra hour and a half of your life that you want to throw straight down the drain? Then TAXIDERMIA is the answer for you!

Without giving too much away, the story starts out with a total loser scumbag who can't get laid for shit and resorts to fucking a hole in a wood wall or masturbating while thinking about a little girl. Eventually he impregnates a really fat bitch and has a baby with a tail. The freak baby grows up to be a champion sport eater and an a world class dork. He impregnates a gigantic bitch and she gives birth to a really small baby that goes up to be a skinny freak with zero social skills. Eventually he goes nuts and taxidermies himself.

I have zero idea what the point of this movie is, but there isn't a story, all of the characters are repulsive and even though a lot of critics seem to think that it's visually stunning I didn't. I found the entire thing pointless and boring. I kept waiting for the story to start, then after like 20 minutes I started to realize that there isn't one.

If I'd written a script this lame I would have thrown it in the trash. Skip it with a vengeance. 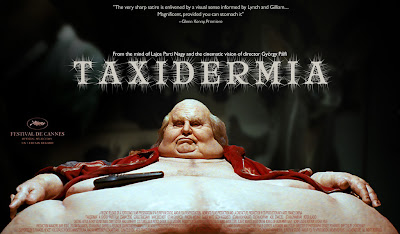 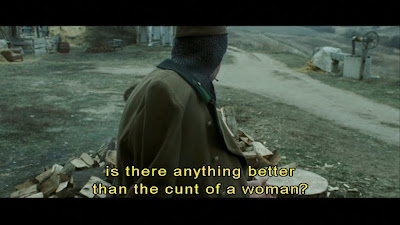 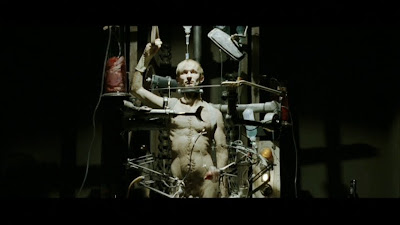 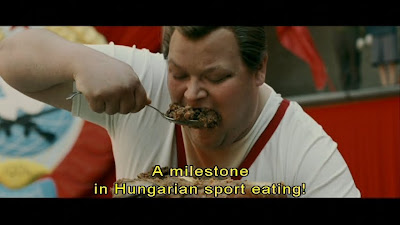 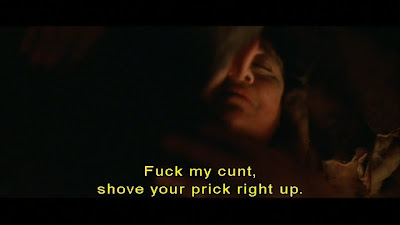 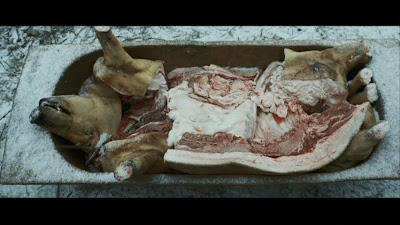 Email ThisBlogThis!Share to TwitterShare to FacebookShare to Pinterest
Newer Post Older Post Home
All reviews are a work in progress. All opinions are mine. All mistakes are mine as well.
[Update 03/01/2020: Current victim of severe mental and emotional abuse. Too depressed to write. I might occasionally edit some older stuff, but there will not be any new reviews until I feel better.]
Dymon Enlow
Austin, TX