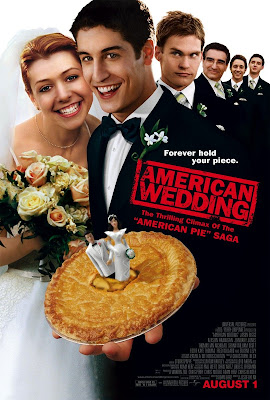 About two or three laughs and that's it. In the opening scene Jim pops the question to Willow and they decide it would be best to keep Stifler away from the wedding. Naturally that doesn't happen.

There's a number of things I don't like about this movie. First off, there's 8 (fucking eight!!!) characters missing. Including Nadia!!! This is just unacceptable. It'd be one thing if the movie was still funny, but it's not. The majority of the humor is just recycled jokes from the original. Even more distracting is Stifler's now borderline intellectual disability. He's literally become Doug from GHOST WORLD. My biggest complaint is it doesn't have the intimate feel of the first two films. Part 3 feels more like an imitation than a continuation. The only highlight of the movie was the introduction of Willow's younger sister January Jones, who's hot as fook! Other than that, AMERICAN WEDDING is worth watching once, just to keep up with the storyline, but I would never watch it again. That one stripper did have a nice body though. 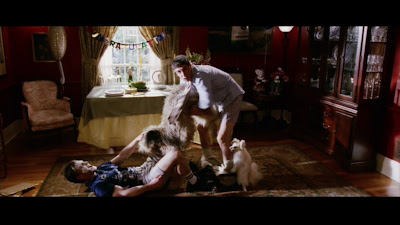 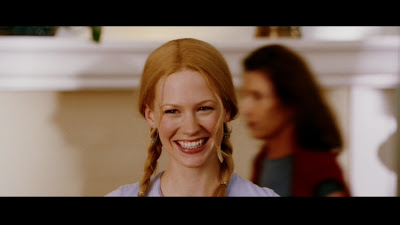 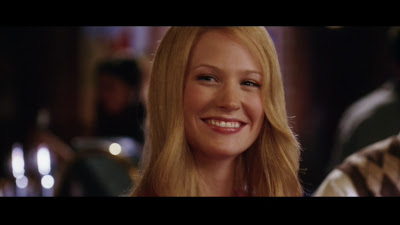 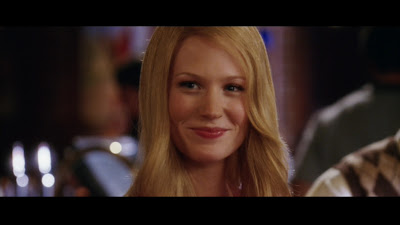 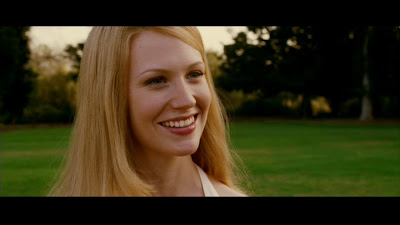 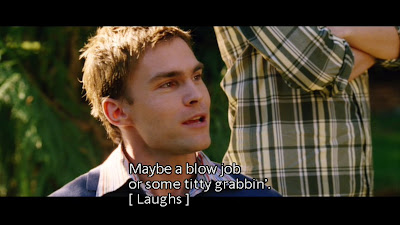 Posted by Dymon Enlow
Email ThisBlogThis!Share to TwitterShare to FacebookShare to Pinterest
Labels: Seann William Scott
Newer Post Older Post Home
All reviews are a work in progress. All opinions are mine. All mistakes are mine as well.