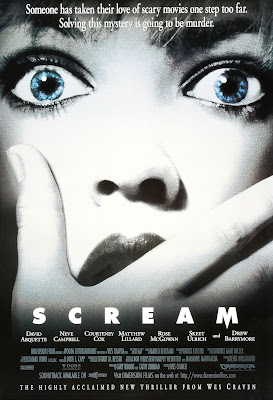 There's a mysterious killer slashing up the students of Woodsboro High School. After the first few victims are killed it appears that the main target is Neve Campbell, who's mother was herself raped and murdered just a year earlier. The students take the killings light-heartedly enough and when school is cancelled they decide to throw a bitchin' party. Everybody shows up: a ton of students, the police, a news crew and even the murderer!

Watching SCREAM again for the first time in nearly a decade I enjoyed the nostalgia of it (I saw it opening weekend in a crowded theater), but it's only a mediocre Slasher at best. The script is fun, the characters likeable and the pace quick, but the violence is lightweight, zero tits, very little blood and why outside police help isn't called in is a complete mystery. What you have to remember though is in 1996 mainstream horror was an absolute wasteland. The biggest horror releases in the months leading up to SCREAM were FROM DUSK TILL DAWN (yawn), THE ISLAND OF DR. MOREAU (double yawn), THE FRIGHTENERS (awesome movie, but not really horror), THINNER (mmmmm...Kari Wuhrer), HELLRAISER: BLOODLINE (well, I liked it) and THE CRAFT (I've popped multiple boners to Fairuza Balk as a Goth). The only Slasher I can even think of from 1996 is THE DENTIST! So add to that Slasher vacuum some popular teenage actors and a smart, cliche conscious script written in a "whodoneit" style and you've got yourself a hit.

SCREAM is a good intro film into the Slasher genre. Recommended for a good time. 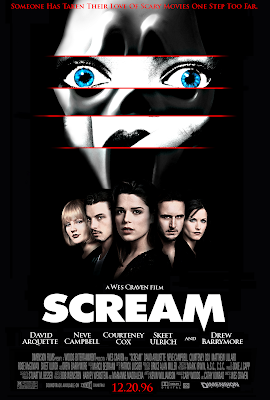 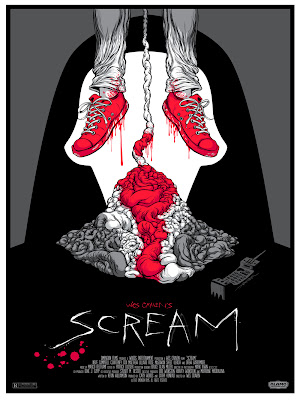 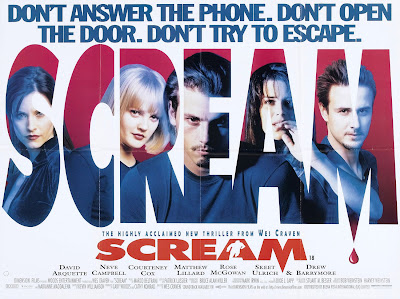 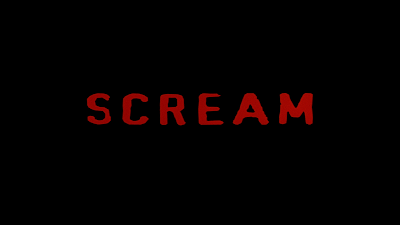 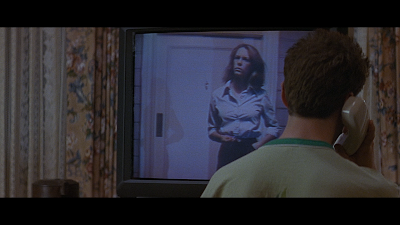 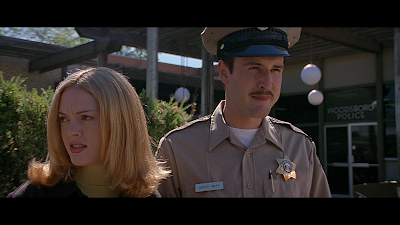 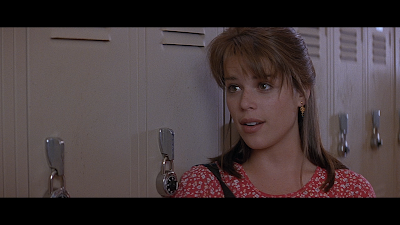 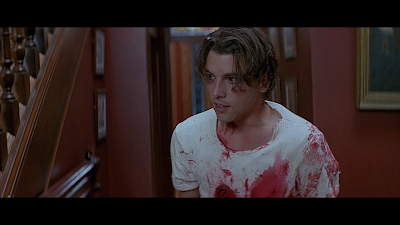 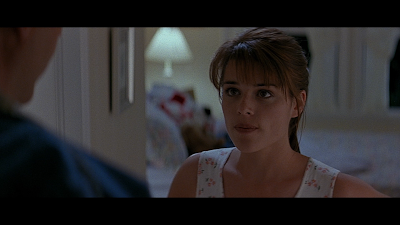 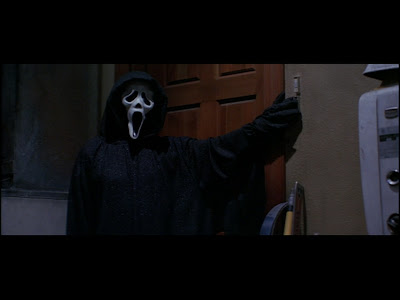 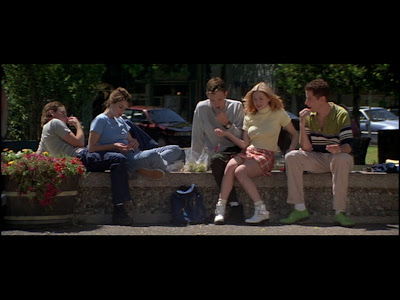 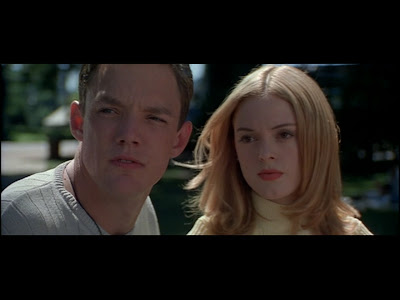 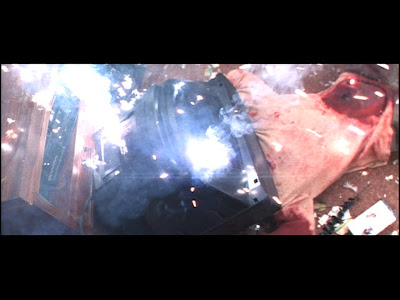 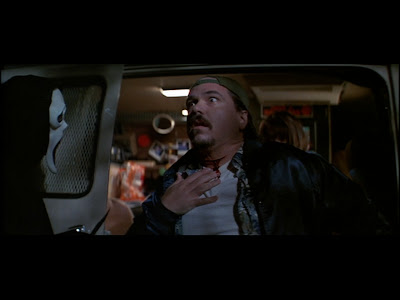 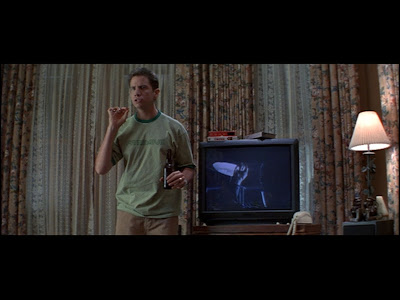 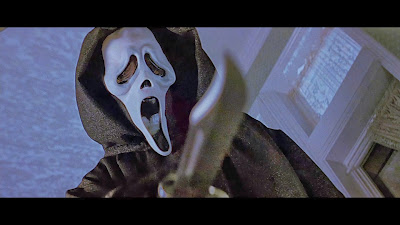 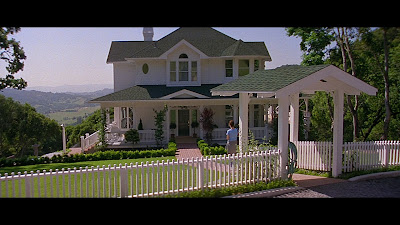 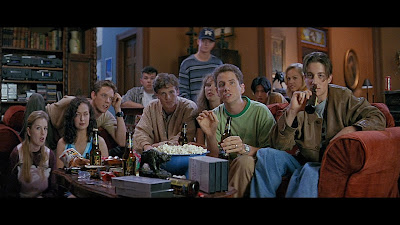 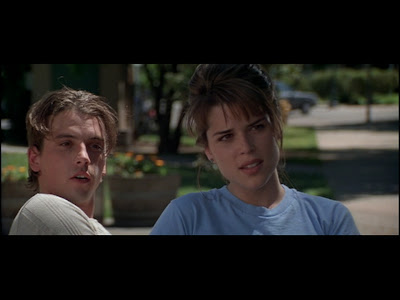 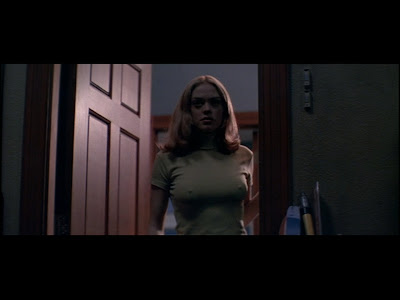 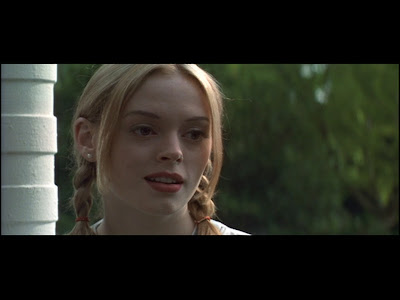 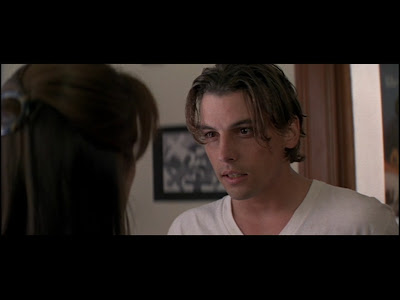 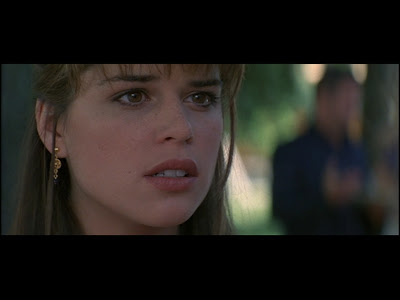 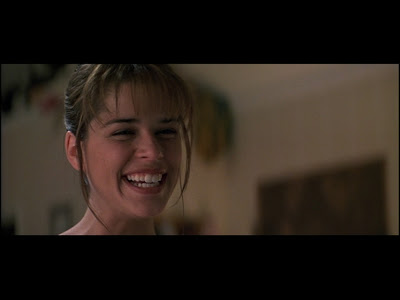 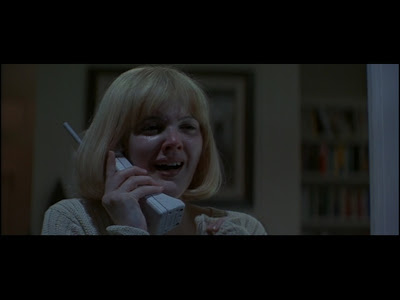 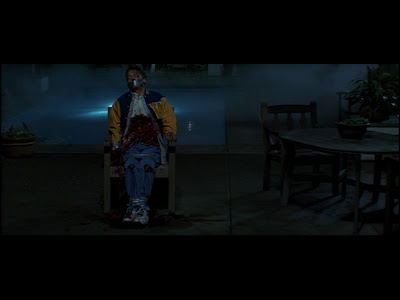 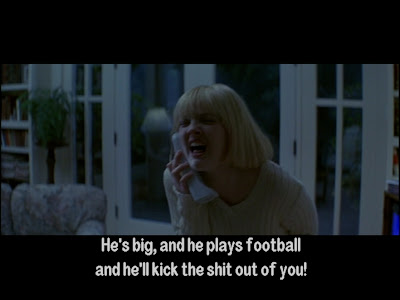 Email ThisBlogThis!Share to TwitterShare to FacebookShare to Pinterest
Labels: David Arquette, Drew Barrymore, horror, Liev Schreiber, Wes Craven
Newer Post Older Post Home
All reviews are a work in progress. All opinions are mine. All mistakes are mine as well.
Dymon Enlow