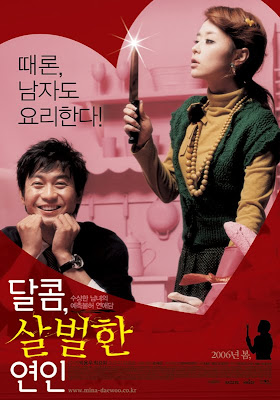 SO I MARRIED AN AXE MURDERER it's not. I watched this thinking the title MY SCARY GIRL was a play on one of my favorite movies ever MY SASSY GIRL, but no it has nothing at all to do with that masterpiece. Instead it's a highly unfunny, laugh-free comedy about a complete loser dude who falls for his unattractive neighbor. Once together he discovers that she has a troubling past. Most of the trouble dealing with the fact she's killed a few people!

Somehow Mike Myers turned that exact same story into a hilarious movie way back in 1993, but this version is a complete turkey. Not only did I not laugh once, but about halfway through I started to seriously doubt that it was even a comedy. The "lotion" line from THE SILENCE OF THE LAMBS was funnier than anything in this movie. Skip it with a vengeance and disown anybody who tells you it's funny.

My advise: if you're in the mood for a Korean romantic-comedy/drama watch MY SASSY GIRL or 200 POUND BEAUTY instead. 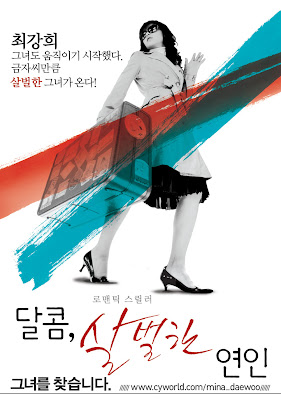 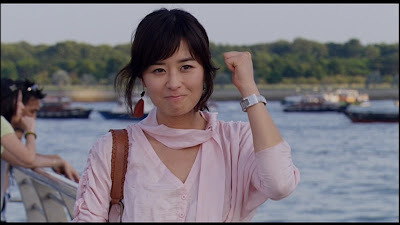 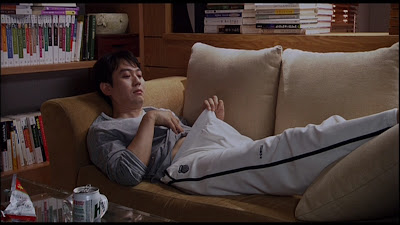 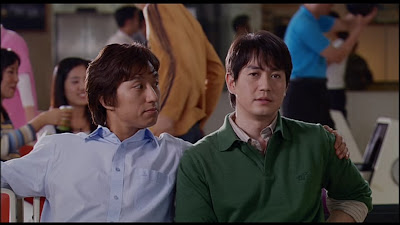 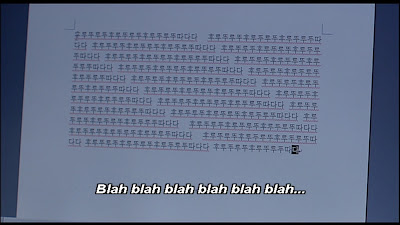 It's not often the filmmakers put an actual page from the script up on the screen. 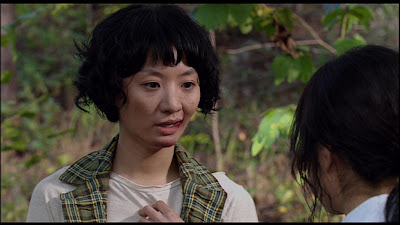 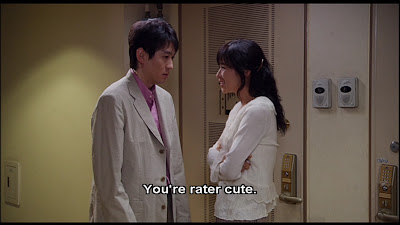 Posted by Dymon Enlow
Email ThisBlogThis!Share to TwitterShare to FacebookShare to Pinterest
Newer Post Older Post Home
All reviews are a work in progress. All opinions are mine. All mistakes are mine as well.