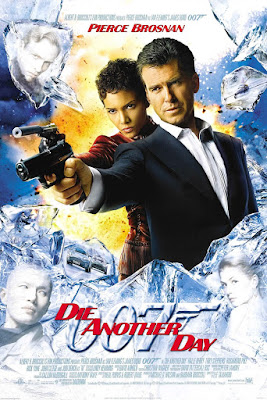 Miranda Frost: "I take it Mr. Bond's been explaining his Big Band theory."
Jinx Johnson: "Oh yeah.  I think I got the thrust of it."

The film starts with Bond surfing into North Korea.  After a botched assassination attempt, which leaves one of the intended targets with diamonds embedded in his face, Bond goes on a hovercraft chase.  He's eventually captured and tortured for 14 months, as shown by the torture/dance/opening credits montage set to Madonna singing "Die Another Day".  Bond is eventually released and appears to have absolutely zero mental or physical scars from being tortured 24/7 for the last 425 days.  Right off the bat, he's back to beating up bad guys and long-dicking hot broads.  He's also informed by the British government that they believe that he spilled secrets during his imprisonment.  So now he's off to clear his name...

The trail leads to Cuba where Bond finds the diamond-faced dude undergoing some kind of FACE/OFF-style face transplant.  All kinds of ridiculous action takes place, but it's nothing compared to the silliness that takes place at the main bad guy's "ice palace" in Iceland!  Holy moly.  It's beyond description.  The only thing I can think of is DIE ANOTHER DAY was written by a child and/or it's intended to be a comedy.  It's just soooo over the top that all you can do is laugh at it.  So, in that regard, DIE ANOTHER DAY is very entertaining.

Goofy dialogue, one hell of an entertaining sword fight, windsurfing (with used car parts) on a tidal wave through a iceberg field, flying a plane through a massive solar-powered light beam that's powerful enough that it's exploding the ground thousands of feet beneath the plane, completely insane armored car battle, a fistfight in a room full of deadly lasers, good acting, a MONTY PYTHON AND THE HOLY GRAIL reference, making fuck on a pile of diamonds (that doesn't even sound comfortable), fast pace.  On the plus side, Pierce Brosnan makes a very good James Bond.

Three thunderballs out of five. 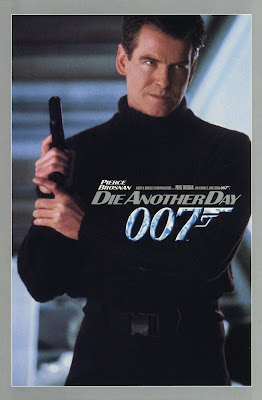 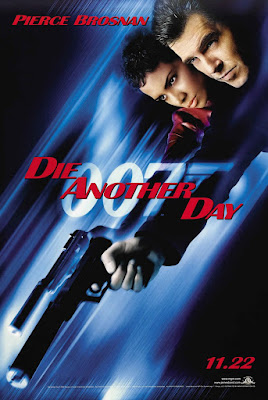 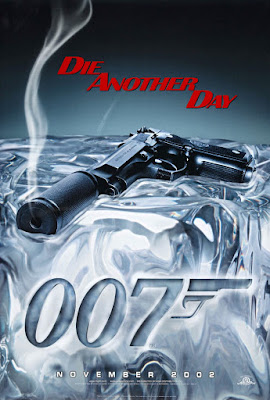 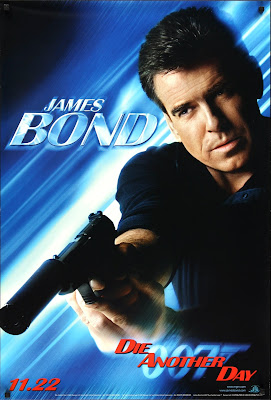 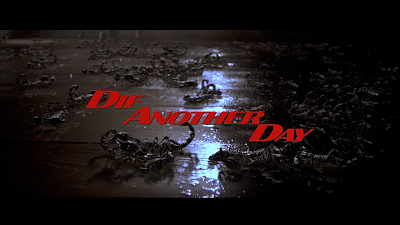 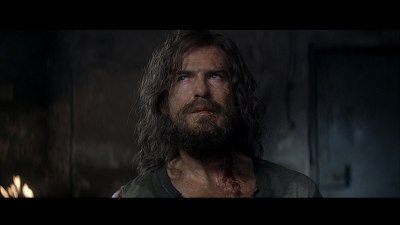 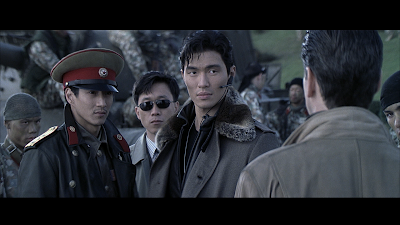 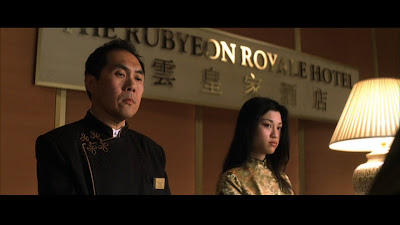 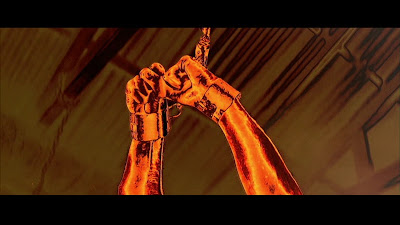 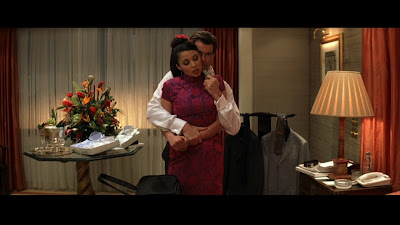 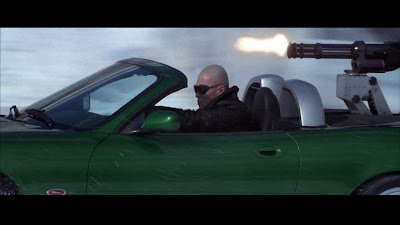 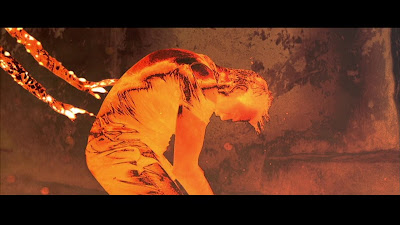 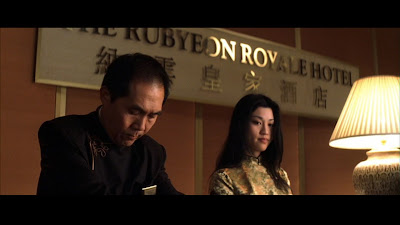 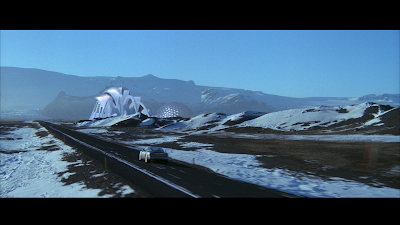 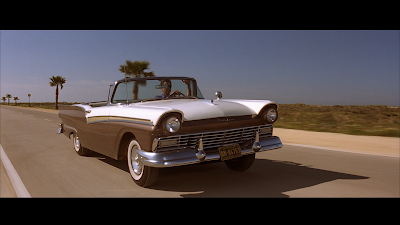 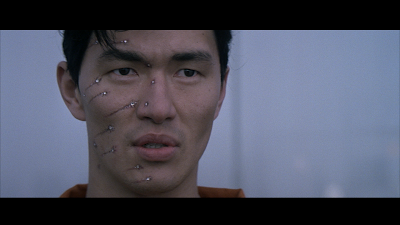 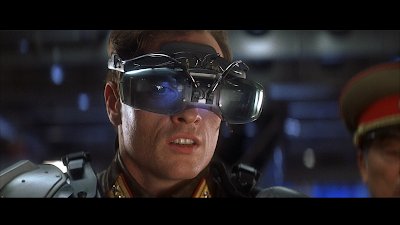 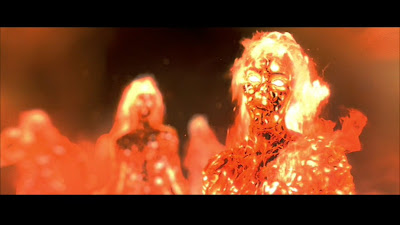 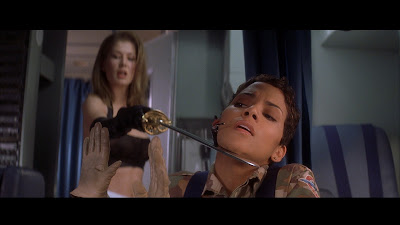 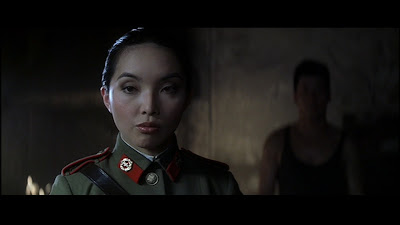 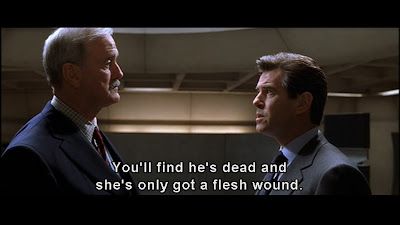 You get it?  He's telling John Cleese that it's just "a flesh wound".  Hardy-har-har. 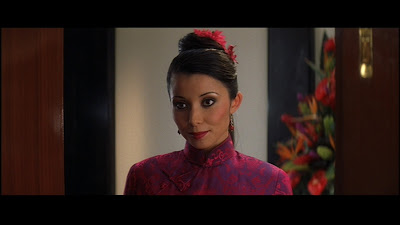 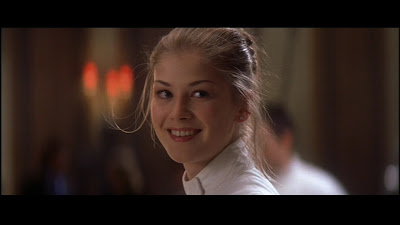 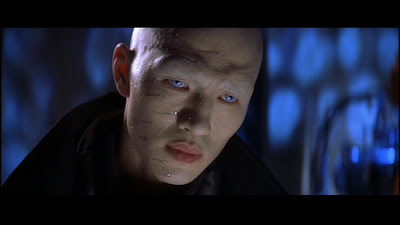 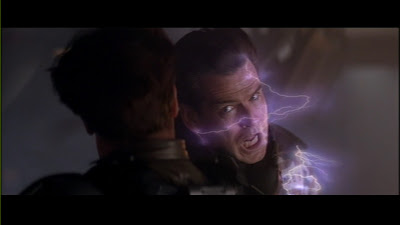 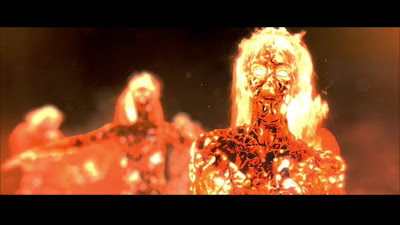 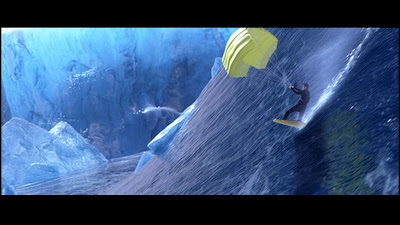 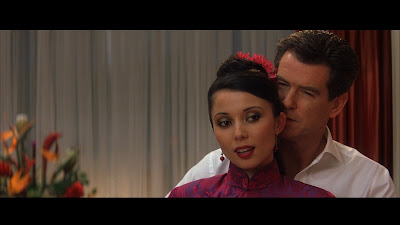 Email ThisBlogThis!Share to TwitterShare to FacebookShare to Pinterest
Labels: James Bond series, John Cleese, Pierce Brosnan
Newer Post Older Post Home
All reviews are a work in progress. All opinions are mine. All mistakes are mine as well.
[Update 03/01/2020: Current victim of severe mental and emotional abuse. Too depressed to write. I might occasionally edit some older stuff, but there will not be any new reviews until I feel better.]
Dymon Enlow
Austin, TX