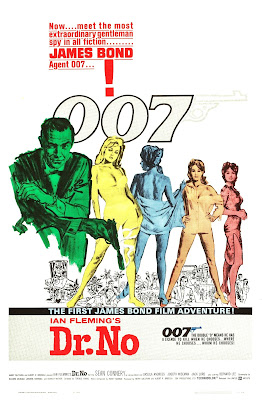 Superspy and cocksmith James Bond goes to Jamaica to investigate the disappearance of a fellow spy. Once there it's a pretty low-key and straightforward investigation. He follows the former spy's footsteps and that leads him to some stuff about radioactive rocks or something, I don't know, but it ends up there's this butthole called Dr. No that has a secret lair on a nearby island and he's sending out evil radio waves to crash American space rockets. Bond has a few minor scrapes including a fake driver, three "blind" assassins, a poisonous spider in his bed and a woman who keeps taking his picture, but the main adventure doesn't start until an hour into the film when he finally gets on No's island which is guarded by a fire-breathing "dragon".

I was shocked at how low-budget and cheap the whole movie looked and the story was just barely enough to keep me interested. Also, Bond didn't have any gadgets! I thought he was suppose to have all kinds of wacky weapons and toys? I guess that doesn't happen until later on in the series? Speaking of series, this is the first movie and Bond is already a seasoned agent and there's really very little back story. As far as villains go, Dr. No was pretty weak, yeah, he had superstrong hands but he never does anything with them! Yawn. His island lair did look cool and I would imagine it was one of the inspirations for the lair in THE INCREDIBLES. That leaves us with the women Bond screws: the girl at he beginning had eyebrows that scared me; the evil girl was weird looking and the girl he randomly meets on the island was alright, but nothing special. Overall a disappointing bunch.

If, like me, you're going to go through the entire series beginning to end then you have to watch the movie, but other than that I'd skip it.

One Thunderballs out of five. 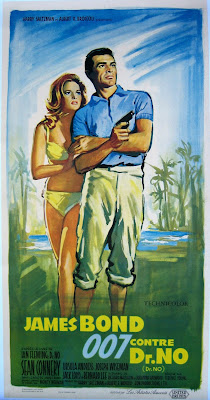 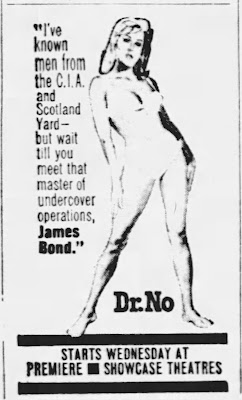 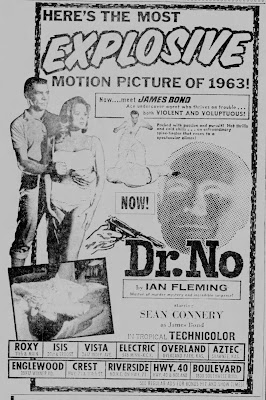 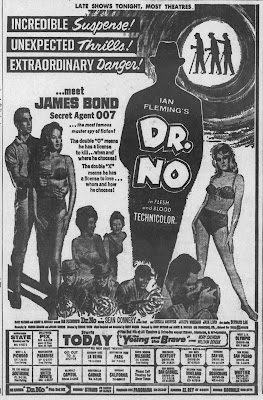 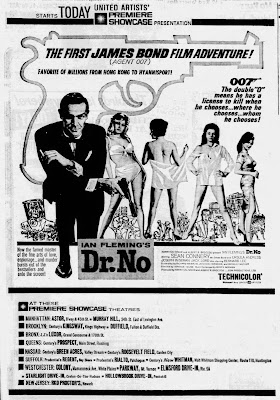 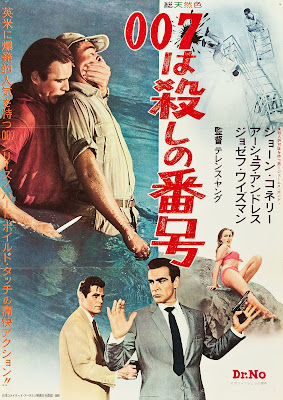 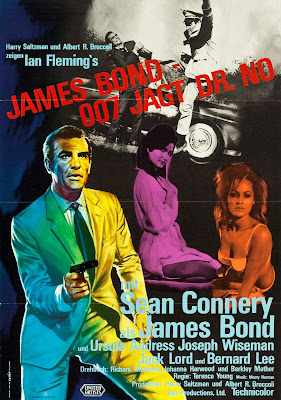 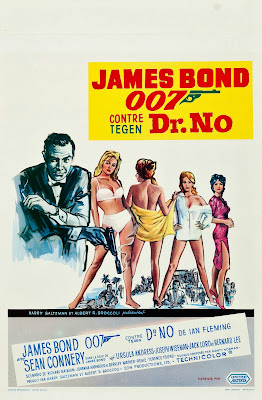 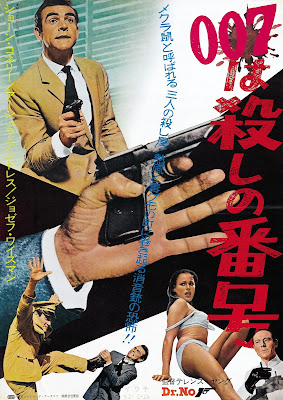 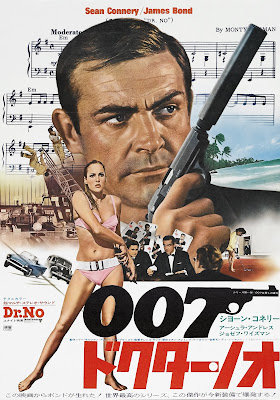 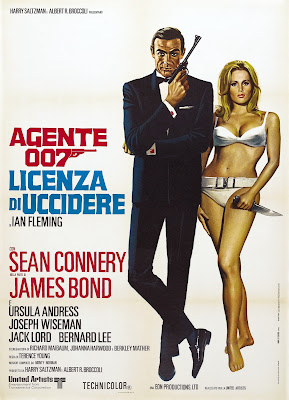 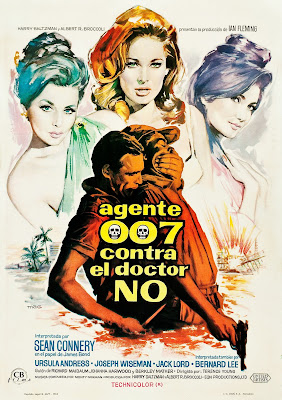 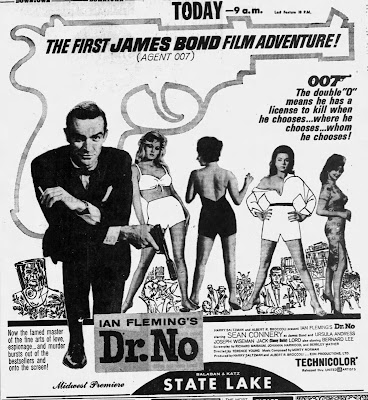 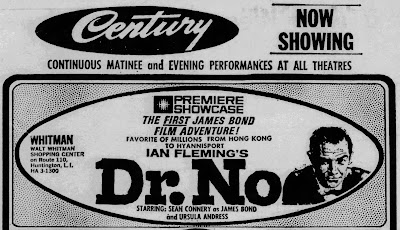 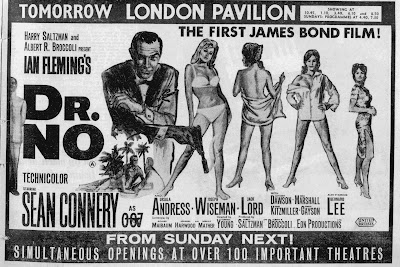 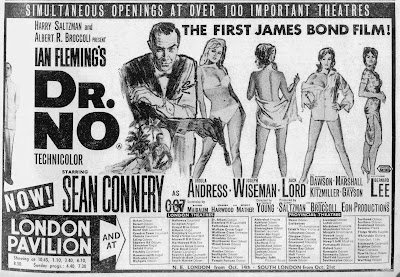 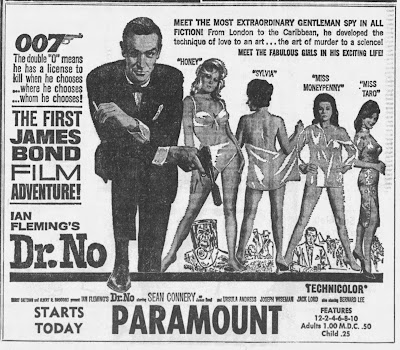 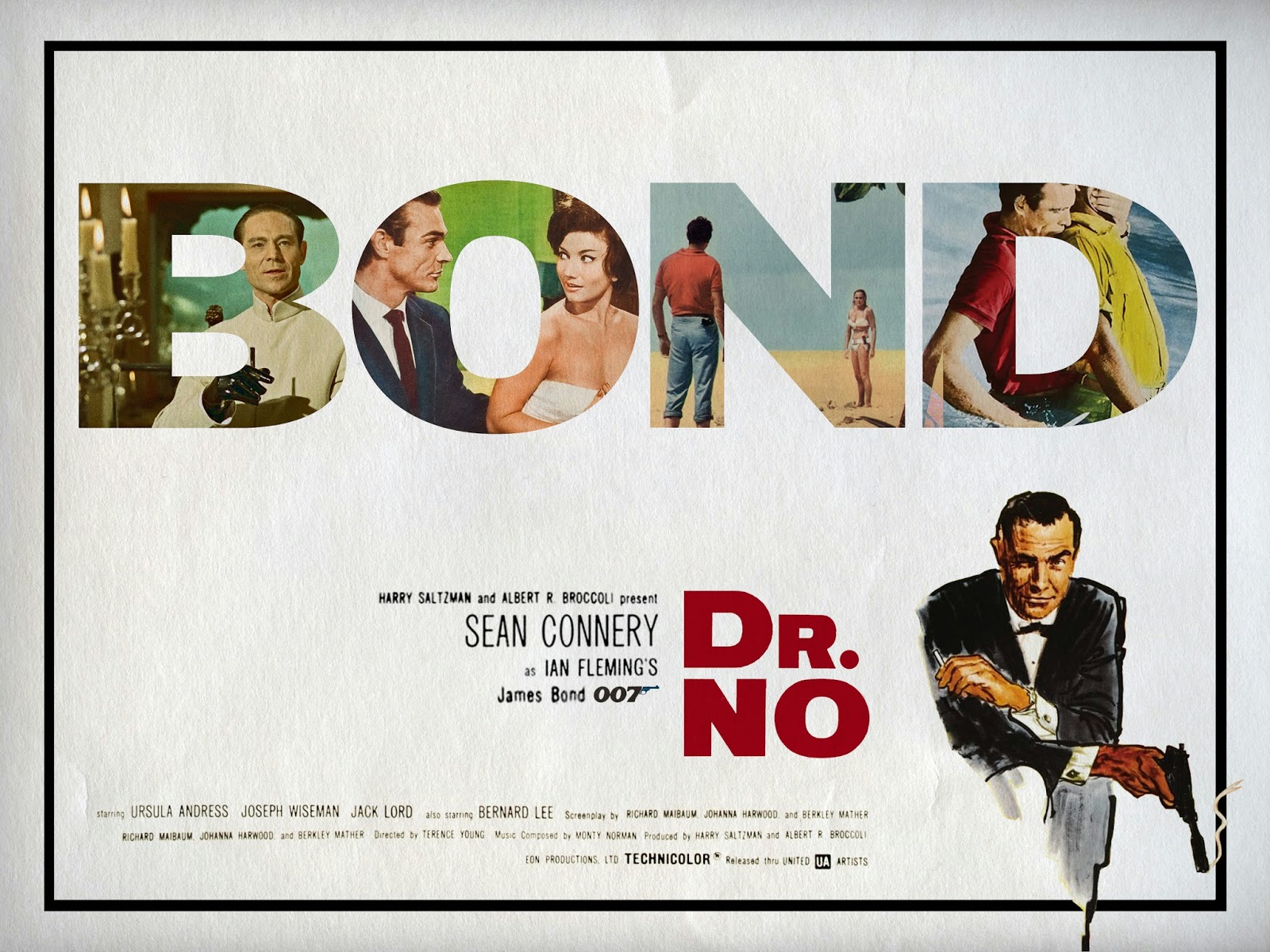 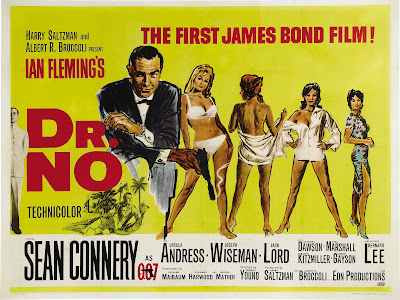 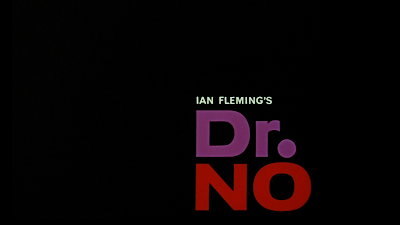 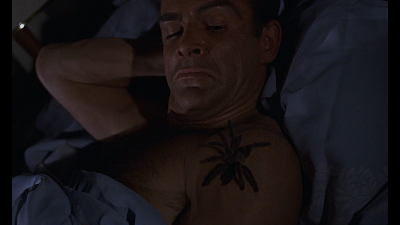 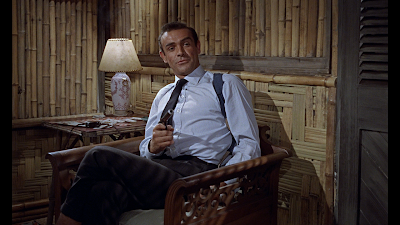 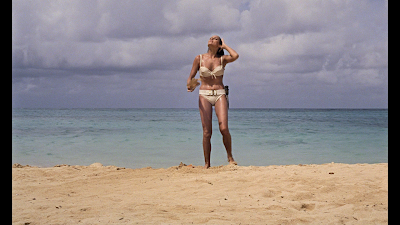 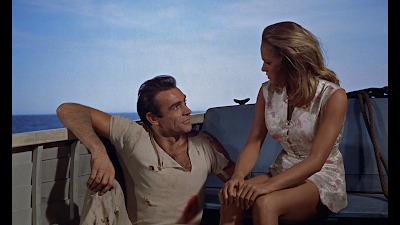 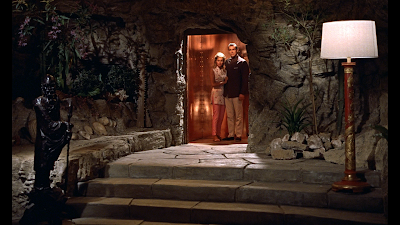 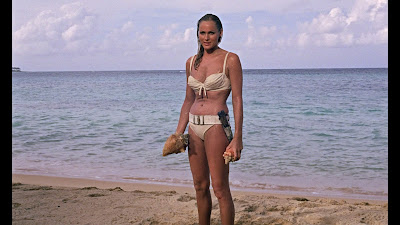 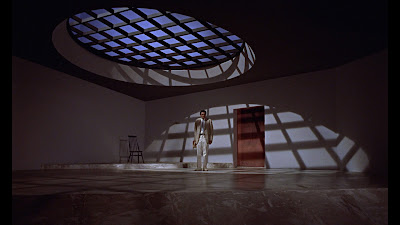 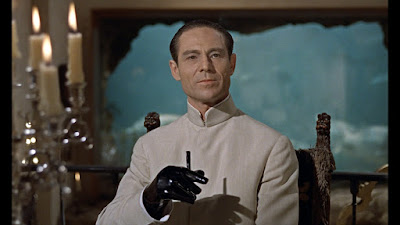 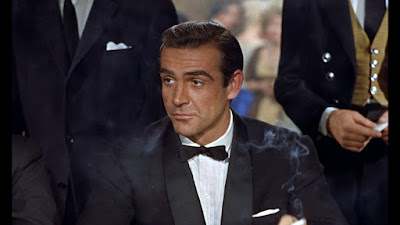