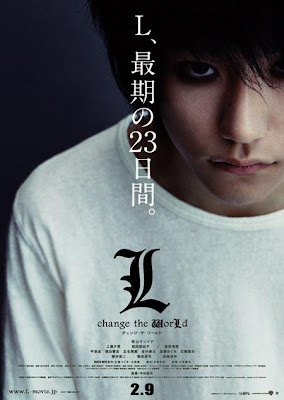 Yawn. This entire movie is about L. Now I like L, but without his nemesis, Light, he's kinda boring. As you remember from the end of Part 2 L wrote his own name in the Death Note saying that he would die peacefully in 23 days. This is the story of what happens during that time.

It's entertaining, but without Light or Misa (my god she was hot!) or Ryuk the whole thing is disappointing. It's like if there was an episode of "Buffy" starring only Giles. Honestly, if you're a big DEATH NOTE fan I would just skip this film, it's just going to disappoint you. As a stand alone film it's OK, but still boring. Skip it.

I guess I could tell you the plot: L has to stop some terrorist from releasing a deadly virus that will kill everybody on the planet. Of course, if he didn't burn the Death Note at the beginning of the movie he could just kill them. Then again that would be against L's morals. 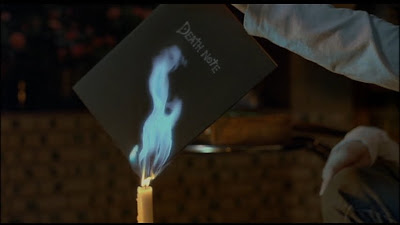 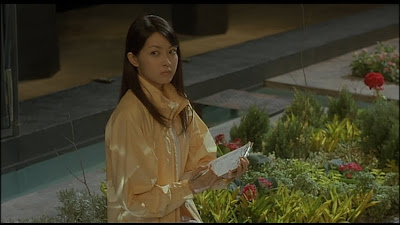 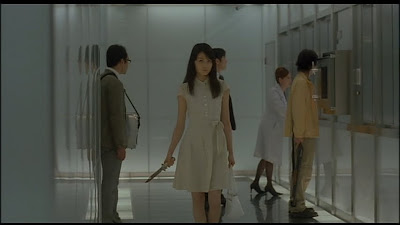