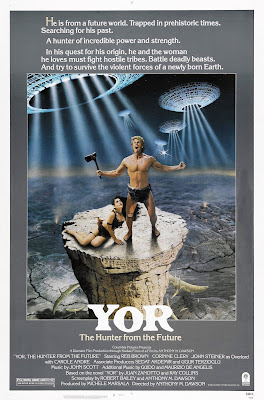 Cavemen vs. dinosaurs and robots!!! Well, that's something you don't see everyday...unless of course yor reading this review far in the future and maybe even on another planet where cavemen fighting robots is an everyday occurrence.

Yor is a blond-haired, buff cavemen and one day he beats up a dinosaur and saves a sexy chick. She introduces him to her tribe and they ask about his shiny medallion. Suddenly, the village is attacked by a gang of apemen who kidnap all the women and take them to their cave. Yor kills a giant bat and uses the corpse as a hang glider to swoop down and save his new girlfriend. After that, Yor travels on to solve the mystery of shiny medallion.

The 1980's was flooded with these kind of caveman barbarian movies and YOR is pretty middle of the road.  Mild action, women in skimpy outfit but still zero nudity, zero gore or blood, sub-TV level special effects, average acting.  I'm sure there are big fans of this movie, but outside of a few laughs, I can see anybody wanting to watch this more than once. 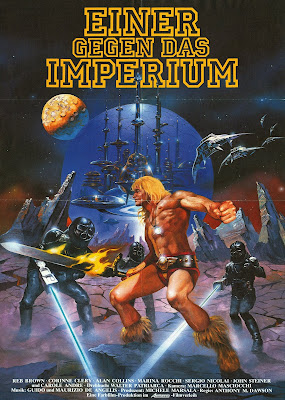 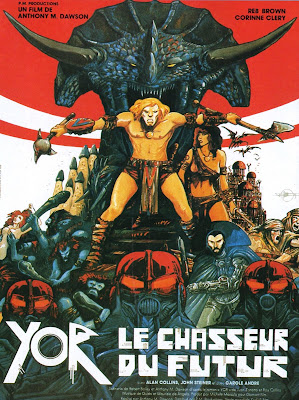 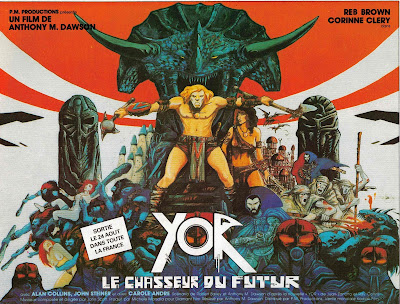 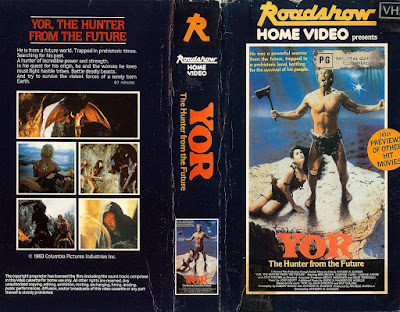 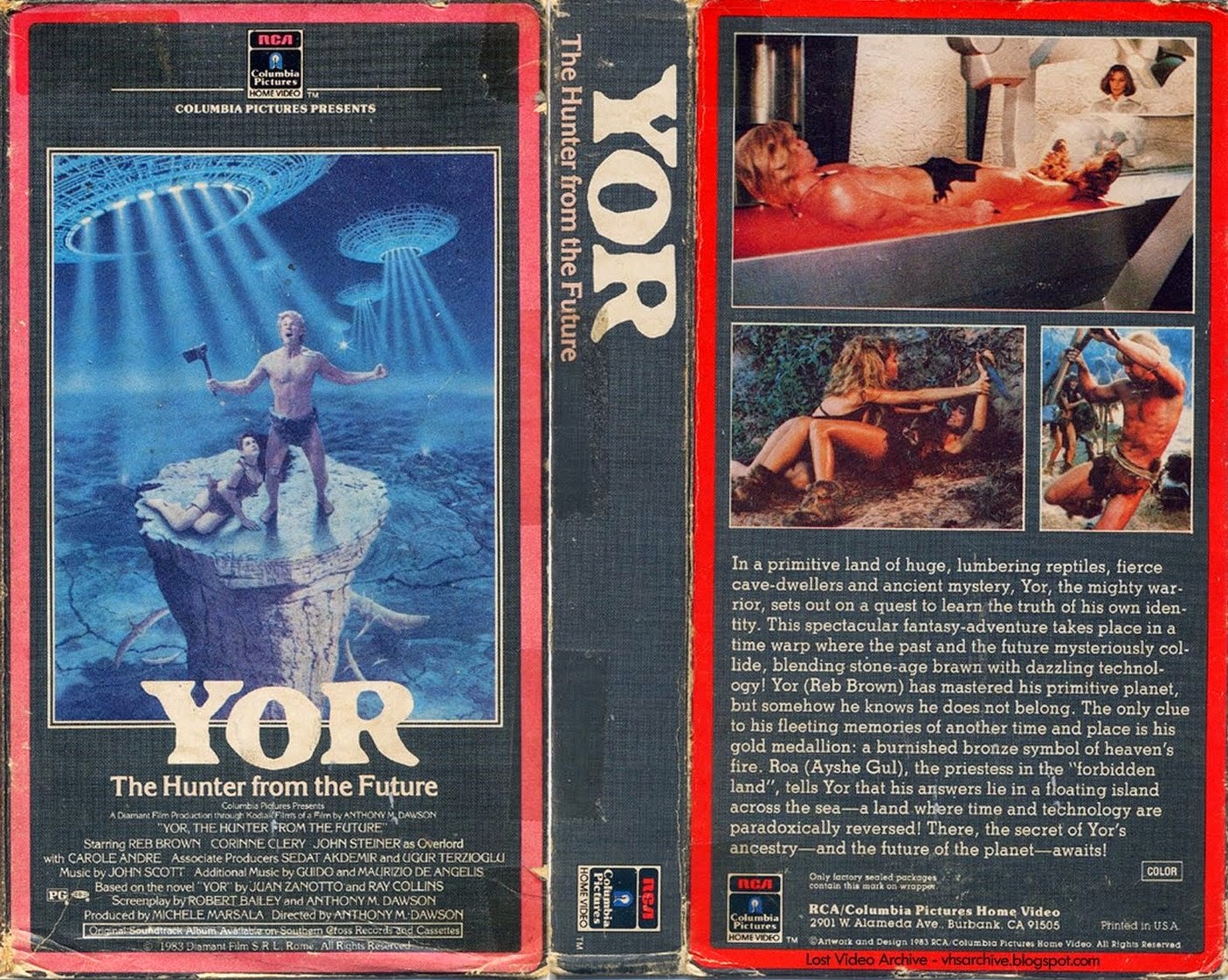