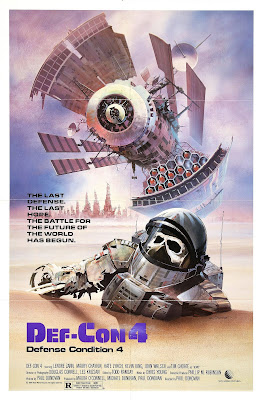 Three astronauts are in orbit in a space station when WW3 breaks out on earth. From their high advantage point they watch nuclear missiles destroy all of the major cities on the Earth. Bummed out and depressed they float around for a few more months before their navigation computer is mysteriously taken over from somebody on down below and they crash down on an American beach. They soon learn that the survivors of the war are cannibals!

That sounds super exciting and for the first 20 minutes or so I enjoying it, but once they get to Earth the entire story falls apart and it's just your standard post-apocalyptic survival story that we've all seen before a million times, except this time there little action and no nudity.

Low budget, boring script with zero tension or likable characters, the "school girl" character is fugly and the action scenes are sub-"The A-Team" level. Skip this movie. The poster though is a real attention getter and probably the reason why 95% of the people who actually watch this movie ever wanted to see it. I know it tricked me. 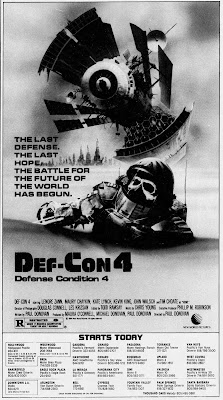 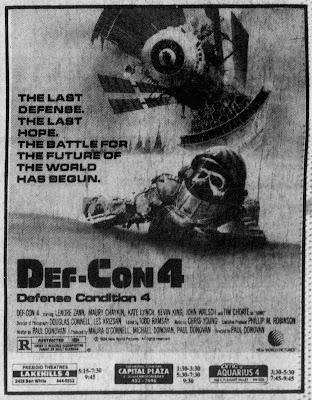 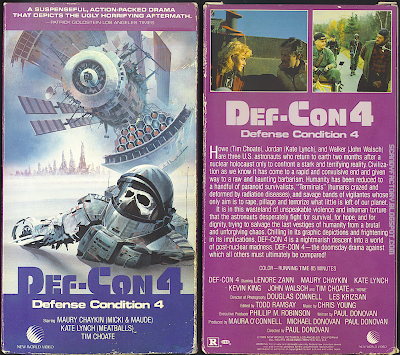